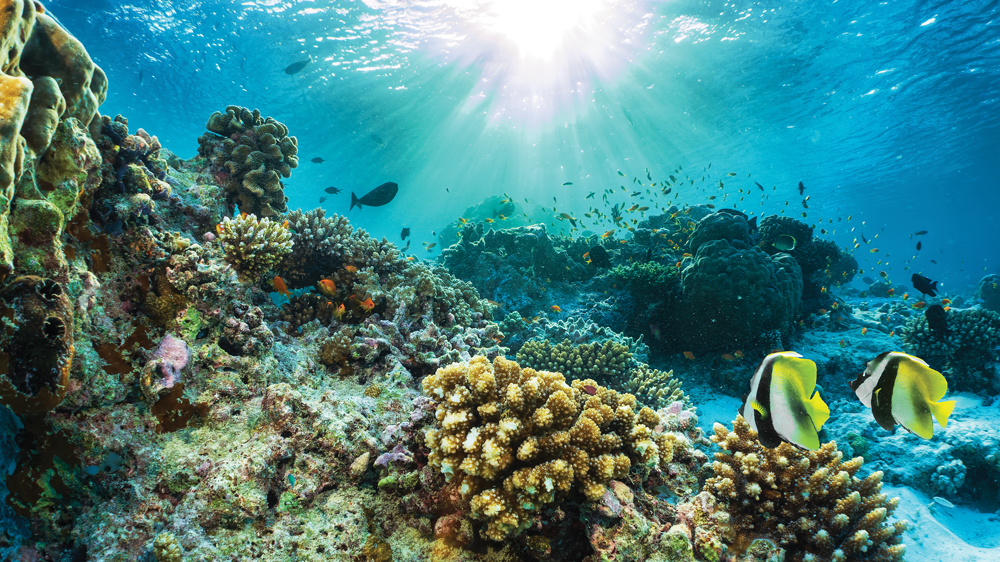 Laurent Ballesta was fed up. It was 2012, and the French marine biologist and underwater photographer had spent three years seeking a sponsor for an ambitious expedition to find, photograph, and film a living fossil known as the coelacanth in the deep waters of South Africa’s Sodwana Bay.

After making the rounds of the Swiss watch industry, Ballesta had finally scored a meeting with Blancpain CEO Marc Hayek, who’d invited him to the Baselworld watch fair in Switzerland. He assumed he’d have five minutes to pitch his Gombessa project.

“We spent one hour and a half talking about diving, about the natural history of the famous coelacanth, and the project,” Ballesta recalls. “He did not need any explanation to understand it would be a world-first in the diving industry. He said we would find a solution and they’d call me back. When I was in my car, driving to my home in France, 700 kilometers away, I thought, What just happened?”

Here’s what happened: Blancpain—whose history with the ocean dates to 1953, when it introduced the first modern dive watch, the Fifty Fathoms—not only supported Ballesta’s project in 2013; it has also served as the chief sponsor of his four subsequent Gombessa expeditions, including an upcoming 2019 mission to explore the waters of the French Riviera at depths greater than 330 feet.

“I believe that to respect and protect, you must love, and to love, you must know,” says Hayek, an ardent diver. His brand’s work with Ballesta is just one element of its Ocean Commitment initiative, a multitentacled sponsorship program dedicated to raising awareness about ocean-related issues.

Blancpain isn’t the only high-end watchmaker helping to illuminate what goes on under the sea. A cohort of brands eager to promote their eco-consciousness—and, sure, sell some water-themed timepieces while they’re at it—are plunging eagerly into the ocean-related philanthropy sector. IWC Schaffhausen was among the first to tout its marine sustainability credentials, when in 2009 it sponsored environmentalist David de Rothschild’s 10,000-nautical-mile journey across the Pacific Ocean in the Plastiki, a boat made from plastic bottles.

More recently, at the Baselworld fair in March 2018, Breguet announced its support of the Race for Water Foundation, a Swiss nonprofit dedicated to raising awareness of ocean preservation and plastic pollution through the voyage of the Odyssey, a state-of-the-art vessel currently sailing the high seas to collect and analyze plastic waste in order to find solutions to this blight on the world’s waters. Naturally, Race for Water crew members are outfitted with a special edition of the Breguet Marine 5517 timepiece in titanium.

But are these efforts working? Or are the initiatives simply paying lip service to a cause du jour?

Ask the people on the receiving end of watchmaking’s largesse and you’ll find a slew of believers. “I like to see the dial being turned,” says big-wave surfer and free diver Mark Healey, who recently teamed with the British watchmaker Bremont on a timepiece called the Waterman. Its sales help fund Sustainable Coastlines Hawaii, a Honolulu-based nonprofit that organizes beach cleanups around the islands.

While Kahi Pacarro, executive director of the organization, couldn’t disclose the amount of Bremont’s Waterman contribution, he detailed exactly how it was spent: “Funding went to executing the 5th Annual Mo’omomi Cleanup on Aug. 18,” Pacarro wrote in an email. “We had 417 people help remove 45,000 lbs of debris (22.5 tons). It was the dirtiest beach we ever cleaned up. The shocking part was that it was almost 99 percent debris from abroad, not local. This is why the global status of Bremont drawing attention to cleanups and plastic pollution education in Hawaii is so relevant.”

Indeed, Rolf Studer, co-CEO of Oris watches, is convinced that the ocean-related projects the brand has sponsored since 2010 are, first and foremost, communication efforts.

“Part of the money you will spend on a watch will go to fund an organization fighting plastic,” says French documentary filmmaker Jérôme Delafosse, who is sponsored by Oris. Besides, he adds, in an era of throwaway purchases, mechanical timepieces are important symbols: “Watches are a luxury good that could be seen as useless, but they create jobs, create richness, and the thing is, they’re made to last.”