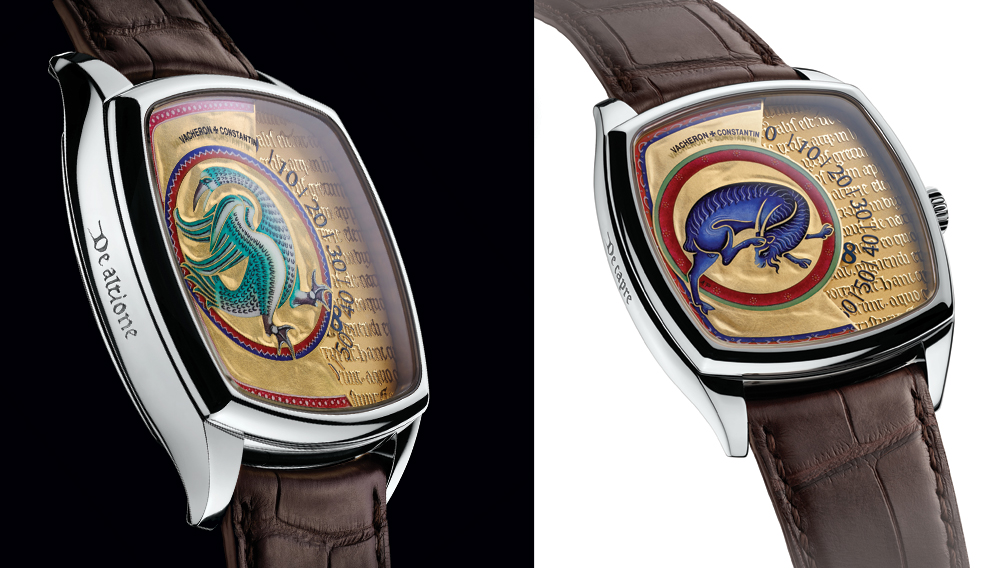 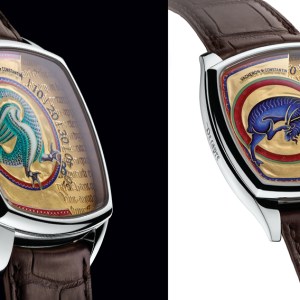 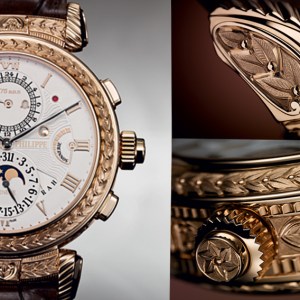 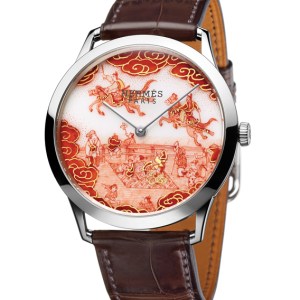 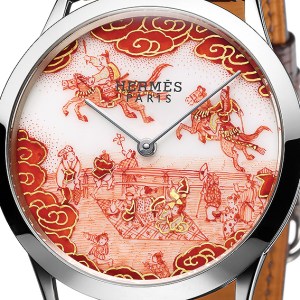 Watchmaking is a de facto preserve for global handicrafts.

Visiting the russian town of Vyatka in 1837, Alexander Nikolaevich Romanov was seized by the urge to buy a pocket watch. The timepiece he coveted was expensive—nearly twice the cost of a watch cased in gold—though that did not concern the future czar. What really caught his attention was that the watch was locally made, completely carved out of wood.

The maker was a man named Semyon Ivanovitch Bronnikov, a carpenter who taught himself horology while repairing wooden clock enclosures. He became a watchmaker by trial and error, cutting his gears by hand and fitting his wooden movements into cases of birch; only the springs, pivots, and pinions were metal. He taught this métier to his sons, one of whom passed his knowledge on to his own son. By the early 20th century, when the last of the dynasty retired, the Bronnikovs had likely built some 500 timepieces. Wooden watchmaking was a bona fide Vyatka tradition and the demise of the custom was a loss to Slavic cultural heritage.

Nearly a century later, a young Ukrainian cabinetmaker became interested in horology while restoring the cases of old grandfather clocks. Like the Bronnikovs, Valerii Danevych had no metalworking skills—let alone horological training—so he started making clocks instinctually, crafting his own wooden gears with a saw. The Bronnikov watches, some of which are now in the State Hermitage Museum in St. Petersburg, soon inspired him to try his hand at miniaturization. He began creating pocket watches and wristwatches of increasing complexity, culminating in a dual retrograde wristwatch with flying tourbillon.

Danevych’s Retrograde took 1,800 working hours to complete. Aside from several springs, all 188 parts (including pinions and pivots) are wood, a feat he achieved by taking advantage of the distinct physical characteristics of materials ranging from bamboo to ironwood. Some of these woods even surpass metal in certain respects, including self-lubrication. (Natural oils in woods were also exploited by John Harrison, an early carpenter-turned-watchmaker whose first record-breaking marine chronometer used oak cogs.) Revitalizing the Bronnikov tradition, Danevych shares the richness of traditional crafts and also reminds us how easily they can be lost if not continuously practiced.

The importance of old-world métiers d’art has been recognized by no less an institution than the United Nations, which has also acknowledged their precariousness: In recent years, UNESCO has broadened international protection of World Heritage Sites to encompass “intangible cultural heritage” ranging from Chinese calligraphy to Zmijanje embroidery. Yet the UN’s guardianship is fundamentally defensive. Cultural heritage needs to be practiced and appreciated, and no institution or industry is more actively promoting and advancing historic métiers d’art than haute horlogerie.

In 1839, two years after Semyon Bronnikov sold his first pocket watch, Antoine Norbert de Patek and François Czapek started an horological partnership in Geneva. Patek, Czapek & Cie. specialized in decorating watch cases, a business that thrived since no watch was considered complete unless it was elaborately engraved.

The craft required years of training and was notoriously unforgiving. An artisan had to control the tip of his burin with nothing more than the strength of his hands, confidently embellishing precious metal with arabesques and heraldry. Exquisite workmanship established the new brand, which became Patek Philippe, a company renowned for combining fine watchmaking with choice artistry and for nurturing generations of craftsmen.

Then tastes changed. By the 1970s, nobody bought highly decorated watches and there was no longer a market for engravers. Faced by the prospect that artisans would seek other kinds of work and their skills would be lost, Patek continued to commission engraving, quietly putting unloved watches into storage.

It has taken just a few decades for Patek’s decision to be vindicated, and the talent of the brand’s engravers is now matched once more by the appreciation of collectors. The new Grandmaster Chime, released for the company’s 175th anniversary, is as lavishly ornamented as the most accomplished 19th-century creations. Every facet of the reversible rose gold case is engraved, complementing the supremely complicated 1,366-component movement and testifying to the vitality of case engraving as an art form.

Yet engraving was not the only traditional watchmaking métier threatened in the late 20th century, and Patek Philippe was not the only company to take responsibility for preserving the Swiss watchmaking heritage. Vacheron Constantin was also a crucial patron, sustaining the livelihood and savoir faire of artisans in disciplines like enameling.

The value of what the brand preserved is evident in its latest collection of enamel-dialed watches, which feature the craft of miniature painting. The Métiers d’Art Savoirs Enluminés take inspiration from an art form that truly has gone extinct: the medieval art of manuscript illumination. Vacheron Constantin has selected three painted miniatures of mythical Celtic creatures from the 12th-century Aberdeen Bestiary, each faithfully reproduced on the upper level of a complicated gold watch dial.

The dials are created using the medieval technique of champlevé, in which gold is carved away and replaced by layers of enamel made of ground glass that fuses to the metal in a furnace. To emulate the rich hues of the original Aberdeen illumination, the enamels are colored with metallic oxides. The delicate features of the animals are replicated by applying enamel with a fine brush in many translucent layers, firing the dial after each application. The enameller must know how the metal oxides will interact with each other and react to the heat of the fire, depending on years of experience and sometimes generations of expertise.

Without an industry to support the art form, individual artisans might not have the means to develop their craft and a millennium of accumulated knowledge could be forgotten. Such were the prospects in the 1970s. Yet through contemporary haute horlogerie—supported by the connoisseurship of collectors—métiers d’art associated with old-world watchmaking traditions are instead undergoing a renaissance.

Visiting the Ishikawa Prefecture of Japan in 2014, Philippe Delhotal heard about a painter so dexterous that he could inscribe a Buddhist prayer on a grain of rice. As the artistic director for La Montre Hermès, Delhotal was curious. He sought out 70-year-old Fukushima, a master of red painting on porcelain known as aka-e, and inquired whether Fukushima would be willing to create two dozen Hermès watch faces by applying his traditional glazing technique to porcelain dials made in Sèvres

The result was a first for both aka-e and watchmaking. Depicting a legendary Japanese horse race delicately painted in shades of red and ochre with gold embellishment, the Slim d’Hermès Koma Kurabe brings to watchmaking a 19th-century métier d’art conventionally applied to vases, and brings to aka-e a new source of patronage. From the standpoint of haute horlogerie, all cultural heritage is esteemed and every métier deserves consideration.

Maki-e—a type of lacquerwork in which powders of precious metal and pigment are embedded between layers of resin to create images in relief—has also recently begun to enhance and be enhanced by haut de gamme watchmaking. Originating in eighth-century Japan, the art form is treasured by the Japanese Imperial Household, which over the past century has commissioned some of the finest examples from the Yamada Heiando Studio.

Several years ago, Yamada Heiando began to make dials for Chopard L.U.C XP Urushi watches. The work is personally undertaken by Minori Koizumi, the studio’s master craftsman. To make his most recent dial celebrating the Chinese Year of the Goat required dozens of applications of powder and lacquer, sequentially deposited and polished by hand over a full month. Each layer contributes depth, but Koizumi must also take care to avoid buildup that would obstruct the watch hands. To serve the needs of horology, the traditional technique has been adapted: As a métier d’art, maki-e is both ancient and novel.

A similar renewal is taking place with gem carving, or glyptic, which dates back to ancient Mesopotamia, where insignia were cut into stone cylinders used as seals. In Greco-Roman times intaglio- and cameo-cut gems were set in jewelry, and by the Renaissance Italian artisans composed whole scenes in carved jaspers and agates. Avid collectors of glyptic included Lorenzo de’ Medici and Catherine the Great. The craft has been neglected over the past 150 years, however, and few masters of glyptic persist.

In the Geneva-area municipality of Carouge, Chanel found one of them and commissioned him to make carved stone dials for its Mademoiselle Privé ladies’ watch collection, inspired by imagery of birds on Coco Chanel’s antique Coromandel screens. New tools had to be designed to manipulate the minuscule pieces of carnelian, turquoise, and lapis, and the thinness of the dial required that the scenery be rendered in forced perspective. With Mademoiselle Privé, Chanel is not only helping to return glyptic to its former glory but also inspiring glyptic artisans to be inventive.

In much the same way, micromosaic was once among the most coveted of arts, only to be nearly forgotten. Developed in 18th-century Rome where they were known as eternal paintings, the diminutive mosaics decorated jewelry and vases. Like the ancient floor and wall mosaics that inspired them, micromosaics were crafted by fitting together thousands of tiny colored glass pieces to make images or patterns. Unlike mosaic floors, some micromosaics used semiprecious stones. They reached their peak with Napoleon, who gave them to dignitaries he sought to impress, and now they are regaining their former prestige through the efforts of Cartier.

Over the past few years, the company has presented several watches with micromosaic dials. One of the most recent examples, depicting a white Royal Bengal tiger, incorporates irregularly shaped cacholong tesserae on a background of square-cut lapis lazuli, dumortierite, and blue agate tiles. Each watch face includes more than 500 minuscule stones and each composition takes more than 60 hours of painstaking labor.

But time is even more significant in another sense. Like any métier d’art, micromosaic takes years to master. By continuously producing micromosaic dials and presenting new challenges, Cartier sustains the art form as artisans mature.

The term “métier d’art” evokes heritage. By nurturing and reviving traditional crafts, haute horlogerie ensures that heritage does not become history. However, sustaining ancient arts is not enough; haute horlogerie reaches its full potential when it also begins new traditions of craftsmanship by creating new métiers.

This year the future comes courtesy of Harry Winston. With its Premier Precious Butterfly collection, the company has invented a technique that may one day be as classic as micromosaic or maki-e. Watch faces are colored with iridescent powder dusted from the wings of butterflies, making the powder fundamentally unlike the pigments used in paints, glazes, enamels, and lacquers. Pigments take their color by absorbing a specific wavelength of light, but because the coloration of butterflies is structural, light waves are selectively refracted and reflected. With the Premier Precious Butterfly collection, Harry Winston puts this vivid effect in the hands of artisans.

And that is where all great métiers d’art begin. Just consider the creative handiwork of Semyon Ivanovitch Bronnikov.