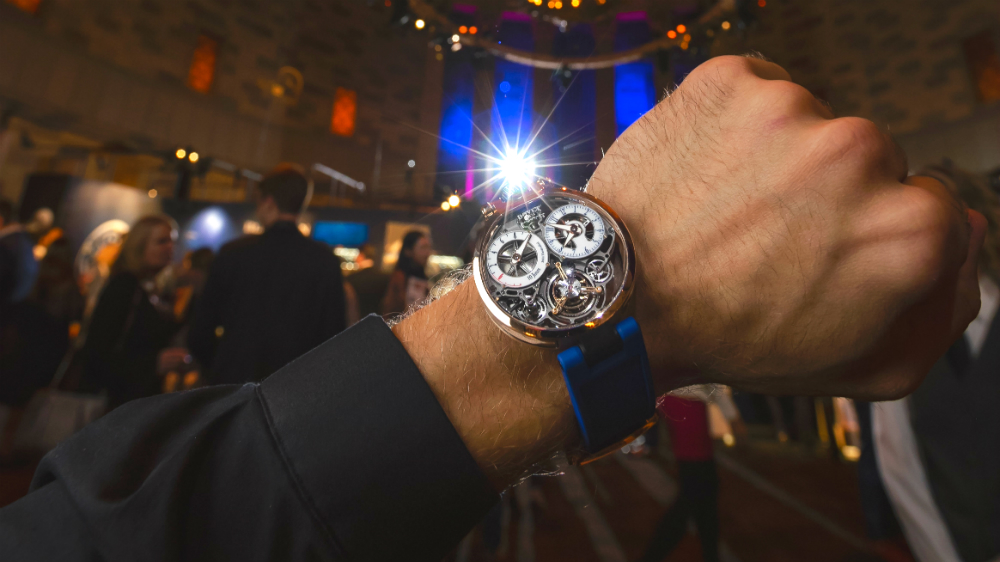 For the better part of the three-decade-old mechanical watchmaking renaissance, collectors and enthusiasts keen to touch and feel the year’s newest timepieces had to make their way to Switzerland. Those based in New York City had slightly better odds of seeing the watches they coveted in person, but for fans based in Southern California, the chances of spotting a sought-after model in the wild depended entirely on the mercy of the brands.

As of next month, however, watch lovers on the left coast no longer have to leave town to see the year’s most important novelties. On May 3 and 4, WatchTime Los Angeles, a spin-off of the four-year-old WatchTime New York event organized by WatchTime magazine, will debut at Downtown LA’s Hudson Loft. All told, 27 participating brands will participate, including major names such as A. Lange & Sohne, Jaeger-LeCoultre and Zenith as well as a cohort of some 15 independent watchmakers like Christophe Claret, MB&F and Parmigiani.

“A lot of brands get stuck on monobrand events but what they don’t realize is that collectors want multibrand events because they get to spend a weekend with all their favorite watch brands, not just one,” says WatchTime publisher Sara Orlando. “It’s about the camaraderie of collectors. They come together and talk about watches. Some are wearing four watches, two on each arm.”

To whet client appetites, Zenith is bringing its Defy El Primero Double Tourbillon, a technologically advanced timepiece unveiled at the Baselworld fair in March and set to make its U.S. debut at the event.

A. Lange & Söhne and Jaeger-LeCoultre will similarly focus on new-for-2019 watches, including the Zeitwerk Date and the Master Ultra Thin Tourbillon, respectively. Both models were introduced at Geneva’s Salon International de la Haute Horlogerie (SIHH) in January.

The activities kick-off on the evening of Friday, May 3 with a VIP party that offers collectors the opportunity to mingle with watchmakers over cocktails and hors d’oeuvres. The Saturday agenda features a handful of presentations, including a conversation with the stars of the independent watchmaking scene, Kari Voutiliainen, Romain Gauthier, Roland Murphy (RGM) and executives from Armin Strom, F.P. Journe and HYT, and an afternoon talk by renowned collector Jeff Kingston, titled “The Chronograph 101.”

It wouldn’t be an LA event without a nod to Hollywood, in this case a Saturday panel discussion, “The Hollywood Reporter Presents: Watches and the Movies,” starring the actors and collectors Fred Savage and Morgan King, watch writer Degen Pener, stylist Jeanne Yang and WatchTime’s Mark Bernardo.

For collectors craving face-to-face interactions with the people behind their favorite timepieces, WatchTime LA offers that increasingly rare thing, an analog experience.

“We live in this digital age where everything is consumed through a screen,” says Sevada Andoun, a member of the LA Watch Gang, an enthusiast group whose members meet once a month to talk about horology. “It’s being able to touch and feel materials, try the watches on, and also speak with the watchmakers and brand owners themselves. It’s a simple concept but in this day and age, it’s rather difficult to achieve.”

Tickets to WatchTime LA are available for either the entire two-day event ($150) or Saturday only ($50). For more information, see watchtimeevents.com.