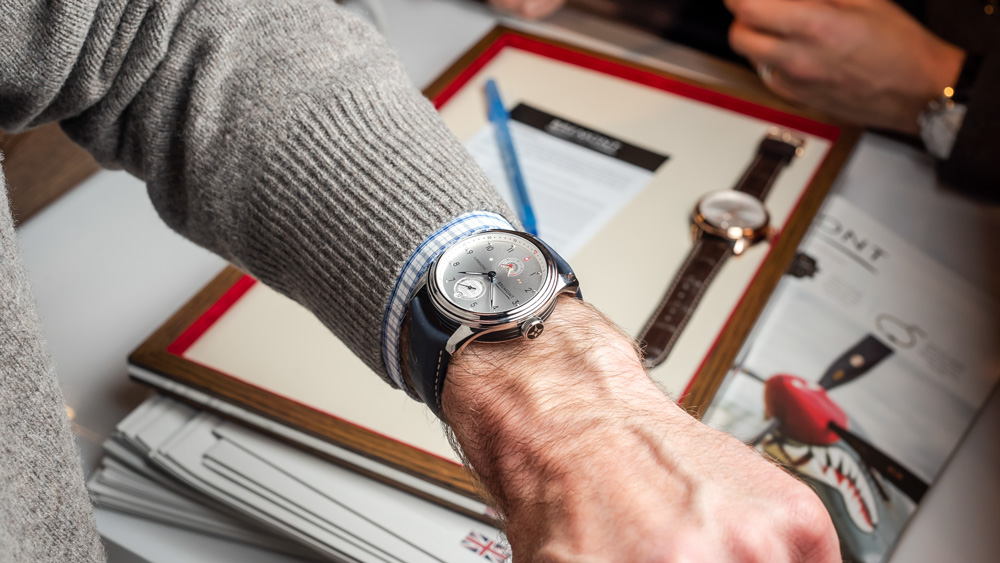 On the heels of a successful West Coast edition, the events team at WatchTime magazine has just announced that WatchTime New York, billed as “America’s largest luxury watch event,” will return to midtown Manhattan in October for its fifth consecutive year, with a record 37 exhibitors.

The two-day ticketed exhibition—which runs Oct. 25-26 at Gotham Hall—will welcome a mix of watchmakers, from big names such as Omega, Breguet and Grand Seiko to boutique brands such as MB&F, RGM and Greubel Forsey.

“WTNY 2019 has almost twice as many participating brands since we created the show five years ago,” says WatchTime publisher Sara Orlando. “This is a clear indication of the changing tides in the industry in terms of the prevalence of direct-to-consumer watch shows.”

The event puts an emphasis on hands-on interactions, with plenty of opportunities for brands and enthusiasts to come together in a social setting. For $150, guests can attend the opening cocktail party on Friday, October 25, from 5:30 p.m. to 9 p.m., where it’s easy to mingle with watchmaking idols such as Kari Voutilainen, Stephen Forsey, Fiona Kruger, Romain Gauthier, Roland Murphy, Rex Rexhepi and Christophe Claret, while enjoying an open bar, hors d’oeuvres, and catered fare. The main draw, according to collectors, is the intimacy of the event.

“The show’s now in its fifth year and has never had more participating brands,” says WatchTime editor-in-chief Roger Ruegger. “Additionally, WatchTime’s celebrating its 20th  anniversary, so people can not only expect a record number of watches, but also one or two surprises.”