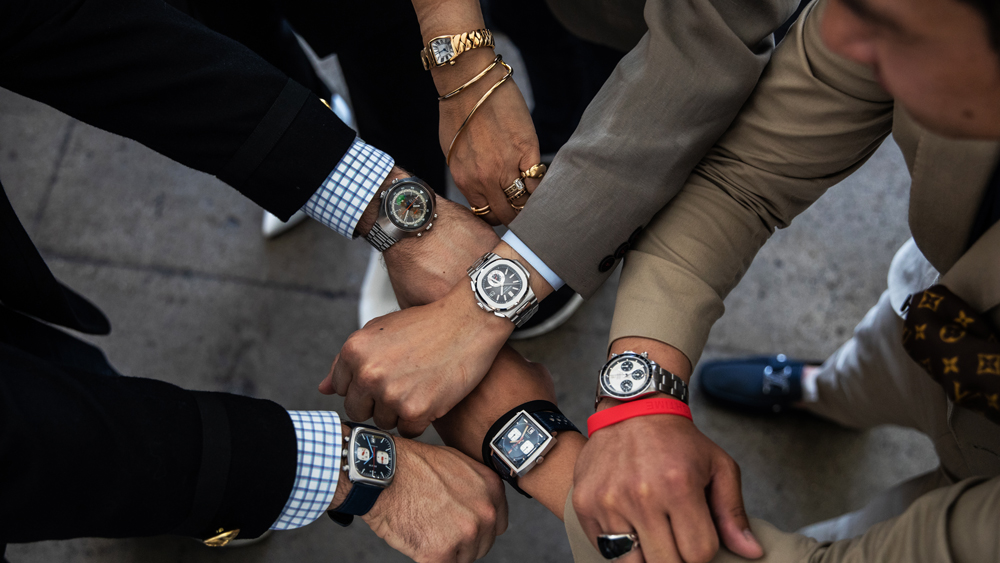 Ryan Radcliffe held a loupe to his eye as he peered inside the movement of Finnish watchmaker Kari Voutilainen’s newest timepiece, the 28 Ti.

The mechanical engineer from Long Beach, Calif., was at WatchTime LA, a luxury watch event held at Hudson Loft in downtown Los Angeles May 3-4; he said Vouitlainen was the main reason he was there.

“I’m obsessed with finishing and all my research led to this guy,” Radcliffe said, adding that he’d heard about the event on Instagram.

The debut of WatchTime’s first Los Angeles-based fair, a spin-off of the four-year-old WatchTime New York event organized by WatchTime magazine, marked the first time so many Swiss brands—27 in total, including major names such as Jaeger-LeCoultre, Montblanc and Zenith, as well as independents like Christophe Claret, Romain Gauthier and Voutilainen—had made the trek to the West coast.

“WatchTime, I really appreciate you guys coming to LA because this saves me a lot on mileage,” joked uber-collector Morgan King, during a WatchTime LA panel discussion.

Local watch lovers weren’t the only ones pleased with the turnout. Oliver Epstein, CEO of Chronoswiss, had flown in from Abu Dhabi, part of a campaign to reintroduce the brand to the U.S. market. “Since we’re reentering the States, we need to get to the end consumer, because if they spread the word, it really helps us,” he said. “The quality of people coming in here is high.”

“It was fantastic to have so many creative, very unique, high-end brands represented, and to have them all in one place made it quite special,” Haymond said, singling out Armin Strom, Greubel Forsey, Kari Voutilainen and Zenith as brands that made a strong impression on him. “We probably had about 20 of our group attending and the feedback universally was how cool it was to have so many watchmakers in one location.”

Dan White, an Orange County-based SEO strategist who also belongs to the Chrono Group, said he used the occasion of WatchTime LA to check out Grand Seiko’s newest women’s watches, including a diamond-set model that he was eyeing as a 10th-anniversary gift for his wife.