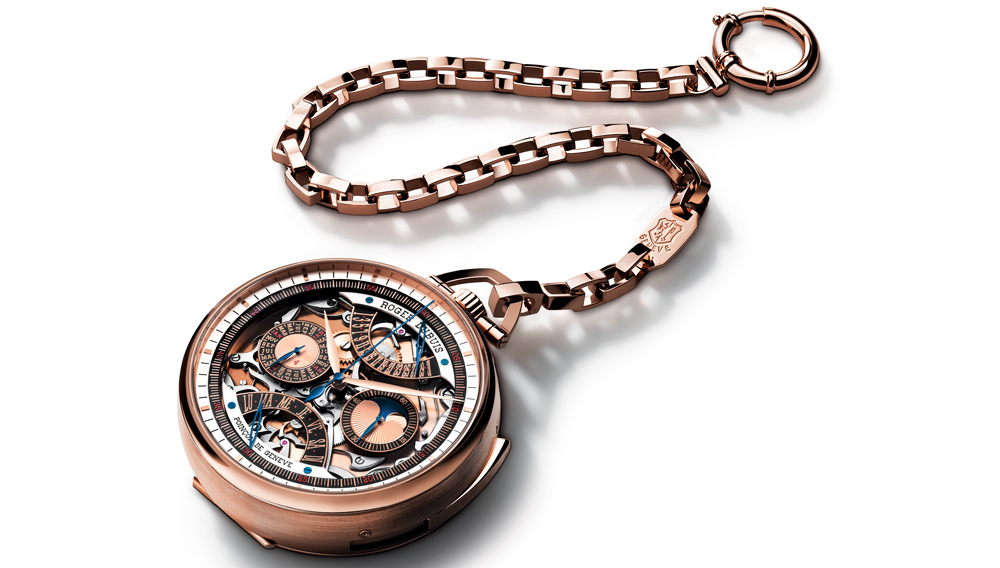 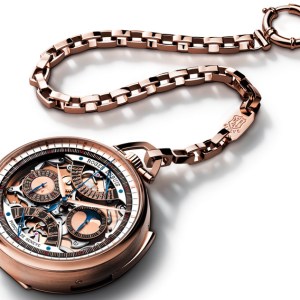 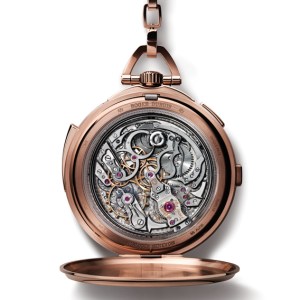 Roger Dubuis embraces its founder’s values with a series of vintage-movement timepieces.

The first in Roger Dubuis’s series of one-of-a-kind timepieces organized around combinations of vintage movements, the Hommage Millésime pocket watch ($892,500) is the most interesting and, in many ways, counter­intuitive project the Geneva-based watch brand has undertaken in years. Although restoring and assembling these mechanisms requires the kind of classical watchmaking skills in which Dubuis himself specialized, the brand that bears his name has pursued much different, more flamboyant mechanical and aesthetic styles in its two decades of operation. Nevertheless, for this initiative the company seeks to reconnect with its roots. “Above all,” says Gregory Bruttin, product strategy director, “it is important for us to turn loose the knowledge of Mr. Dubuis.”

After many years of limited interaction with his namesake firm, Dubuis has made a significant contribution to the Millésime project, sourcing the movements and passing on the techniques necessary to bring them to life. “Mr. Dubuis chose the movements he thought were interesting, and then we discussed how they might be combined,” explains Bruttin. “The difficult part was finding a young watchmaker who could carry the project to completion.”

That person proved to be the 10-year company veteran Pierre Alexandre Gamet, who spent considerable time with Dubuis absorbing his by-hand construction and finishing techniques, many of which, in the present era of watch production, have lapsed into obsolescence. Gamet, who will complete at least six pieces for the line—including wristwatches—eschewed computer-guided milling in the restoration and modification of the first Hommage Millésime pocket watch, which is based on a late-19th-century minute-repeater chronograph ébauche (rough movement) from LeCoultre. The team also grafted onto the dial side a perpetual-calendar mechanism from a movement produced at a Vallée de Joux watchmaking school, taking particular care to align the calendar and repeater functions. Mechanical flourishes such as twin retrograde calendar displays and a figure-eight chronograph lever complete the design.

Like all Roger Dubuis watches, the Millésime is built to meet the criteria of the Geneva Seal. For the last two years, how­ever, those criteria have included precision requirements—provisions the company did not anticipate when it embarked upon its work with such an old movement. Gamet had to negotiate the intricacies of an antique steel hairspring and bimetallic balance wheel, relying on techniques that have all but disappeared from modern factories. “We had to give a 19th-century pocket watch the same precision as a 21st-century wristwatch,” says Bruttin. “But the work also has a philosophical quality. It represents the guardianship of real traditions.”