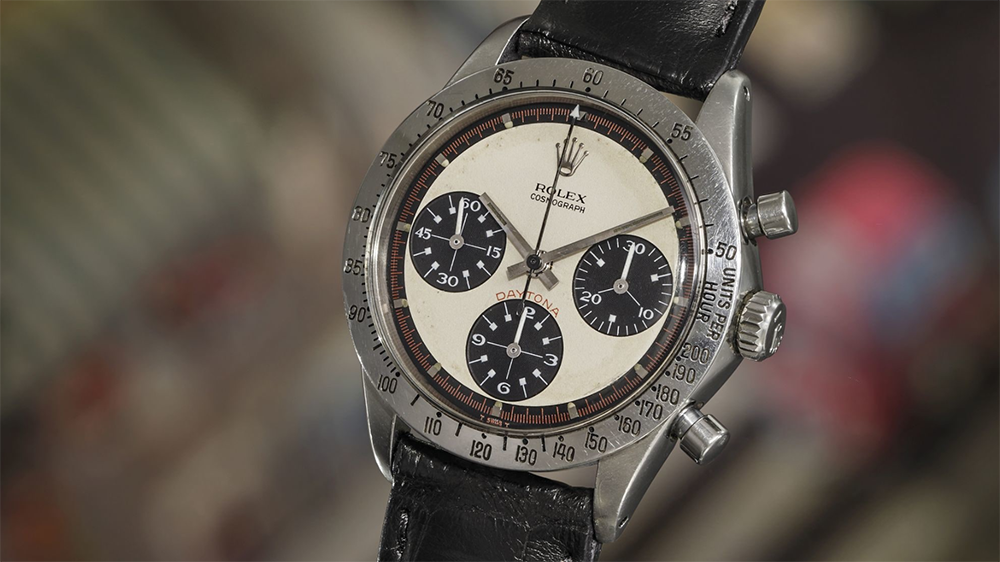 After a four-year hiatus, the world’s most expensive Rolex is back in the public eye.

The watch in question is the one and only Oyster Cosmograph Daytona Ref. 6239 “Paul Newman.” The coveted wrist candy made headlines back in 2017 when it sold for $17.75 million at Phillips to become the single most expensive Rolex ever sold. Since then, the watch has remained out of view—until now, that is.

The legendary timepiece is currently occupying pride of place at the new Academy Museum of Motion Pictures in Los Angeles, which opened its doors to the public on September 30. Rolex is a sponsor of the pioneering facility and arranged for the rarity to be on display for cinephiles and watch buffs alike.

The Rolex on display at the Academy Museum of Motion Pictures.  Rolex

As its moniker implies, the watch once belonged to Paul Newman. The venerated actor’s wife Joanne gave him the watch as a gift. It’s characterized by its unique dial that features a contrasting outer seconds track, a funky modern typeface in the sub-dials and squarish 1-12 indices.

While this model wasn’t exactly a multimillion-dollar hit when it debuted in the ‘60s, it’s now nearly as iconic as Newman himself. In fact, any Daytona with an “exotic” dial is now known as a “Paul Newman” variant and is more or less guaranteed to fetch a handsome fee.

The historic timepiece is located in the Rolex Gallery, a permanent, multi-room experience on the museum’s third floor. Dedicated to the “Stories of Cinema,” Rolex says it will feature special installations that reveal the many aspects of moviemaking, including technology, artists, history and social impact.

Rolex’s presence is really just the cherry on top of this epic new museum. Designed by acclaimed architect Renzo Piano, this hub for film lovers is set across 50,000 square feet and comprises a handful of galleries, two theatres, an education studio and some beautiful public spaces.

Looks like we have more than one reason to head to LA’s newest museum.

Check out more photos of the museum below: