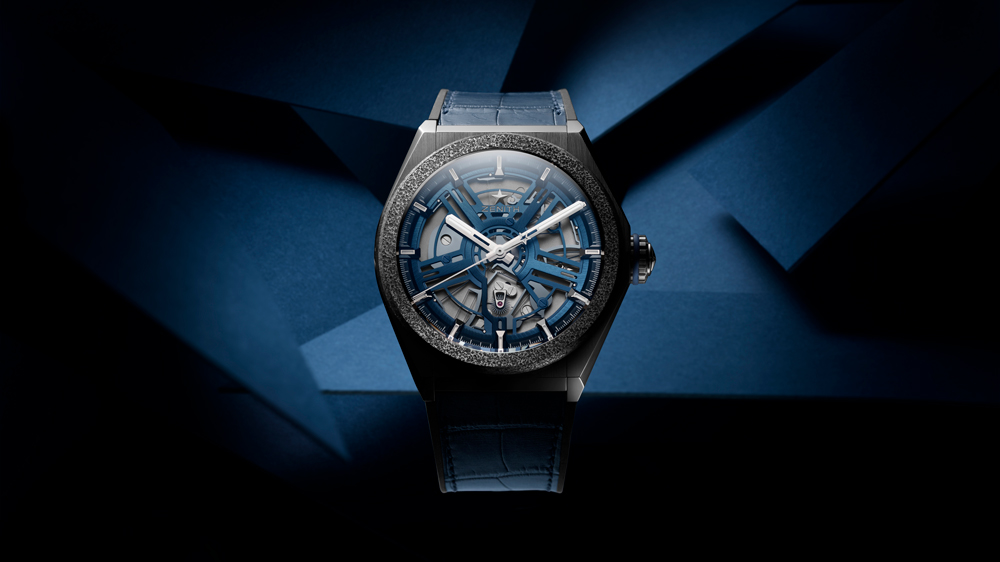 This year marks the 50th anniversary of Zenith’s groundbreaking El Primero automatic chronograph caliber, a milestone the brand is celebrating with a trio of watches packaged in a special collector’s edition presented with great fanfare at the recent Baselworld fair. But don’t let the watchmaker’s nostalgia for 1969 fool you into thinking it’s stuck in the past, content to relive its greatest hits over and over again.

With the debut of this year’s Defy Inventor timepiece, Zenith proves that it’s equally invested in the future. Based on the cutting-edge movement introduced in the brand’s 2017 Defy Lab model, the Inventor features a pared-down escapement with a single-piece silicon oscillator that beats at a precision-popping frequency of 18 Hz, more than four times the speed of most oscillators. While the Lab was made in an extremely limited edition of just 10 pieces, the Inventor comes in a more industrialized edition of several hundred, an important step in bringing this futuristic technology to a wider audience.

The ultra-thin (0.5 mm) silicon oscillator replaces the need for some 30 components—traditional balance wheels and hairsprings that have been used for over 300 years in watchmaking—but it also eliminates the potential for friction and traditional wear and tear, upping the watch’s reliability factor.

“The fact that Zenith is capable of developing and producing an entire mechanical movement complete with regulating organ represents the ultimate achievement for an independent manufacture,” says the company’s CEO Julien Tornare.

The Inventor’s outer shell continues the state-of-the-art theme. Housed within a 44 mm case made of brushed titanium, the wristwatch features a distinctively textured bezel made from Aeronith, an aluminum composite—specifically, open-pore aluminum foam stiffened by a polymer—that’s three times lighter than titanium. The openworked dial, which resembles a stylized propeller, includes five “blades” intended to evoke the five points of Zenith’s star logo.

Boasting 50 hours of power reserve, the Inventor retails for $17,800 and will be in stores this July.