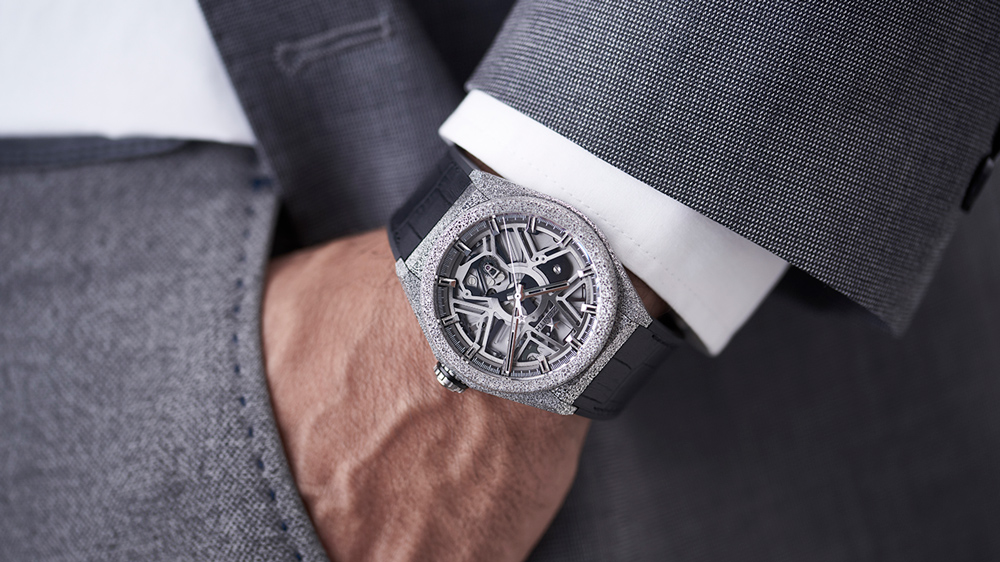 “This is the most accurate mechanical watch existing in the world,” claims Guy Semon, TAG Heuer general director who runs LVMH’s R&D Institute. Semon and his team have developed a completely different oscillator—the basic timekeeping element in a watch—with a new design and materials, debuting it in an assortment of just 10 watches from Zenith.

The development marks a break from conventional balance wheels and hairsprings that have been used in mechanical watches since being invented by Christiaan Huygens in the late 17th century.

The oscillator in Zenith’s Defy Lab is made from monocrystalline silicon, the same material that has produced a variety of new watch parts hailed for their performance in regard to temperature, magnetism, and lubrication. Now cut in a very thin, incredibly complex pattern that spans almost the entire diameter of the movement, it is this single “monolithic” component’s ability to flex that creates a new level of performance.

“Our monolithic approach in silicium replaces 31 components in a normal oscillator with just one,” explains Semon. “The performance is also incredible. It uses much less energy, achieving a longer power reserve with a much higher frequency than a conventional El Primero. It’s to be expected because there is no contact and no friction.”

Supported by multiple hairlike support beams, the new oscillator does not flex very much—just plus or minus 6 degrees versus more than 300 in a normal watch—but it also beats at 15 Hz, more than three times faster than a conventional mechanism. The combination has been observed with a precision within 0.3 seconds per day—a remarkable improvement over traditional -4/+6 second chronometer standards.

With its very large dimension and semi-reflective appearance, the new system turns conventional watch aesthetics on its head, the reason Zenith cased the edition in a foam-like aluminum composite that is ultra-light and aggressively modern. According to Semon, the idea is adaptable to different materials that may allow smaller dimensions in the future. “This is just the first design to explain the monolithic principle,” he says. “We can use many totally different designs and materials, and you will see much more in the years to come.”

LVMH has stated its intention to use oscillators derived from this initial concept in watches across the group and to offer it to the industry at large. The question then becomes whether the performance gains will be enough to overcome watchmakers’ natural conservatism and love for traditional aesthetics. Both Omega and De Bethune have experimented with radical, magnetic-based oscillators that were never widely adopted. For the most part, watch brands have also never tried the multitude of more efficient escapements, from Ulysse Nardin’s to George Daniels’s co-axial, perhaps being loathe to give any additional credence to the rivals who first commercialized them.

If LVMH and Zenith can make their oscillators small enough and visually compelling enough, the other brands may be tempted to swallow their pride.