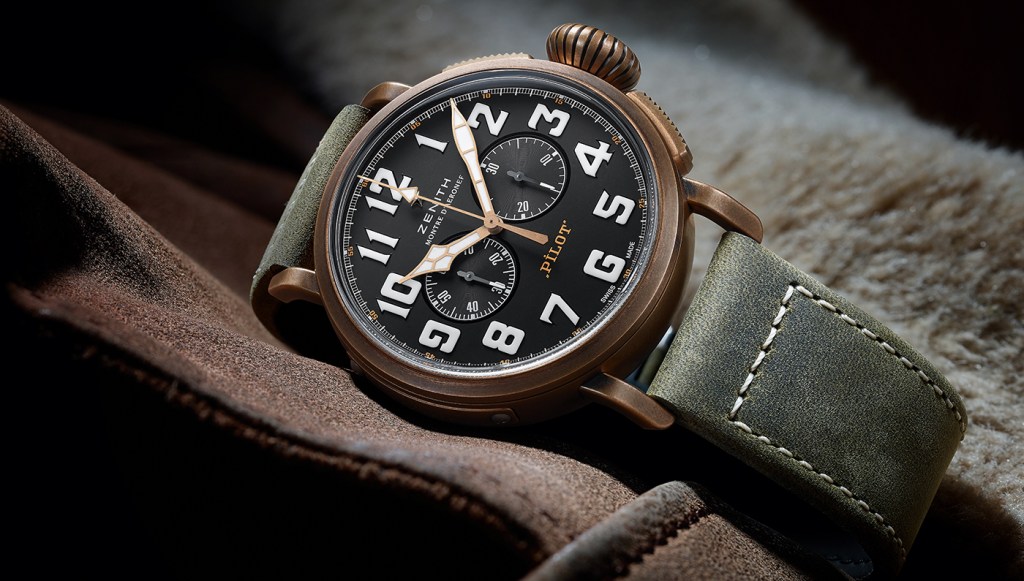 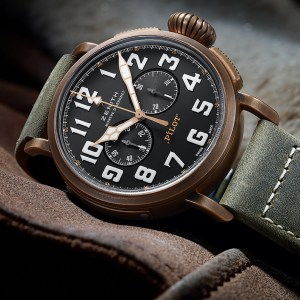 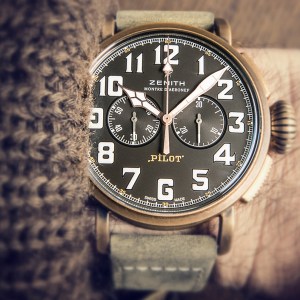 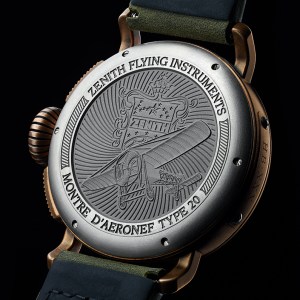 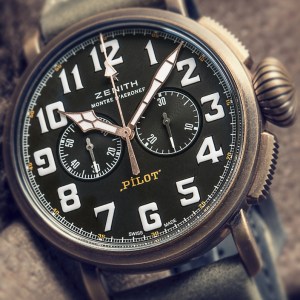 Announced late last night, Zenith watches is keeping the momentum going in 2017 with the unveiling of the new Pilot Extra Special Chronograph in Bronze. After launching two new models in Geneva this past January—the El Primero 36,000 VPH we featured here, and the Heritage 146 chronograph—we weren’t expecting to hear much else from Zenith until we enter the halls of Baselworld next month, and unlike 2016 where the brand directed efforts towards collaborations, this year the focus has shifted back to releases that are more focused on the collector and enthusiast market.

Though the new release is by no means an all-new design, it is a very appealing combination of details seen in past releases. Last year saw the release of the Heritage Pilot Ton-Up, which added a chronograph to an aged steel-cased version of the Heritage Pilot that drew inspiration from the café racer world, and the year before a 45mm bronze-cased 3-hand version of the Pilot Type 20 Extra Special took an early lead on the ever-growing trend of using bronze cases. Effectively the creative offspring of these last two releases, the new Pilot Extra Special Chronograph has a lot going for it and will no doubt the new must-have Zenith for quite a few folks who were previously tempted by its siblings.

Beating at the chronograph’s heart is Zenith’s high-frequency 4069 automatic column-wheel chronograph caliber, running at 36,000 vph (or 5Hz). The movement itself measures 6.6mm thick, and offers a power reserve of 50 hours. When it comes to the case itself the watch isn’t nearly svelte, measuring 14.25mm thick and 45mm in diameter, however when it comes to large pilot watches this isn’t particularly out of line. Having previously worn the 3-hand bronze model we can safely state that the piece has a significant presence on-wrist, but it isn’t too overpowering for those used to more compact timepieces. A healthy dose of C1 Super-Luminova has been applied to its indices and hands to ensure ideal legibility in low-light conditions, and thanks to a screw-down crown the new piece is good for 100m of water resistance so you don’t need to worry about it getting it damp from time to time.

The new chronograph will have a retail price of $7,100, and Zenith will be taking pre-orders on the new piece as of the start of Baselworld next month. First deliveries are anticipated by the end of Q2 (likely May or June).