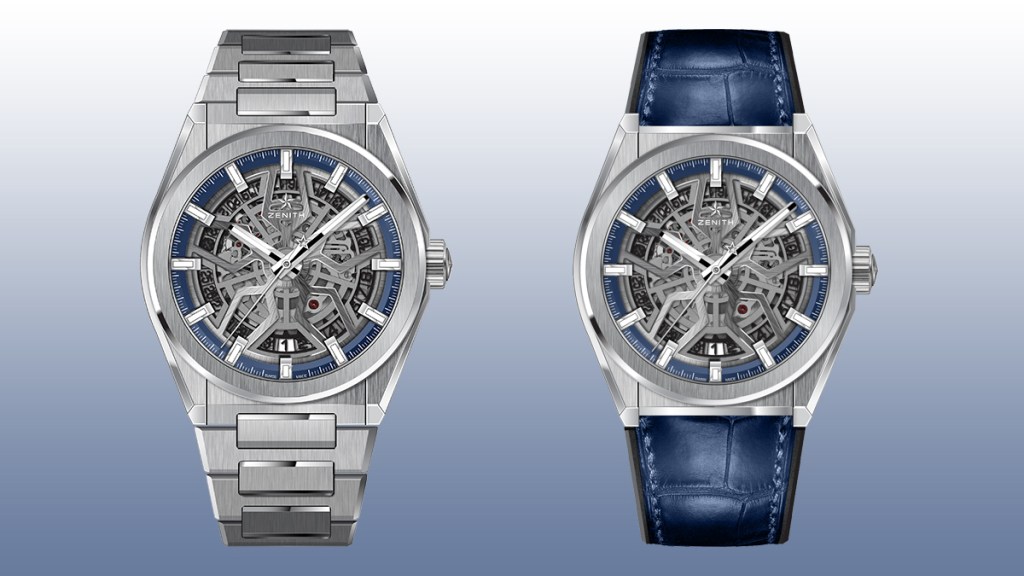 For the past year, Zenith has been refocusing its Defy collection to be a platform for the brand’s renewed emphasis on advanced technology and materials. The first timepiece to emerge under the new banner was the Defy El Primero 21, featuring Zenith’s signature high-beat 36,000 vph movement loaded with a separate gear train for a 1/100th chronograph function running at 360,000 vph.

Next came the Defy Lab, with its game-changing, single-component monocrystalline silicon oscillator, which remains only a concept watch for now. Both new models have openwork cases that let the brand showcase its high-tech credentials—something that also established an aesthetic theme for the revived collection.

The newest watch, the Defy Classic, also showcases a skeletonized version of the Elite 670 movement, carved to look similar to the Caliber ZO 342 in the Defy Lab, with its narrow, bridge-like arms reaching out from the center. Likewise, the new Defy Zero G displays a skeletonized El Primero movement that lacks the 1/100th chronograph feature but has another equally technical attribute: Zenith’s proprietary gyroscopic gravity control feature which, like a tourbillon, counters the effects of gravity on the running rate.

Impressive as they are, the Defy Classic and Defy Zero G might be considered mere placeholders by some collectors while they wait for Zenith to finish the job of serializing the Defy Lab concept watch. The task involves scaling down the single-component oscillator and making any necessary tweaks until it achieves the performance of the concept model. While not every concept watch is destined to become a production watch, the Defy collection is being repositioned around the concept of new technology, and the Defy Lab is its flagship model. “The idea from the beginning was not to make a concept watch but to have it concretely in the collection,” says Zenith CEO Julian Tornare, who promises results sometime later this year.