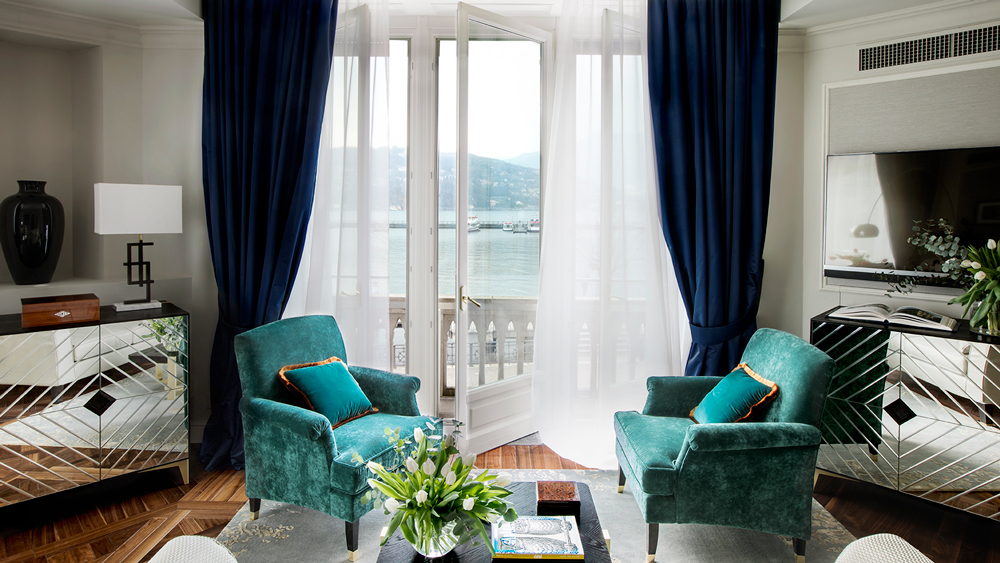 We already know that Robb Report readers are more than a little bit partial to a spectacular hotel—after all, you spend year after year checking in to some of the most luxurious accommodations on the planet. This year, however, you broadened your horizons—and put some new stamps in your passport while you were at it. Sure, there were openings in Dubai, Vietnam, and Los Cabos that, though seriously over-the-top, followed classic codes of luxury that caught your attention, but there were also openings of hotels that float on the water and hotels in space (well, let’s categorize the space hotels as “coming soon”) that sparked your imagination for what the future of travel could look like.

Read on to discover the hotel stories you clicked on most this year (and any you may have missed)–and tell us how many you made it to in the comments below.

Don’t call it a cruise ship. Instead, Guntû, which opened earlier this year on Japan’s seriously stunning (and tourist-free) Seto Inland Sea, is a full-fledged floating ryokan. The tranquil, wood-clad barge features just 19 rooms, each complete with floor-to-ceiling glass walls that slide back to reveal a terrace with stunning views of the water, and, if you’re lucky, a deep onsen-style soaking tub. While on one of the three-day itineraries, guests can reserve a spot on a tender heading out to nearby uninhabited islands, try their hand at traditional Japanese fishing, or take a bicycle ride through the lush green forests that surround the sea. That said, we won’t blame you for just soaking it in as the hotel makes its slow and steady course around the coast.

You’d be hard-pressed to find a more over-the-top new hotel than the Emerald Palace Kempinski Dubai. Though the property only welcomed its first set of supremely well-heeled guests earlier this month, it is already making waves thanks to indulgent extras like 24-karat-gold-lined ceilings, a collection of chandeliers that number upwards of 6,400, and an Alain Ducasse restaurant—the first outpost from the superstar chef in the U.A.E.

There was more than a handful of spectacular hotels that opened in Shanghai this year, but the brand-new InterContinental Shanghai Wonderland edged them all out for your top spot. And for good reason: The property, which extends nearly 300 feet below the Earth’s surface, is unlike anything we’ve ever seen. Its 336 guest rooms all overlook the rugged rock wall and shimmering lake that are the products of the site’s former use as a quarry—a surprisingly natural view you won’t find anywhere else in the city.

Though Lake Como isn’t exactly lacking in posh places to stay, when Vista Palazzo Lago di Como opened in June it ushered in a new level of luxury to charming Como. The village’s first five-star hotel took nearly 18 months to develop, as its 18 rooms were carved out of one of the region’s beloved salmon-pink 19th-century villas. Inside, rooms feature a modern take on European glamour—think clean lines and contemporary art punctuated by jewel-toned velvets—and, of course, sweeping views of the lake.

Los Cabos constantly makes the list as one of our favorite destinations, and this year we had a host of new hotels to try out. Chief among them was Solaz, a Luxury Collection Resort. Opened in September, the slick property charts a new course for the laid-back Golden Corridor, eschewing traditional Mexican architecture and leafy palm-lined pathways for a stacked chrome façade and acres of native cacti, bushes, and shrubs (which also cover part of the structure’s roof). Rooms are equipped with hammocks, plunge pools, and on-call butlers—and when you’re not lounging by the beach, you can squeeze in some laps at your pick of the resort’s 164-foot pools.

5. The Retreat at Blue Lagoon Iceland

You’ve likely seen Iceland’s otherworldly Blue Lagoon pop up across your Instagram feed a fair few times, and if FOMO hasn’t prompted you to book your trip yet, the Retreat at Blue Lagoon may just push you over the edge. The wellness-focused property is the first luxury hotel to open in the area and offers unparalleled (and ultra-private) access to the restorative waters of the lagoon. Each slick room offers views right over the water, and, when they check in, guests will have access to the Retreat Spa, where they can enjoy a lava-rock steam room and a variety of in-water treatments.

Though this was not a hotel you could actually check in to this year, the announcement of the Orion Span—the first-ever luxury space hotel—certainly caught your attention. When it launches in 2021, the four-room hotel will give guests a true taste of what life is like in space. They’ll help out with experiments and with the day-to-day tasks of running the station during their 12 days in space. Orion Span is currently taking reservations, so you could be suiting up for space travel sooner than you think.

The new Anantara Quy Nhon Villas have all of the trappings of a seriously luxe beach resort: airy, minimalist villas outfitted with private infinity pools, stretches of pristine waterfront access, and more than its fair share of fine dining. And though the formula is undeniably a winning one, what makes this new property so compelling is its location. Halfway between Ho Chi Minh City and Hanoi, the property is a world away from Southeast Asia’s perennially packed resort towns—think Phuket 25 years ago.

Though Marbella is typically overlooked in favor of the always-buzzy Ibiza, this spring’s opening of a Nobu Hotel in the Spanish town puts the region on the map for American jet-setters this year. The adults-only property features just 81 rooms but is packed to the gills with amenities, including terraces outfitted with hot tubs, a Six Senses spa, a private beach, and, of course, a Nobu restaurant. Guests will also be in a prime spot for exploring the best the city has to offer, as there are two Michelin two-star restaurants, a Picasso Museum, and plenty of nightclubs just steps away.

Las Vegas is in the middle of a destination-wide transformation, ditching its often cheesy approach to luxury for something that is a little bit more refined. Leading this wave is the new Park MGM, a partnership between MGM Resort and the Sydell Group (the boutique hotel group behind Instagram-bait hospitality brands like NoMad and Line) that gave the tired Monte Carlo resort a much-needed upgrade when it opened earlier this year. Though all of the rooms feature Sydell’s signature residential-style design, we’d suggest checking in to the brand-new NoMad tower to dial up the luxury factor.