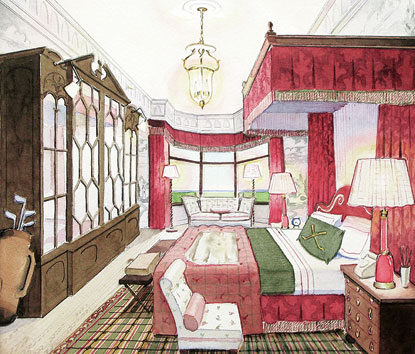 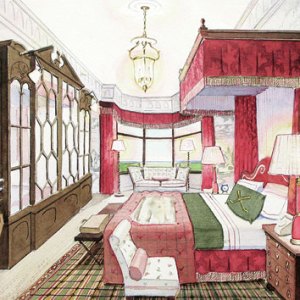 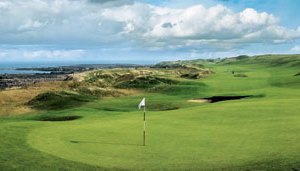 The six-story, red-brick edifice of the former Grand Hotel looms over the final green of the Old Course at St Andrews, at the intersection of Golf Place and Scores Street in the Auld Grey Toon. For more than a century, the building’s distinctive Victorian cupola has provided a target point for golfers on the course’s back nine; soon, a select few members will call the Grand home.

Built in 1895 with Dumfries red sandstone quarried in southern Scotland, the Grand Hotel hosted such luminaries as King Edward VIII, author Rudyard Kipling, and golfer Bobby Jones before closing after World War II. St Andrews University purchased the building in 1949, and it has served as the 600-year-old school’s Hamilton Hall dormitory ever since. But shortly before last summer’s British Open championship at the Old Course, Wasserman Real Estate Capital of Providence, R.I., acquired the former Grand, and next summer the company will begin converting the property into a residence club for 115 members.

The building’s new incarnation, to be called the St Andrews Grand, will include 23 loft-style residences that will overlook the Old Course’s first tee and 18th green, as well as the beaches of the North Sea in the distance. Amenities planned for the property include concierge services, a spa and health center, a club room with pub, and a private dining room. Wasserman is offering the residences, which will feature gourmet kitchens and three or four bedrooms, in 10-week increments beginning at $1.3 million plus $14,000 in annual dues. In addition to preferential tee times at St Andrews courses, members will enjoy privileges at private golf clubs in the nearby towns of Kingsbarns, Crail, and Elie.