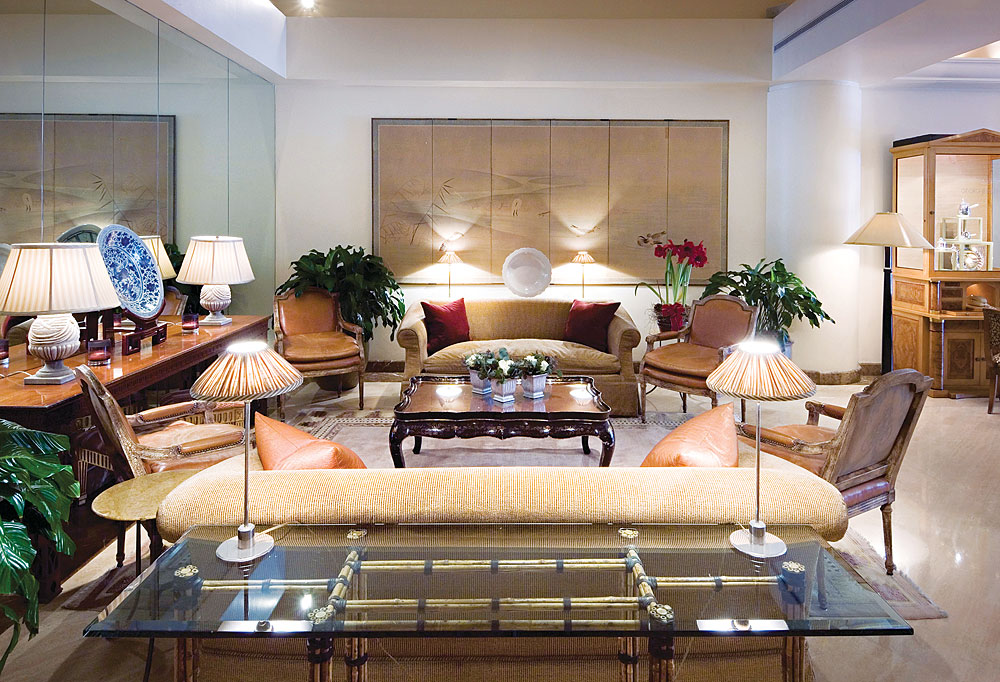 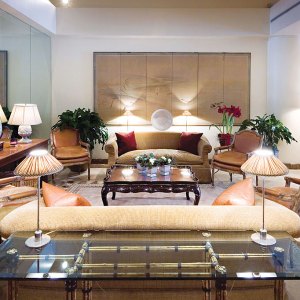 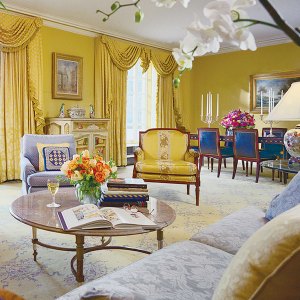 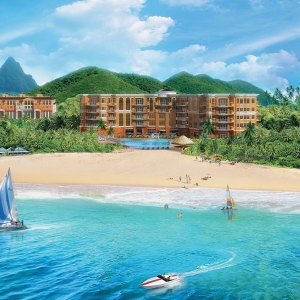 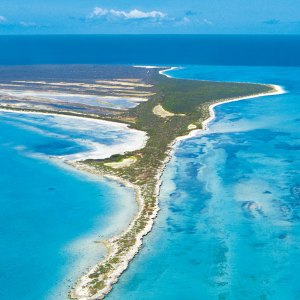 Vikram Singh sips a martini in

hotel. “In the Maldives, we had martinis out on the deck, with the sun setting

down, turquoise and blue as far as you could see, and guests all around,” says

Singh of his year as general manager at the Taj Exotica Resort & Spa. “It’s

Singh’s surroundings may have changed, but his

routine—including his cocktail-hour Ketel One martini with a single olive,

Mumbai native moved to California in April to manage Campton Place. The

Palaces group, which, like Singh, hopes to adapt its experience in Asia to a new

A division of the Indian conglomerate Tata Group, Taj opened

its first hotel, the Taj Mahal Palace, in Mumbai in 1903. The company now

manages 76 hotels and resorts worldwide, but Campton Place is only its third

property in the United States, joining the former Ritz-Carlton in Boston and the

Pierre in New York. This winter, more than two years after taking over the

Pierre, Taj will begin a top-to-bottom renovation of the 1930s landmark across

from Central Park. “We’ve been waiting to do the Pierre and do it right,”

explains Singh. “Taj comes in with a big reputation, and the Pierre will show

what we are capable of.”

Taj also plans to prove itself in Boston, where, despite

undergoing a renovation in 2002, the 80-year-old former Ritz has slipped from

its standing as the city’s best hotel. A “modernization plan” for the property,

the restaurants, adding a spa, and refurbishing the guest rooms and suites. “In

our markets in Asia, we compete with Four Seasons and Mandarin Oriental head

on,” says Singh, who worked for Four Seasons properties in Seattle, Chicago, and

New York before joining Taj in 2004. “Like a NASCAR race, you’ve got to stay

that’s where you start.”

Guest rooms at Campton Place do not yet have plasma TVs, but

Singh intends to add them during a renovation scheduled for 2008. The coming

year also will bring new additions to the Taj chain. The company’s long-term

projects in Hawaii and the Caribbean, where he once again might enjoy his sunset

martinis by the sea. —Bruce Wallin

Suites for the Sweet

Ritz-Carlton readies its Molasses Reef resort in the Turks and Caicos islands.

“It’s not really a new brand, but an extension or a subbrand,” he notes, before

explaining the subbrand’s purpose. “We are identifying exclusive locations where

the affluent can escape.” In other words, Ritz-Carlton is extending its reach

beyond well-known tourist and business destinations to remote and underdeveloped

The first of these properties, Molasses Reef, is scheduled to

open in late 2008 on the 11-square-mile West Caicos island, part of the Turks

and Caicos chain in the British West Indies. The resort derives its name from

the cargo that used to wash up on the island’s shore after shipwrecks. (Divers

will be able to survey the wreck offshore of a 16th-century caravel, once

thought to be Columbus’ Pinta.)

West Caicos is 15 minutes by boat from the island of

Providenciales, which is an 80-minute plane ride from Miami. The resort will

have a landing strip (which might accommodate jets) and a helipad, but if you

fly in, you risk upsetting the flocks of roseate flamingos that congregate on

the 500-acre Lake Catherine, a wildlife reserve in the center of West Caicos.

Once on the island, you can travel by foot, bicycle, or golf cart; cars are

West Caicos has enjoyed periods of development (the

harvesting and sisal farming), but it has been uninhabited and largely forgotten

for decades. The notorious Dominican Republic dictator Rafael Trujillo had

planned to use the island as a hideout, but he was assassinated, in 1961, before

he could finalize the purchase. The airstrip, currently unpaved, is a remnant

from an oil refinery that never proceeded past the planning stage.

“It is a very unique project,” Coutry says of Ritz-Carlton’s

plans for Molasses Reef. “It encompasses 6,000 acres but will be very low

density. The hotel will have only 125 keys. The service staff will be invisible

if the guest desires.” Contained in oceanfront cottages (with six keys for each

one) spread out over a half mile of beach, all of the hotel’s suites will have

private terraces overlooking the Caribbean to the west. The residences, set

among the silver palms that hug the island’s shore, will be a mix of oceanfront

homes and villas built on lots ranging in size from one to 10 acres. The

property also will have a 150-slip marina that can accommodate megayachts.

The Reserve brand will continue moving Ritz-Carlton in a new

direction—possibly into remote sites in Asia, Tahiti, and Africa—but the

company, which at present manages 62 properties worldwide, is expanding on more

traditional fronts as well. Among its 35 projects in development are a resort

and residential retreat at Half Moon Bay on St. Lucia, and a hotel, estate

homes, and townhouses on Rose Island in the Bahamas.

the nearby Piton peaks, and it will include two golf courses—a traditional run

designed by Arnold Palmer, and a Christy O’Connor links-style course that will

take advantage of sweeping, ocean vistas reminiscent of those at Pebble Beach.

The 230-acre Rose Island site will be accessible only by helicopter, ferry, or

private yacht, which can be docked at the property’s marina.

Other upcoming openings of note include a 330-room hotel with

121 managed apartments at the Dubai International Financial Center in 2008, and

Tahoe in Lake Tahoe, Calif., in 2009. A new gondola will link the Village at

Northstar to the resort, which will include 75 residences and 78 Ritz-Carlton

A Ferrari fantasyland is in the works—in Abu Dhabi.

By 2009, Ferraristi may be making pilgrimages to a

place that is closer to Mecca than it is to Maranello. Yas Island, a

Emirate Abu Dhabi, will feature a Formula One racetrack with a seven-year

contract for F/1 races, and the island will be home to the world’s first Ferrari

theme park. Among the park’s 24 Ferrari-related attractions will be a twin

roller coaster that allows two riders to race against each other. Also, the

2009, will host a Ferrari driving school.

Yas, which is separated from the mainland by a canal, is

scheduled to be entirely completed in 2014. According to the plans, it will hold

Puttin’ on the Glitz

L.A. Live will doll up the city’s downtown district.

defecting to suburbs on the city’s west side. Four decades later, during the

economic downturn of the early ’90s, many businesses vacated their downtown

office spaces, rendering the area a virtual ghost town. Today, however, the

district is being revived by a flurry of developments that include L.A.-based

Located adjacent to Staples Center and the Los Angeles

Convention Center, L.A. Live will shed some of its construction cranes this

for future Grammy Awards shows and other high-profile events, makes its debut.

L.A. Live’s other components will open in stages over the next couple of years.

They include the 30,000-square-foot Grammy Museum, sports broadcaster ESPN’s

house) and other restaurants. A 14-screen cinema with a private club and

red-carpet entry will be used for movie premieres.

A $900 million, 54-story hotel and condominium tower, which is

slated for completion in 2010, will round out the complex. “We found it to be

level that the Ritz-Carlton will provide,” says AEG’s vice president of

communications Michael Roth. The Ritz will have more than 100 hotel rooms (L.A.

residences, the largest of which are priced at more than $5 million and will