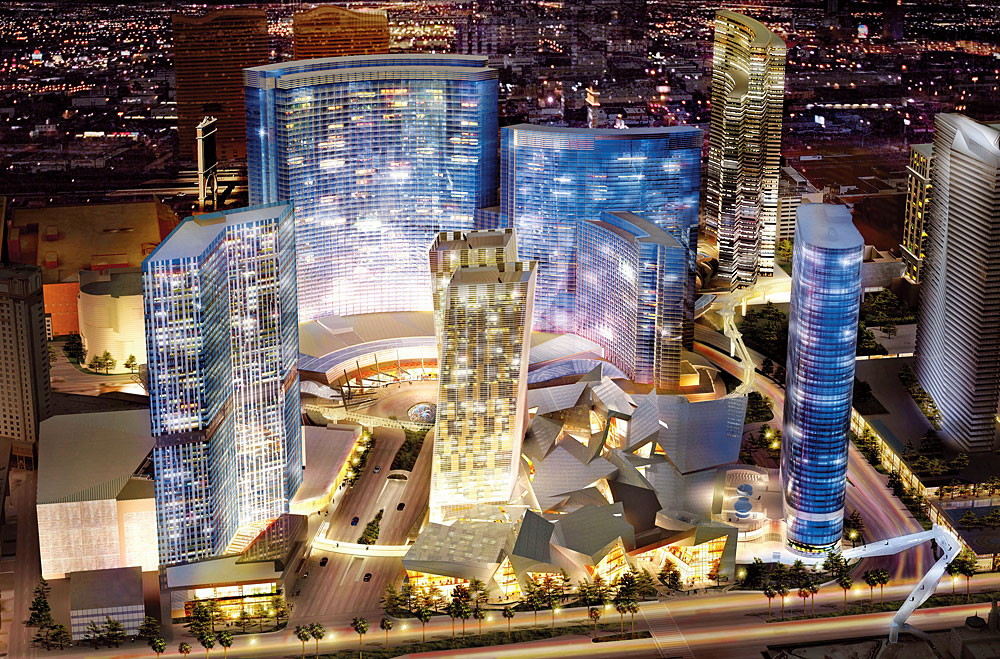 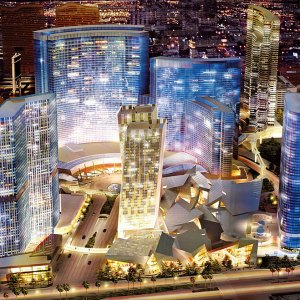 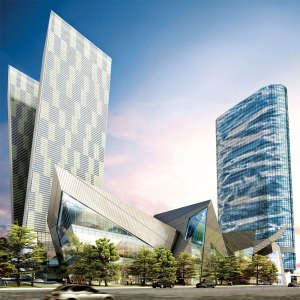 Las Vegas caters as much to the gourmet as it does to the gambler. Since 1992, with the success of Wolfgang Puck’s Spago restaurant at Caesars Palace, superstar chefs have flocked to Sin City, creating one of the most impressive and diverse selections of fine-dining establishments on the planet. And the debut late next year of the 76-acre CityCenter will further enrich the world-class culinary options available on the Las Vegas Strip.

Billed as a city within a city, the $9.2 billion, pedestrian-friendly complex, which broke ground in 2006, is a collaboration between MGM Mirage and Dubai World. When it is completed, the project will encompass several high-rises and feature at its core a 61-story, 4,000-room casino resort called Aria. In addition to a 1,850-seat theater, a 62-room spa, four large swimming pools, six bars, and a nightclub, Aria will offer guests the chance to sample the menus of about 18 distinctive restaurants. Though details (and negotiations) are still pending for many of the new establishments, those already announced include a Jean-Georges Vongerichten steak house, a Michael Mina restaurant, and an eatery by rising culinary star Shawn McClain. Aria is also expected to house a Spanish tapas bar by Julian Serrano (of Picasso restaurant at the nearby Bellagio), as well as a coffee bar, with a menu including pastries and gelato, by the renowned French pastry chef Jean-Philippe Maury.

CityCenter will also incorporate three nongaming hotels that will contribute their own restaurants to the complex’s gustatory mix. At the 47-story Harmon Hotel, Spa & Residences, a member of the Leading Hotels of the World, diners will enjoy restaurateur Michael Chow’s latest venture, which will be the only Mr. Chow restaurant in Las Vegas. The Mandarin Oriental hotel will include a 23rd-floor restaurant that will offer breathtaking city views like those at the hotel chain’s other urban properties. Additional announcements will be made over the coming months as other acclaimed chefs pack up their batteries de cuisine and head for the Mojave Desert’s menu mecca.