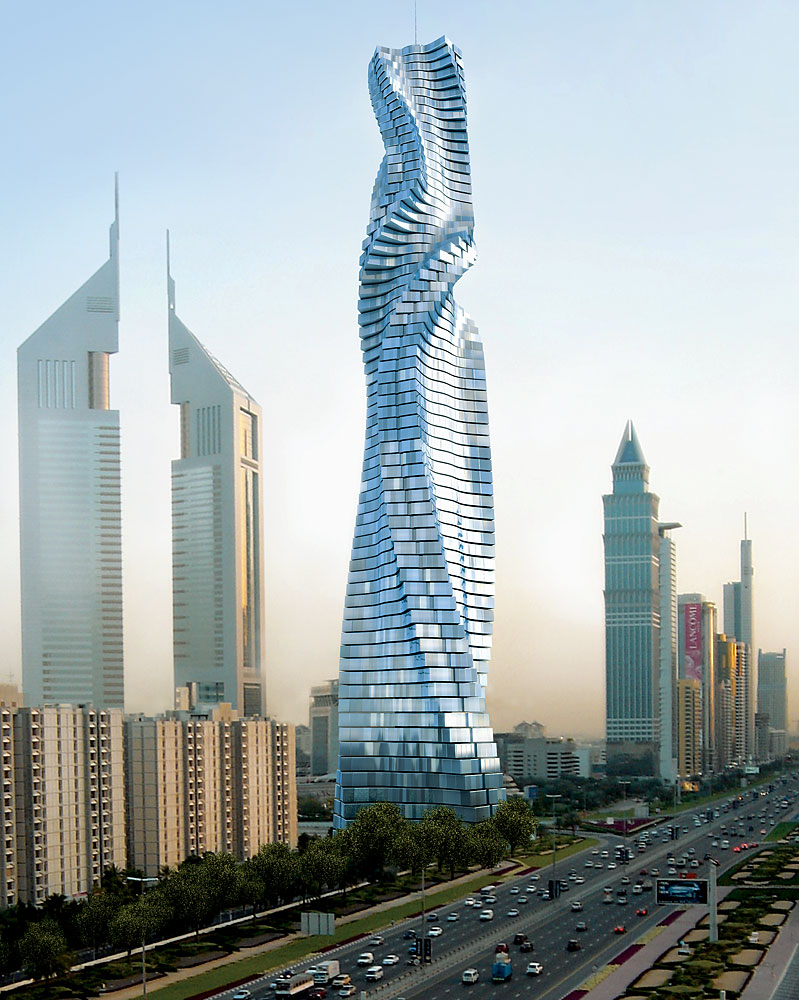 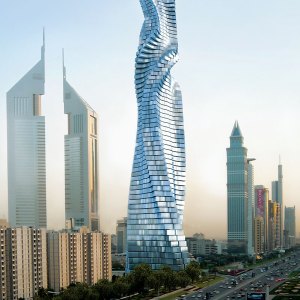 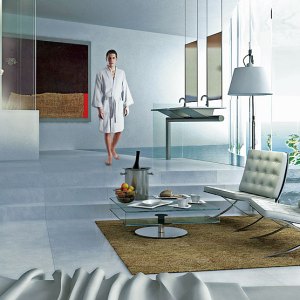 The idea for a rotating skyscraper came to architect David Fisher one evening while he enjoyed the sunset from a high-rise building in New York City. “I could see both the Hudson and East rivers, and I thought, ‘Why can’t we rotate the floor so everyone could see?’ ”

Raised in Tel Aviv and educated at the University of Florence in Italy, Fisher has long been enthralled by the rhythm of the sun. “It started when I was a child watching the sun set over the Mediterranean,” he says. “I thought about how everything around us moves.”

Today, Fisher—who heads Florence-based Infinity Design—has assembled his thoughts and visions into a plan that he believes will change the future of construction. His design for the 80-story Dynamic Tower is based on three key concepts: floors that rotate independently and at different speeds, prefabricated construction, and sustainability. Dubai will serve as the launching pad for his first Dynamic Tower, followed by Moscow and possibly New York, Milan, and Paris.

The building’s first 70 floors will be programmed to rotate at various speeds, with rotations taking from one to six hours, while the villas will allow owners to set their own paces. Voice-activated systems will allow villa owners to change their residences’ direction and speed. “They can set it to see the sunrise from the bedroom in the morning and the sunset from the living room in the evening,” Fisher says. The villas will also have swimming pools and gardens.

The prefabricated units that form each residence will be built in a factory in Italy and will arrive in Dubai equipped with plumbing, lighting, electricity, bathrooms, flooring, kitchens, and furniture. At the construction site, the units will be linked together and fitted to the tower’s central support column. (According to Fisher, building with the prefabrications costs less than traditional on-site construction, produces less waste, and takes 30 percent less time.) Each floor is expected to be finished in seven days.

When completed, Dubai’s Dynamic Tower will generate its own power. Solar panels on the roof of each story will harness the sunshine, and horizontal wind turbines between the stories will convert desert breezes into energy. Despite the constant rotating, residents will not be disturbed by sound or dizzied by motion—but, Fisher says, they will have to make a few adjustments: “When you step off the elevator, you step out onto the movement. You may have to go right or left at different moments to find your front door.”