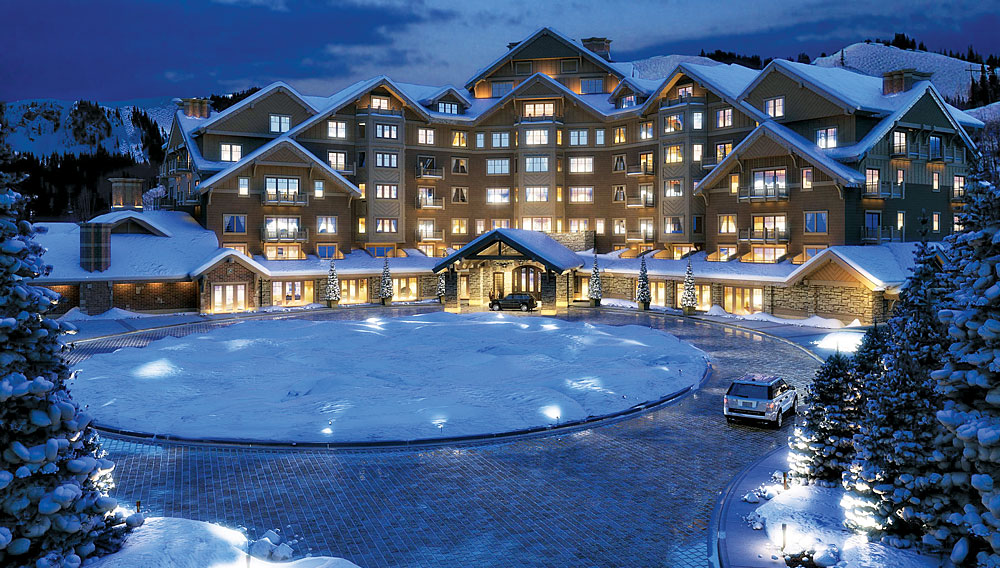 When the Stein Eriksen Lodge opened mid-mountain at Utah’s Deer Valley Resort in 1983, the hotel was not only the first upscale property in the Park City area, but also one of the first high-end projects anywhere to combine hotel rooms and private residences. In the years since, condo-hotels and other developments with both hospitality and real estate components have become standard in the industry. Park City, meanwhile, has evolved into one of the most fashionable ski destinations in the country—a standing that should only improve with the debut of the Stein’s two new neighbors in Deer Valley.

This November, just in time for the winter season, St. Regis Hotels and Resorts will open a ski-in/ski-out property in the gated Deer Crest development at Deer Valley. The St. Regis Deer Crest Resort will feature 181 hotel rooms (67 of them whole-ownership condo units) and 26 private residences, priced from $2.6 million to $6.5 million. Other highlights of the 12-acre property will include a Jean-Georges Vongerichten restaurant, a European-style “ski beach” with chaise longues that overlook the Deer Hollow ski run, and a 14,000-square-foot Remède spa.

About two miles southwest of the St. Regis—in another prime ski-in/ski-out location—Southern California’s Montage Hotels & Resorts will debut its third property in the winter of 2010/2011. The Mountain Craftsman–style structure, which will be adjacent to the exclusive Talisker Club developments of Empire Pass and Red Cloud, will have 174 hotel rooms and 81 residences (pricing has not yet been determined). Amenities will include a 35,000-square-foot spa, indoor and outdoor swimming pools, and a family entertainment area with bowling lanes and an arcade.

While Deer Valley promises to solidify its status as one of the top destinations for skiers—the resort does not allow snowboarding—another local ski area is making Park City increasingly attractive as well. The Waldorf-Astoria Collection’s Dakota Mountain Lodge & Golden Door Spa (see “Base Hit,” page 58) opened this summer at the foot of the Canyons ski resort, which the Talisker Mountain development company acquired in the summer of 2008. Talisker’s plans for the Canyons include expanding its 3,700 acres of skiable terrain—already one of the largest ski areas in the United States—and adding a golf course, which is scheduled to open by 2012.