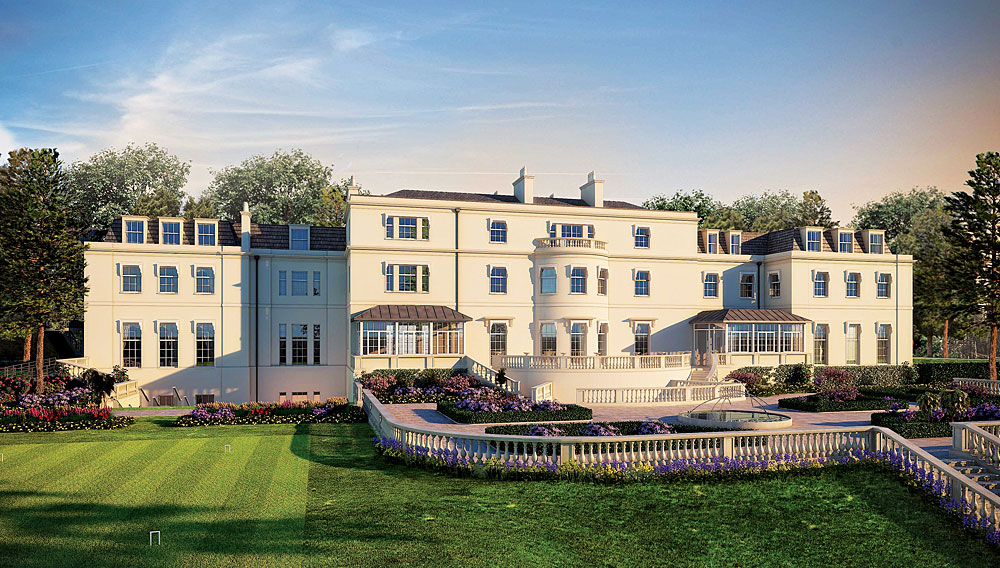 Everything has been emptied out of the former Playboy Club in London, says Roland Fasel, general manager of the nearby Dorchester hotel. The Dorchester Collection—which comprises seven properties including the Dorchester and the Hotel Bel-Air in Los Angeles—plans to expand to 15 hotels in North America and Europe by 2015. In 2010, the group will open 50 rooms in the Playboy Club space at 45 Park Lane (the address will also be the hotel’s name), as well as Coworth Park, a country estate outside London with 70 rooms and an equestrian center.

Designer Thierry Despont, who recently led a partial renovation of the Dorchester, plans to maximize the views of Hyde Park from 45 Park Lane, which will open as a hotel in the fall. To soften the exterior view of the building—a cement structure built in the 1970s—the designer is adding clusters of thin horizontal fins that will wrap around the facade. “This changes the building, which is quite stoic, so it has more of a rounded, Art Deco feel,” says Fasel.

Opening in May, Coworth Park is located adjacent to Windsor Great Park and near Ascot Racecourse. “I see this as the perfect extension to the Dorchester,” says Fasel. Guest rooms at the 240-acre property will be divided among cottages, converted horse stables, and the 18th-century main house.