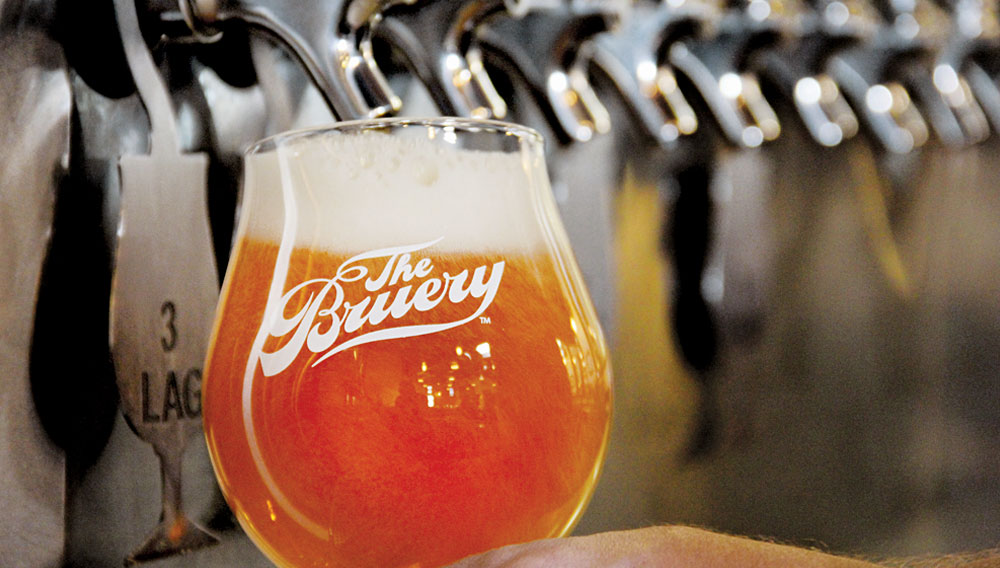 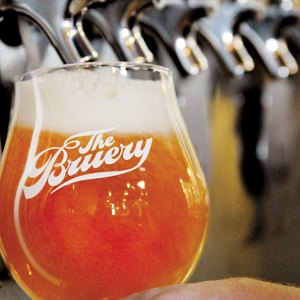 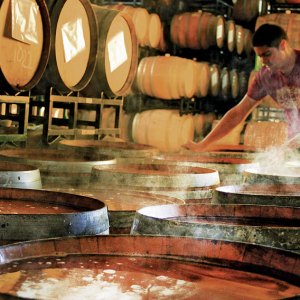 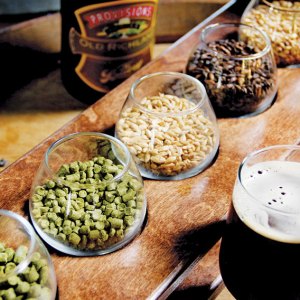 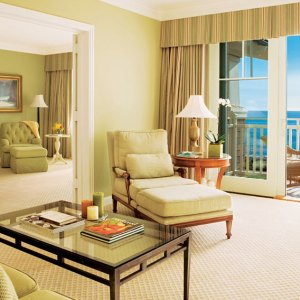 A two-night stay at Montage Laguna Beach, with a Bruery-beer-pairing dinner to help define the recipient’s taste preferences.

Upon completion of the beers, a one-night stay at Montage Beverly Hills, including a multicourse dinner paired with the newly bottled brews.

The Bruery, a craft-beer maker located in Southern California’s Orange County, has been in operation for only five years. But in that time, the brand—whose name is a play on that of its founder, Patrick Rue—has become one of the most revered boutique breweries in the country.

The Bruery specializes in Belgian-style and barrel-aged beers created with an American craft-brew sense of experimentation. Examples include Pinotlambicus, a blonde-style sour ale fermented with Pinot Noir grapes, and Autumn Maple, a rich seasonal beer brewed with 17 pounds of yams per barrel. Many of the Bruery’s seasonal and onetime beers sell out within a few hours of being released. Its flagship special release, a bourbon-barrel-aged imperial stout called Black Tuesday, is so highly sought after that examples of it have sold at fine-wine auctions for as much as $200 per 750 mL bottle. For this gift, the Bruery will craft three customized beers to suit the taste preferences of one Robb Report reader. And defining those preferences is where the fun begins.

After arriving in Southern California, the gift’s recipient and a guest will travel via private car to Montage Laguna Beach for a two-night stay in the Catalina Suite, the coastal resort’s 2,000-square-foot beachside penthouse. Prior to the trip, the recipient will convey some of his or her beer and food preferences to Rue and his head brewer, Tyler King. Working with Montage chef Casey Overton, the Bruery team will create a beer-and-food pairing menu, which Overton will prepare for the guests at the resort’s Loft restaurant the first night of their stay.

The dinner will include a wide variety of beer-and-food pairings designed to gauge the recipient’s preferences. Combinations might include pan-seared scallops with the Bruery’s Saison de Lente, a blonde spring-season ale with hoppy citrus notes and the delicate zest of Brettanomyces wild yeast; or a selection of artisanal salamis and some of the more pungent cheeses from the Loft’s extensive cheese gallery paired with the Bruery’s Rugebrød, a spicy Danish-style, rye-based winter beer.

The next day, the recipient and guest will travel 30 minutes inland to the Bruery to tour the facility, learn about the brewing process, select ingredients and barrels, and help design custom labels for the beers. The Bruery will then produce three separate three-barrel batches of beer based on the recipient’s criteria. The beers will ferment for as long as one year in barrels and will yield some 2,000 total bottles, or approximately 650 bottles of each variety. (With this gift, the Bruery will also include membership to its Reserve Society and all of its 2014 releases, which include such highly anticipated beers as Black Tuesday.)

Once the three custom beers have been bottled, the recipient and guest will return to Southern California for a one-night stay in the Presidential Suite at Montage Beverly Hills. That evening, the recipient and guest, along with Rue and King, will gather on the hotel’s rooftop to sample dishes prepared expressly for pairing with the recipient’s three one-of-a-kind beer varieties.

With 2,000 bottles of beer, the recipient will have plenty of opportunities to experiment with food pairings at home. And considering the complexity of the Bruery’s beers, the custom brews, much like fine wines, should age well in the bottle for several years.