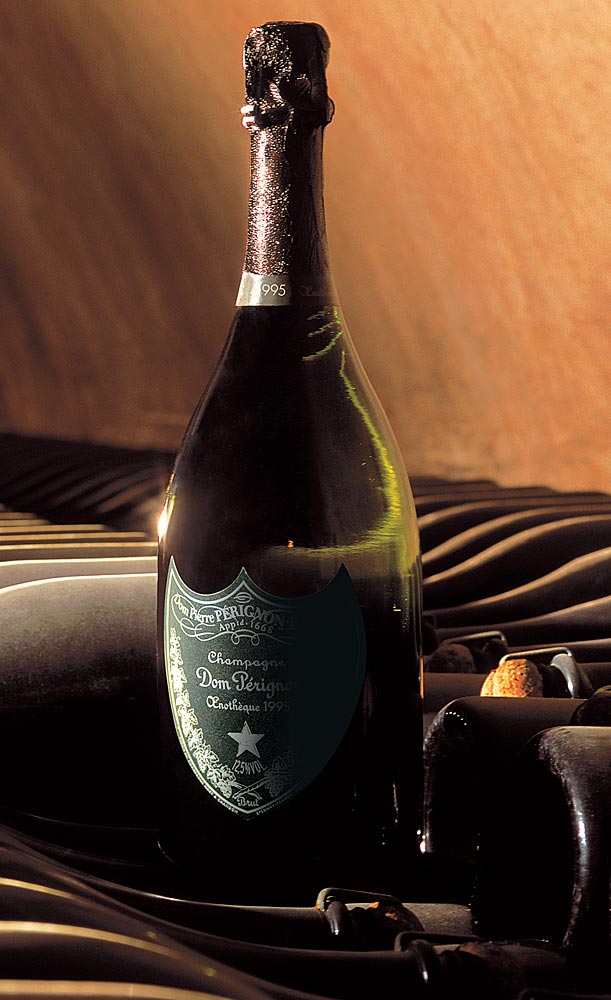 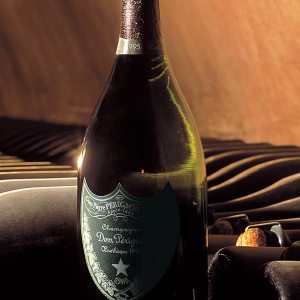 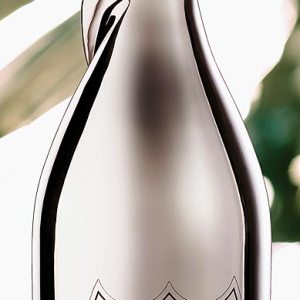 for two couples from New York to Champagne, France.

the abbey of Hautvillers.

Helicopter tour of the Champagne region.

Participation in the grape harvest (provided that the trip

takes place during the season).

For each couple, one bottle of each of Dom Pérignon’s top six

vintages of Œnothèque Champagne, a white-gold jeroboam of

“Of course, there was some wine with bubbles before Pérignon’s time,” acknowledges Richard Geoffroy, Dom Pérignon’s chef de cave. “But it did not even come close to resembling the Champagne we drink today. Dom Pérignon was the man responsible for perfecting the craft. He created its future. He led an entire community into an extraordinary adventure—into the risky business of sparkling wines.”

Prior to 1668—the year that Benedictine monk Pierre Pérignon took up his post at Hautvillers Abbey on the verdant slopes near Marne in Champagne—sparkling wine was not the light, foamy libation we know and sip today. To begin with, it was red. And, based on our current understanding of the viticulture of the time, the wine was probably very concentrated, highly acidic, and not particularly fruity or flavorful. During his 47-year tenure as the cellar master at the abbey, Pérignon did not so much invent sparkling wine (a persistent myth) as revolutionize its production through improved fermentation and aging techniques. He explained his superior cellar practices to other vintners in his capacity as a collector of tithes from the community’s winegrowers: The church, after all, had a vested interest in enhancing the quality of wines throughout its dominions. Before long, word of “Pérignon’s wine” reached the table of Louis XIV, and the new style of bubbly vin gris quickly attained vogue status among the highest-ranking members of the French court. Champagne was on the social map as the preferred beverage of the truly privileged—a distinction that it has enjoyed to the present day.

As the cellar master of Dom Pérignon, the Champagne house that was founded by Moët & Chandon in the early 20th century and named for the legendary monk, Geoffroy follows in the footsteps of the 17th-century Pérignon, dedicating his hours, days, and years to the long, painstaking process of transforming harvested grapes into great sparkling wines. While non-vintage Champagne is meant to be consumed relatively soon after release, certain wines exhibit flavor profiles and structures that enable them, over time, to develop even more subtle nuances and pleasingly complex flavor profiles; these the cellar master sets aside for longer aging.

During Geoffroy’s tenure, he has bottled 15 such rare Champagnes under Dom Pérignon’s Œnothèque label; however, many more vintage Champagnes exist in the house’s considerable library. This year, the cellar master has agreed to offer one Robb Report reader and three guests—two couples—the opportunity to visit Hautvillers Abbey for a vertical tasting of Dom Pérignon’s extraordinary history as embodied in its Œnothèque Champagnes (including the iconic 1959), as well as some of the house’s archival Champagnes that date back to 1921, which are rarely, if ever, made available for tasting. “There are not many bottles left,” Geoffroy says. “They’re for posterity’s sake and not even available for sale.”

The couples will also enjoy a helicopter tour of the region, which includes the company’s myriad vineyards as well as such regional architectural wonders as the 13th-century Reims Cathedral. The guests will stroll the cobblestone streets of Reims, sampling the gastronomic delights of the city and sipping Dom Pérignon throughout the day. They will then retire to Château de Saran, the 19th-century former country home of the Moët family, where doting staff members will pamper them. Each evening, the château’s chef de cuisine, Pascal Tingaud, will prepare sumptuous meals paired with various vintages of Œnothèque. One evening will be reserved for the Seven Sensualities feast, a tradition at Dom Pérignon that features seven courses prepared with some of the world’s finest ingredients: caviar from Aquitaine; smoked bonito from Japan; culatello ham from Parma; and black mole sauce from Mexico. The meal, which Geoffroy and Tingaud designed to highlight the flavors expressed in the 1999 vintage of Dom Pérignon, will end with Edmundo de Montecristo cigars from Havana.

As a parting gift, each couple will receive one bottle of each of Dom Pérignon’s top six Œnothèque vintages (1959, 1964, 1969, 1973, 1975, and 1985), a white-gold jeroboam (a three-liter bottle dipped in white gold), and a Karl Lagerfeld–designed guitar case containing six bottles of Dom Pérignon’s rarest rosés. So that the couples can participate in the harvest, Geoffroy recommends that they visit in September, “the best time of the year, when the weather is perfect.”