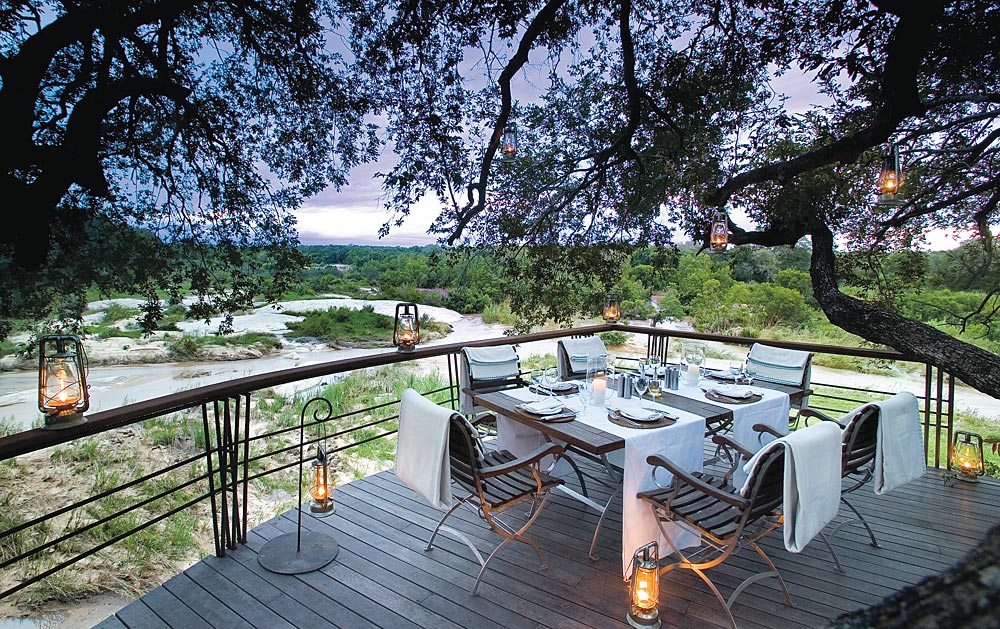 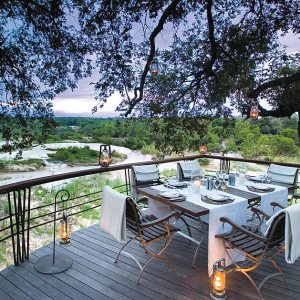 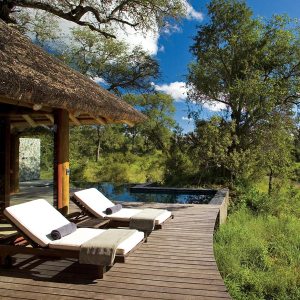 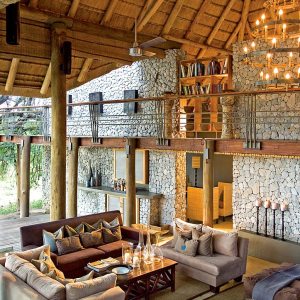 Become the sole benefactor of a 15-year program designed to

return the northern white rhinoceros to its natural habitat,

potentially saving the species from extinction.

of conservation and rhino experts.

A helicopter tracking excursion in the Rooipoort Nature Reserve.

Accommodations at the Kimberley Club, the De Beers Farm in

In the 1970s, the northern white rhinoceros numbered roughly 500 in the wild. However, according to Hamish Currie, a director of the South Africa–based Back to Africa (a 7-year-old nonprofit organization committed to returning rare and endangered animals to their native habitats for repopulation), the known population has since dwindled to only eight animals, all in zoos. Several attempts to breed the species in captivity have failed, and as the few remaining animals grow older, conservationists find themselves in a race against time to stave off extinction.

Through a joint effort with Back to Africa and two Los Angeles–based organizations (Zoomungus World Foundation and Springbanc Philanthropy Advisors), one Robb Report reader will have the opportunity to become the sole benefactor of a 15-year breeding program designed to repopulate the northern white rhino in its natural habitat. The benefactor will also have the honor of naming the program’s first two offspring.

Through a practice known as in situ conservation, Currie’s organization has successfully helped to repopulate the threatened roan and sable antelopes in their natural environments, where both species now live. He is optimistic that he can achieve similar results with the northern white rhinoceros. Though such a complex endeavor offers no guarantees, a computer model run by the African Rhino Specialist Group—an organization that has worked to increase the populations of both the black and white species of wild African rhinos—has reviewed Currie’s project and given it a probability of success as high as 97 percent.

The program will begin by transporting the world’s four remaining fertile white rhinos from their current home in the Zoo Dvur Králové in the Czech Republic to the 100,000-acre Rooipoort Nature Reserve on South Africa’s Northern Cape. At the preserve, which is co-owned by the diamond company De Beers, the animals will be cared for on a controlled breeding site. Here they will be protected from poachers, and their activities will be monitored by breeders, naturalists, and conservationists, whose work will be financed through the benefactor’s gift. In addition to providing the land for the program, De Beers will cover the cost of feeding the animals.

As the population of northern white rhinos increases, the caregivers will gradually allow the animals to roam over larger patches of land; eventually some of them will be completely released into the wild. Currie speculates that the 15-year program will result in the births of at least 20 animals; he also estimates that 50 years from now, as many as 200 northern white rhinos could once again be living in Africa.

This gift provides for a weeklong trip to South Africa for the benefactor and one guest. The itinerary includes a visit to the Rooipoort Nature Reserve, where the benefactor will speak with experts in the fields of conservation and rhino breeding and, if desired, accompany a tracking mission by helicopter to search for any remaining northern whites that may still roam in the wild (though none have been seen since October 2007). The pair will also spend a night at the Kimberley Club, where they will learn about De Beers’ history in the area, before heading to the diamond company’s farm in Rooipoort for two nights to receive a formal presentation on the project. The remaining four nights will be spent at CC Africa’s Exeter Private Game Reserve, where a guided photo safari will target Africa’s “big five” game: lion, leopard, elephant, buffalo, and the critically endangered black rhinoceros.

Donations are subject to IRS guidelines • There is no guarantee of success with such a small parent population • transportation, accommodations, and meals are included in the gift; incidentals are not.