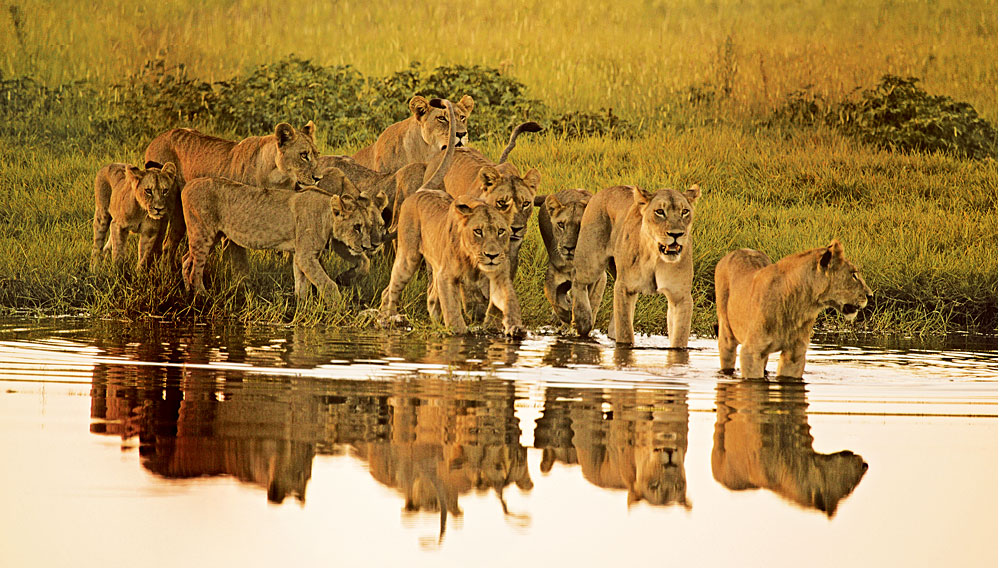 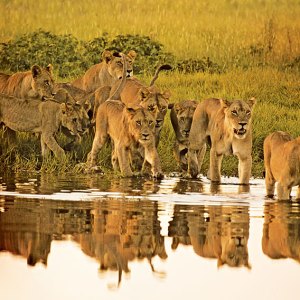 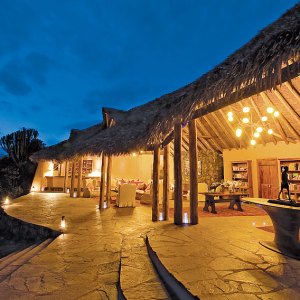 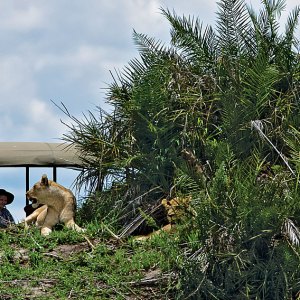 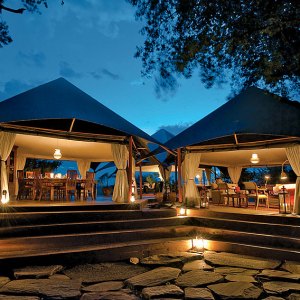 Cosponsor and participate in the Big Cats Flyover, a three-month mission to save lions from extinction

All-expense-paid travel (via private plane and helicopter) for two for all or part of the mission through 11 African countries with the Jouberts and other wildlife experts.

Work with the Jouberts and scientists to collect as many individual DNA samples as possible from the approximately 20,000 remaining lions in the wild.

Work with a mapping team to confirm the viability of lion population figures and to create a definitive map of where lions still exist.

Participate hands-on in these and all other aspects of the mission, becoming experts on lions and other African wildlife in the process.

National Geographic filmmakers and wildlife conservationists Dereck and Beverly Joubert have been exploring the African continent for more than three decades. The husband-and-wife team’s credits include 22 films—their Eternal Enemies: Lions and Hyenas has been seen by more than 1 billion viewers—10 books, five Emmy Awards, a Peabody, and the World Ecology Award. Still, the Jouberts believe their most important work lies ahead: The couple and their conservation organization are in a race against time to save lions from extinction.

“We have to treat this as an emergency,” says Dereck, who notes that Africa’s lion population has plummeted from about 400,000 cats 70 years ago to about 20,000 today. “We will lose all of the lions by 2020 unless we do something.”

For the Jouberts, doing something means setting out on perhaps the most ambitious attempt ever to save a wildlife species. Three years ago, the Jouberts launched the Big Cats Initiative (BCI), a nonprofit organization focused on preserving the world’s dwindling populations of lions, tigers, cheetahs, leopards, and jaguars. The group, which is now under the auspices of the National Geographic Society, supports conservation projects in five African countries, including a program in Kenya that compensates Masai herdsmen for cattle taken by lions. The organization is now planning a three-month mission across 11 African countries that the Jouberts hope will bring attention to the lion’s plight—and safeguard the species in the event current rates of habitat loss, hunting casualties, and other factors in its decline persist.

With this gift, the Jouberts, the Big Cats Initiative, and Great Plains Conservation—a luxury African tourism company part-owned by the couple—are offering one Robb Report reader and a guest the chance to participate in this unprecedented expedition. The buyer/recipient and guest will travel and work side by side with the Jouberts and other experts in a mission to map current lion populations and collect DNA samples

from as many of the remaining cats as possible.

“This is a chance to get involved in one-off, meaningful science and exploration,” says Dereck, “and to interact with lions and the African bush in a way that no one else on a regular safari could ever do—while sponsoring important research.”

The gift’s $1.75 million purchase price, which will be treated as a charitable donation, amounts to half the budget for the three-month project. (The other half will be funded in part by documentaries the Jouberts will make about the expedition.) But the buyer/recipient will do far more than simply write a check. He or she will have a hands-on role in this historic effort to save lions and, in the process, become an expert on Africa’s top predator.

The so-called Big Cats Flyover—the buyer/recipient will have final naming rights for the expedition—will span South Africa, Namibia, Botswana, Zambia, Mozambique, Kenya, Uganda, Rwanda, Chad, Somalia, and Cam­eroon. (The buyer/recipient will have the option of taking the entire trip or meeting the group only for legs of his or her choosing.) In each country, the core group will be joined by scientists and other experts who will help the Jouberts and the Robb Report participants map the lion population and collect DNA samples.

Lion DNA will be gathered using darts, and viable samples will be frozen and then split to be stored in facilities in the United States, Africa, and Europe. The samples will be used for ongoing scientific research and, if necessary in the future, for potentially re-creating lions in the event of extinction.

“The research to be gained from this will probably show that each region has a unique strain of lions,” says Dereck. “This will be pivotal in understanding and driving all lion management from that point on.”

The price of the gift covers all expenses—including guides, food and beverage, transportation, accommodations, expedition gear, visas, and taxes—for the buyer/recipient and guest. The group will travel across the African continent in a Cessna Caravan prop plane and an Agusta helicopter, flying in tandem. Accommodations will range from spartan mobile camps to luxurious game lodges operated by Great Plains Conservation.

While the Jouberts do not promise a luxury experience for much of the trip, they do guarantee a life-changing experience. “The age of exploration is said to be over. We’ve been to space and to the deepest parts of our planet,” says Dereck. “This is one of those expeditions that is unlikely to be repeated, and as lions fall rapidly toward extinction, it is likely to be the most important of our generation.”