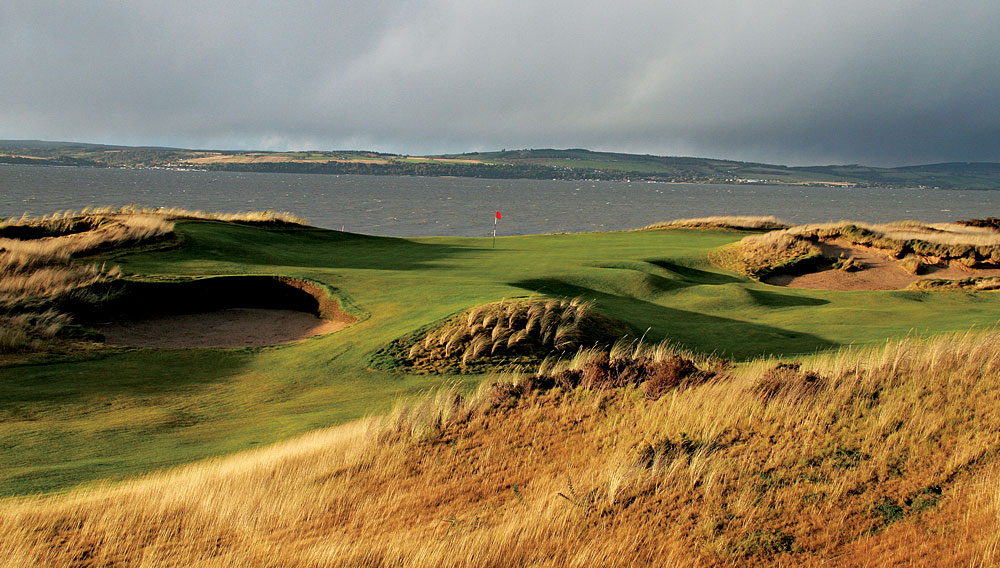 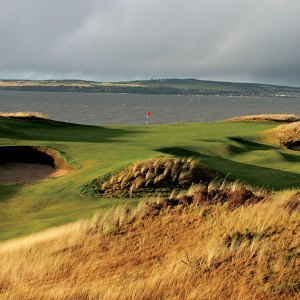 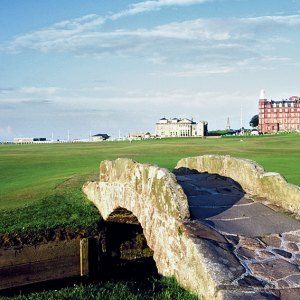 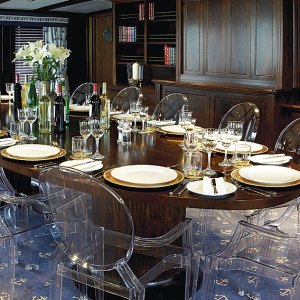 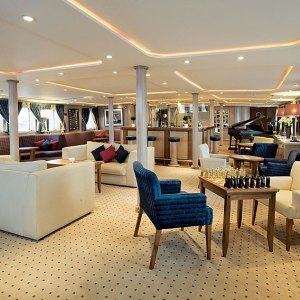 An 11-day golf trip for eight through Scotland aboard Harmony II, a vintage 189-foot yacht that recently underwent a $12 million renovation.

VIP grandstand seating on the 17th hole of the Old Course at St Andrews for the 2010 British Open Golf Championship.

A round of golf at the Old Course on the first day it opens to the public after the tournament.

Visible from the second fairway, the Road Hole—the infamous 17th hole at the Old Course at St Andrews in Scotland—looms large in the minds of golfers as they walk the course, as much for its hazards as for its history. With a tee shot that requires a carry over a shed, a deep bunker that guards the green, and a road that often comes into play behind the pin, the hole has defined championships since the British Open was first played on this course in 1873. In 1978, Tsuneyuki Nakajima fell out of contention after a wayward putt left him in the bunker on the way to a quintuple bogey. In 2000, David Duval—then the number-two player in the world—met a similar fate after taking four strokes to escape the trap. The 2010 British Open promises similar theatrics, as a field of 155 players attempts to dethrone Tiger Woods, who has won the tournament the last two times it was played at the Old Course, in 2000 and 2005.

Perry Golf, a golf-travel company launched in 1984 by brothers Colin and Gordon Dalgleish, is offering one Robb Report reader and seven of his or her friends VIP seats on the Old Course’s 17th hole for the final round of the 2010 Open. The group’s attendance at the event—followed by a round of golf on the Old Course—will be among the highlights of an 11-day trip through Scotland that will visit some of the British Isles’ best courses.

The group will spend eight of their nights aboard Harmony II, a 189-foot yacht fresh off a six-year, $12 million renovation that, in the words of Gordon, “replaced every screw.” The circa-1955 ship has eight staterooms, each of which includes a private bathroom, handmade British furnishings, and LCD televisions, among other amenities. “We had a rare chance to work with this vessel and jumped at the opportunity,” notes Gordon.

The two foursomes will board the vessel in Inverness on July 11 and, after an overnight trip to Invergordon, play a round at Royal Dornoch in the Scottish Highlands. From there, they will play Castle Stuart, Royal Aberdeen, Carnoustie (a week before that course hosts the Senior British Open), and, finally, Kingsbarns on July 17. Along the way, the group will enjoy non-golfing excursions such as a visit to the Glenmorangie distillery, a cruise on Loch Ness, and trips to several castles.

The day after their round at Kingsbarns, the group will head to St Andrews, where they will stay at the Fairmont St Andrews hotel while attending the 150th British Open. Their vantage from the 17th-hole grandstands will provide ample opportunity to watch and learn as the world’s best golfers navigate one of the most difficult par-fours in golf. On July 20—the final day of the trip—the group can apply what they learned when they take on the Road Hole and the remainder of the Old Course on the first day it opens to the public after the tournament.

The gift must be purchased by February 1, 2010. Price does not include visa/passport fees, cancellation and accident insurance, and meals and beverages off the yacht.