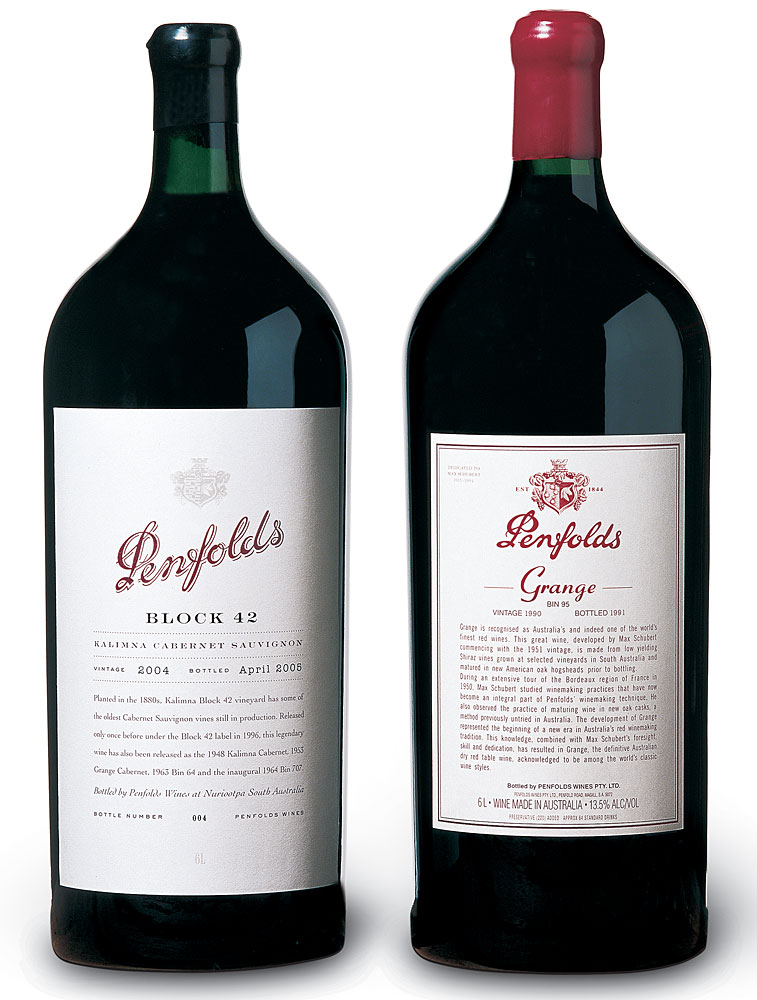 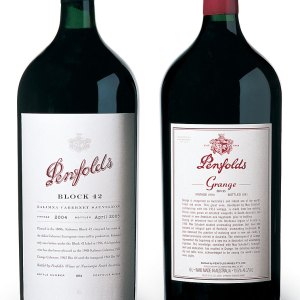 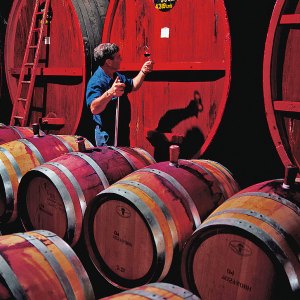 Six imperial-size (6-liter) bottles of Penfolds, two of which are Penfolds Grange. — A visit to the Penfolds vineyards and a private dinner with a Penfolds winemaker at the Magill Estate Restaurant.

By 1850, less than a couple decades after England established the province of South Australia, nearly 40,000 Britons had settled there. Among them was Christopher Rawson Penfold, a physician, who brought with him vine cuttings from southern France. Like many doctors at the time, Penfold believed in the medicinal value of wine. In the town of Magill, on the outskirts of Adelaide in the Barossa region, he planted those French vine cuttings around his modest stone cottage. Penfold eventually produced his own ports and sherries, which he prescribed to his patients.

Following the doctor’s death in 1870, the Penfold family continued to operate the vineyards and winery. At the turn of the last century, those vineyards had expanded to more than 120 acres, and the Penfolds winery was producing fortified wines for more than just medicinal purposes.

By the middle of the 20th century, fortified wine’s popularity was waning and table wine’s was rising. Penfolds responded in earnest to this change in tastes in 1951, when winemaker Max Schubert, who had joined Penfolds as a teenage messenger in the early 1930s, produced the first vintage of Grange Hermitage (later shortened to Grange). Schubert modeled the Shiraz-based wine after the Bordeaux wines he had tasted a year earlier while visiting France.

For this gift, Penfolds is offering six imperial-size bottles of rare vintages, including two vintages of Grange (1990 and 1998), a wine that Penfolds continues to make in the same manner that Schubert did. “After harvest and after all fermentations are complete, all wines are tasted blind,” says chief winemaker Peter Gago of the blending process that creates a Grange vintage. “We don’t know the vineyard, volume, or variety of any wine presented. The wines are selected purely on style and quality.”

The vines that Dr. Penfold planted still exist. They are said to be the world’s oldest Cabernet vines and are located in the company’s Kalimna vineyard, north of Adelaide. These vines, grown in an area known as Block 42, rarely yield fruit exceptional enough to produce a vintage by itself. The last time they did so was in 2004, and an imperial-size bottle of wine from that vintage is included in this gift, as are one bottle each of 1990 Bin 920, 1990 Bin 90A, and 2004 Bin 60A.

{ The price of the gift could rise depending on the method of shipment for the bottles of wine and the accommodations in Adelaide. }

Home of the Grange

At its peak in 1949, Penfolds’ Magill Estate Vineyard, which is located within the Adelaide metropolitan area, was a sprawling 296 acres planted with several grape varieties. Today, however, only 13 acres of the original estate remain. Here, the grapes for the company’s—and perhaps Australia’s—most sought-after wine, Penfolds Grange, first were grown. The vineyard now is the source of Penfolds Magill Estate Shiraz. As part of this gift, Penfolds is offering a Robb Report reader and a guest a tour of the estate and dinner at the Magill Estate Restaurant, where a Penfolds winemaker will join you and select rare vintages to accompany the meal. In addition to the tour of the Magill Estate, you will visit the Kalimna vineyard’s Block 42, the area that is said to contain the world’s oldest Cabernet Sauvignon vines, and taste the 1996 and 2004 vintages that those vines produced. “Along with some fabulous soils, our old vines are our greatest asset,” says Penfolds viticulturist Suzi Hilder. “The vines have massive, gnarled, and twisted trunks and an extensive root system. We had a severe drought last growing season, and Block 42 is dry grown, yet the canopy and fruit quality survived better than many of the irrigated blocks. These vines are in a constant battle with the elements and the ravages of time, yet they remain in great balance. Our old vines make up the backbone of our greatest wines.”