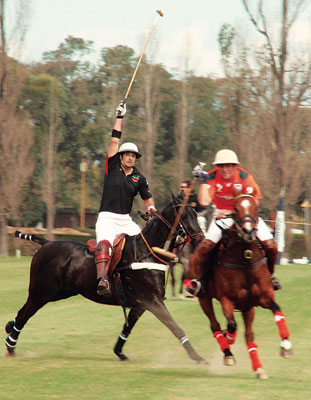 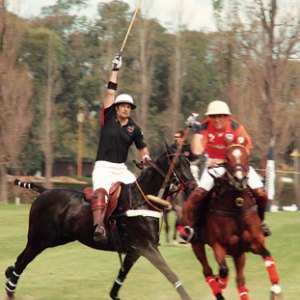 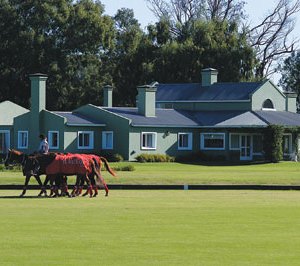 El Metejón, the name of the 300-acre Argentina polo estancia, or ranch, that Maria Chavanne’s family has owned for 27 years and that she has managed for 10, does not translate well into English. “It’s a really strong word, a Latin thing,” she says, struggling to capture its meaning. “It’s like when you meet somebody and in five seconds, you’re in love. It’s a feeling that makes you do crazy things.” Her stepfather gave the estancia this name because, says Chavanne, “He was crazy about the place and bought it without thinking.” El Metejón, which is located 35 miles south of Buenos Aires, plays a significant role in an Argentina-themed gift assembled by Élan, a Laguna Niguel, Calif., company that arranges unique events for its clients.

If you are a polo fan, you will be smitten with this gift, because it includes three days of private lessons at El Metejón conducted by Adolfo Cambiaso, one of the sport’s marquee players. The 30-year-old Cambiaso has held a 10-goal handicap for almost half his life, having earned it at 17, and he consistently hovers at the top of the world rankings. (He was in second place in September.) Well-chosen ponies are essential to a player’s success, and so Cambiaso will assist in selecting six polo ponies for your personal stable.

The polo sojourn will culminate in a match in which you play padron, or sponsor, to a team with a lineup that includes Cambiaso and other Argentine polo stars—possibly brothers Eduardo and Ignacio from the famed Heguy family of polo players—facing a team that could include such formidable foes as Bautista Heguy, Eduardo and Ignacio’s cousin. ESPN Argentina will film the match in a six-camera setup and will distribute souvenir copies of the tape.

The gift also includes a 4,500-square-foot home on the grounds of El Metejón, 12 stable boxes, a tack room, and salary and lodging for a groom for one year. The Chavannes are building six houses on the grounds, and they already have sold three of them. “We were going to sell them at the end of the year, but these clients really wanted the houses,” says Maria. “They fell in love with the place.”

The cost of the gift includes membership in El Metejón’s on-site polo club and a year’s worth of players’ fees for four.

Your guests who have no interest in polo can take a side trip to Punta del Este, Uruguay.

The Faena Hotel + Universe will provide accommodations in Buenos Aires, initially in the 1,700-square-foot presidential suite. The itinerary will include tango lessons, spa treatments, and private shopping excursions. Upon your return from El Metejón, the hotel will host a party for you and 300 invitees.

On the final leg of the trip, you will visit your second Argentine property, the Faena hotel’s 4,000-square-foot penthouse apartment designed by Philippe Starck, and meet with officials from the Faena Group to discuss how it will be furnished.

Élan recommends scheduling the experience for January, because most of the top polo players are in Argentina during that month.