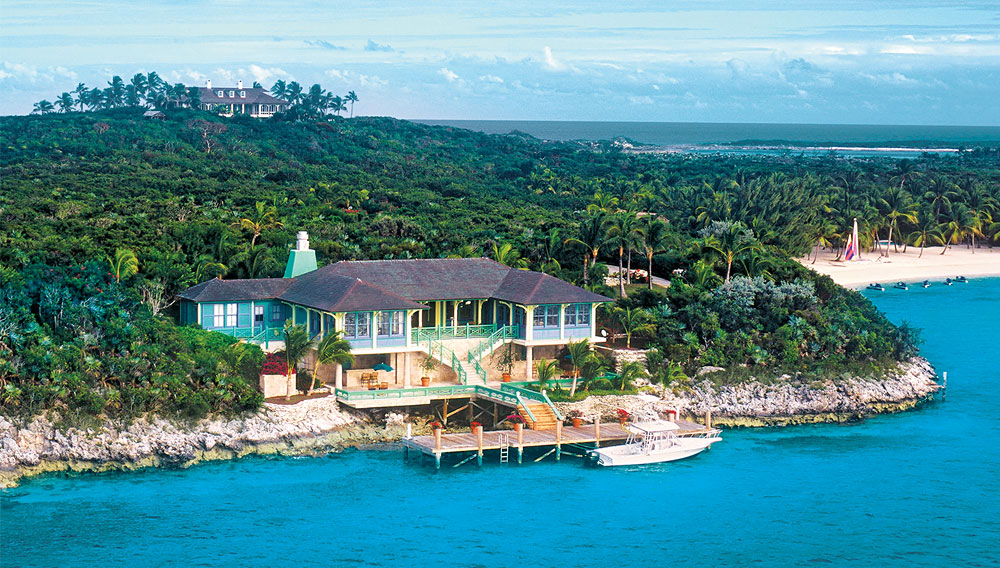 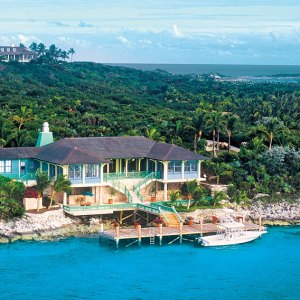 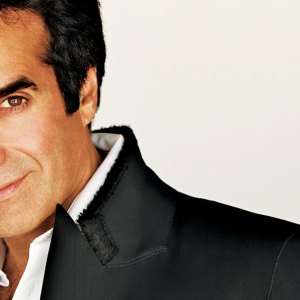 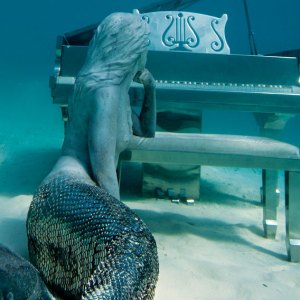 A seven-night stay for as many as 24 people at Musha Cay, hosted by the private-island resort’s owner—and world-famous illusionist—David Copperfield.

Levitation of one guest performed by Copperfield on a 2-mile-long disappearing sandbar.

Lessons in small-scale illusions and one major illusion from Copperfield.

The first ever snorkeling trip to view a new underwater installation, The Musician, by sculptor Jason deCaires Taylor, while listening to an original song composed specifically for the artwork by singer-songwriter Will.i.am.

David Copperfield’s first levitation was at the age of 18, when he floated over a stage while performing in a musical comedy titled The Magic Man. Roughly 10 years later, the illusionist glided over the Grand Canyon—sitting cross-legged with his eyes closed—for a 1984 television special. In 1992, during the taping of the TV special Flying, Live the Dream, he soared backward, forward, and upside down above an indoor stage as a live audience cheered him on.

“Ever since humans saw birds flying in the sky, they have had that dream of defying gravity,” Copperfield says. “I think that’s a theme magicians have used since the beginning of time.”

Current times see Copperfield performing more than 500 live shows annually and headlining most nights at Las Vegas’s MGM Grand. But the illusionist makes sure to find time to spend on his private chain of 11 Bahamian islands, which he purchased in 2006 and transformed into one of the world’s most exclusive resorts: Musha Cay and the Islands of Copperfield Bay. For this gift, Copperfield will personally host a group of 24 people at his private paradise for the most magical week of their lives.

Copperfield will spend as much or as little time with his guests as they desire, but the gift he is offering features several experiences they will not want to miss—including the levitation of one of the group’s members. “Flying is far too dangerous for a guest,” Copperfield says, “so we’ll take one baby step and have them floating above the ground.”

For the illusion, the group will ride personal watercraft or boats from Musha Cay’s nautical fleet to a disappearing sandbar that rises above sea level for just four hours each day. Following a luncheon, the chosen guest will lie down on the beach on his or her back. The subject will then begin to rise—all the while remaining in the dark. “That person will go home not knowing how the levitation took place,” Copperfield explains.

Copperfield will, however, show the group how to perform one of the oldest tricks in the book. “I will show them how I pull off the large-scale illusion of cutting up a person into many pieces,” he says. Copperfield will also share the secrets of some close-up illusions, such as sleight-of-hand magic, for the guests to show their friends when they return home.

Before going home, the group will have the exclusive opportunity to snorkel to one of Musha Cay’s newest secrets, The Musician. Copperfield commissioned the statue (shown below), which depicts a mermaid leaning against a mirror-finished replica of a Steinway & Sons Concert Grand piano, based on a story he wrote about a tragic romance between a mermaid and a sea captain. English sculptor Jason deCaires Taylor crafted the piece, and singer-songwriter Will.i.am of the Black Eyed Peas wrote a composition inspired by the artwork and Copperfield’s story. “I was there when they placed the statue underwater,” Copperfield says. “But I’ve never heard the piece of music played in that spot, so I’ll be experiencing it with our guests for the first time.”

In between illusions and magic instruction, the group can helicopter to nearby islands for private picnics or to Nassau for gambling and shopping excursions. The guests will travel to and from the Bahamas via Air Partner charter flights that depart from and to New York. Five butler-serviced guesthouses, each opening to a private beach, will accommodate the visitors in 12 bedrooms. Resident toucans, 500-pound tortoises, an albino peacock, and other animals will yield more surprises throughout the week, as will a secret agent–themed M.U.S.H.A. Force adventure and a hunt to find the Treasure of Copperfield Bay.

The timing of the gift is subject to David Copperfield’s availability.