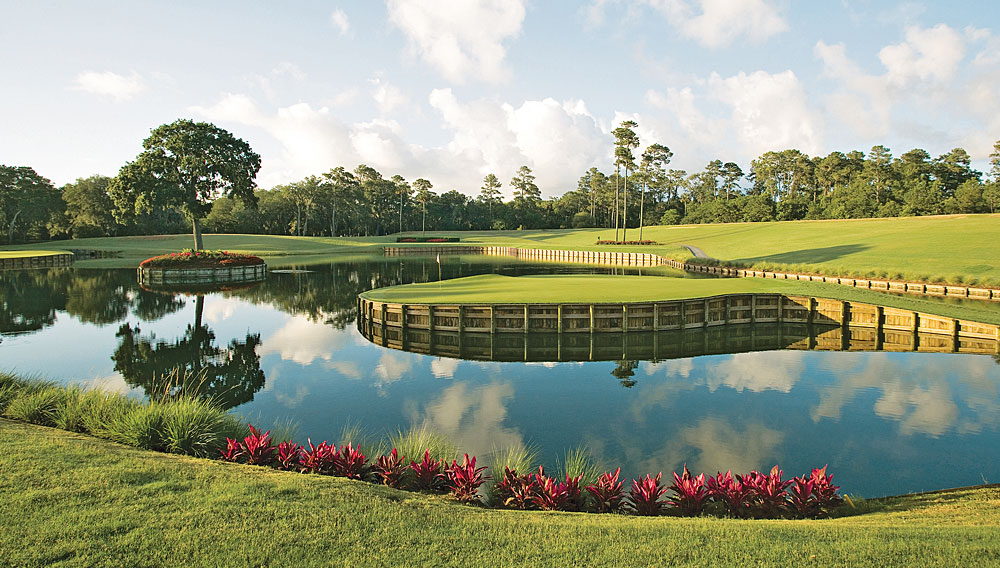 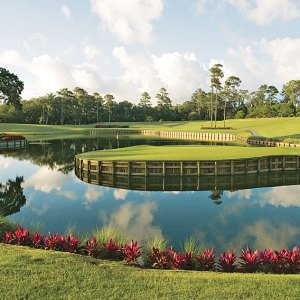 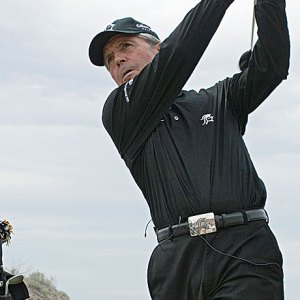 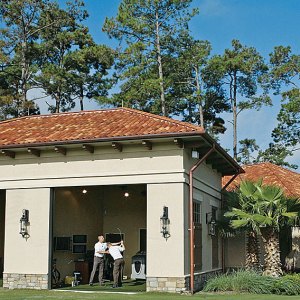 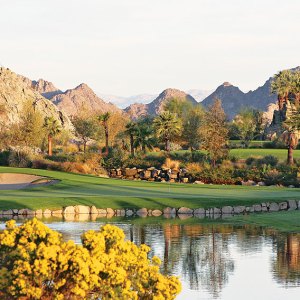 VIP access to all four 2011 majors golf tournaments for the recipient and three guests, including first-class airfare and accommodations.

Entry in the Bob Hope Classic pro-am for the recipient and one guest, including accommodations and the use of a classic car for the week.

One year of monthly lessons for two with a Tour Academy pro.

Quarterly trips for two to TPC Sawgrass for instruction and game analysis.

A custom set of TaylorMade clubs.

A round of golf with Gary Player at a TPC course of the recipient’s choice.

The opportunity to design a course with Gary Player Golf Course Design.

Each April, the golfing world turns its attention to the pine-lined fairways of Augusta National for the Masters Tournament, the first of the four annual majors. Few if any golfers are as intimately connected to the Masters as Gary Player, the South African legend who has competed in the championship more times than any other professional—an astounding 52 showings that include victories in 1961, 1974, and 1978. Player was also the first to take home—literally—the green Augusta National jacket traditionally worn by the tournament’s winner: Caught up in the excitement of his first victory, he mistakenly brought the coat back to South Africa with him.

Next year, one Robb Report reader will have an opportunity to play a round of golf with Player and to walk in the footsteps of a Masters-level professional—attending all four of the 2011 majors as a VIP, playing in the Bob Hope Classic pro-am in La Quinta, Calif., being trained at his or her local course and at TPC Sawgrass with a PGA Tour Academy pro, and, finally, partnering with Player’s company to design a new golf course.

“To be at all of golf’s four majors, with the ultimate access and VIP status included, and to do it in first-class style all the way—that’s something special,” says John Fechter, the founder and president of the Tour Club, a private membership organization that, through partnerships with the PGA Tour and Quintess destination clubs, offers exclusive golf experiences and access to vacation homes, professional golf training facilities, more than 40 nationally ranked courses, and PGA Tour events.

To be sure the recipient of this gift is in swinging shape for his or her tee time with Player, an instructor from the Tour Academy, the PGA-sponsored training facilities around the country, will travel to the recipient’s local course each month for one year and coach him or her and a guest. For the ultimate fine-tuning, the recipient will also be flown first-class four times a year to TPC Sawgrass in Florida, where state-of-the-art technology will analyze swing patterns and dimensions. The data will be used to create one fully customized set of TaylorMade clubs.

Armed with new clubs and a new swing, the recipient will head to a TPC course of his or her choosing for the round of golf with Player. But the experience will not end on the 18th green. This gift also includes a hands-on look at one side of golf that most amateurs never see: the creative process that goes into designing a course.

After traveling to the offices of Gary Player Golf Course Design in South Carolina, the recipient will participate in every step of developing a course, including scouting locations with the design team and offering suggestions on everything from landscaping to bunkers. He or she will receive a lifetime honorary membership to the course on its completion.

Exclusive privileges and a professional’s perspective are what make this gift unique, says Fechter: “Inside access to the world of professional golf is limited to a privileged few. The opportunity to walk where the pros walk and feel the energy of a tournament is incredible. This gift will provide a lifetime of memories.”