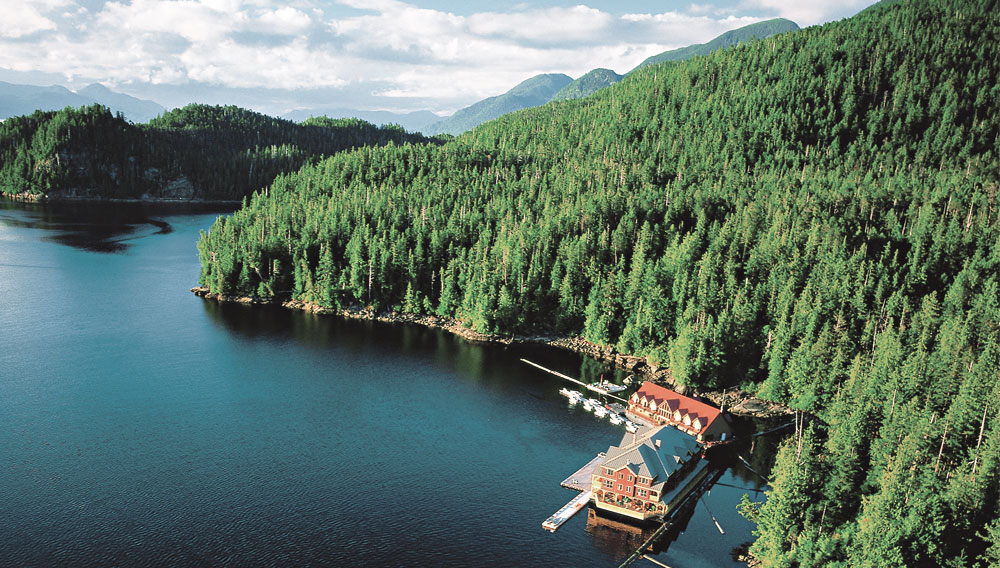 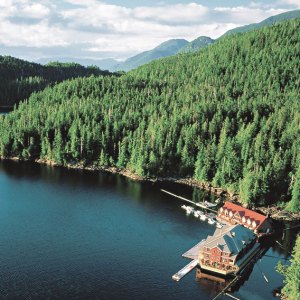 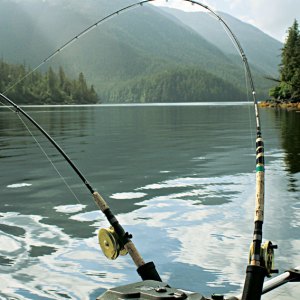 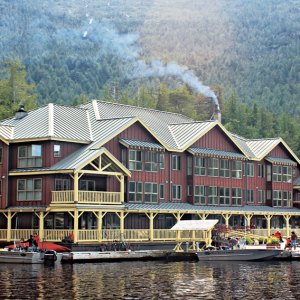 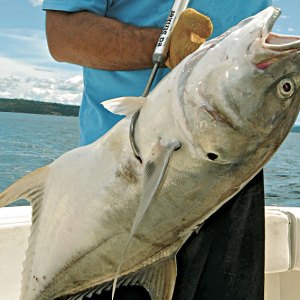 Canada’s King Pacific Lodge is without peer as a luxury fishing destination in North America. The 17-room floating resort—which is towed each summer to its remote mooring in British Columbia’s vast Great Bear Rainforest—offers accommodations, service, cuisine, and ambience that are on par with the world’s most exclusive retreats. But instead of a sandy beach or golf course, this Rosewood resort opens to a majestic wilderness of salmon-filled fjords and forests that are home to bald eagles, wolverines, and white bears. Indeed, a trip to King Pacific Lodge is as good as it gets for nature lovers and anglers—and is about to get better in the hands of superstar chef Michael Mina.

Mina, an avid fisherman who grew up in the Pacific Northwest, will host the recipient of this gift and 29 of his or her friends on a one-of-a-kind fishing trip to King Pacific Lodge. A seafood virtuoso, Mina broke through as a chef at San Francisco’s Aqua in 1991 and now presides over a culinary empire of nearly 20 restaurants that include American Fish in Las Vegas and Saltwater in Detroit. His seafood expertise spans Fire River oysters to Great Lakes walleye, but Mina concedes a soft spot for salmon. “I always lean toward salmon,” he says. “It gives you a lot of options because of the oils in it. You can poach it, pan roast it, grill it, crust it—salmon holds its moisture really well.”

Mina will have ample opportunities to apply those techniques on this five-night excursion, which will begin in Vancouver at the newly reopened Rosewood Hotel Georgia. At the Georgia, top Vancouver chef David Hawksworth will host a kick-off party for the group in the private dining room of his new Hawksworth Restaurant. The next morning, the guests will take an hour-and-a-half charter flight, followed by a 40-minute floatplane ride, to King Pacific Lodge.

Days at the lodge will be spent trolling for the many cohos and chinooks that run through the frigid fjords every summer. Guests will also enjoy a day of guided heli-fly-fishing on the Green River, where bear sightings are the norm. Additional guides will be on hand at the lodge to lead hikes, kayaking trips, whale-watching tours, and other excursions.

Each night of the trip, Mina and two of his executive chefs, David Varley and Adam Sobel, will prepare tasting menus built around the days’ catches and other local ingredients. “Obviously it’s going to be based around the salmon,” Mina says. “I would incorporate a lot of open-flame cooking, because you want to capture that feeling of being up there. I love to take whole salmon, bone the middle out, and roast it like a prime rib.”

Mina’s dishes will be paired with vintages selected by his longtime wine director, Rajat Parr. Though he has “never tried” fishing himself, Parr certainly knows his way around fish, having matched wines with everything from San Francisco cioppino to smoked-salmon “BLTs” at Mina’s many restaurants. He is also a winemaker who produces Pinot Noir and Chardonnay in conjunction with nearly a dozen vineyards on California’s central coast. Parr will bring some of those wines, as well as several other favorites, for the group to enjoy during the trip. He will also create two custom blends—one Pinot and one Chardonnay—for each guest to take home.

Parr will design the custom wines to pair with the other parting gift: 50 pounds of salmon smoked by Mina himself for each guest. “I take the salmon and pack it with chopped parsley, sliced shallots, bay leaves, peppercorn, and a salt-and-sugar mix, and then put it in the refrigerator for four to five days,” he notes. “I then cold smoke it for an hour, and that’s about it.”

Mina says that the vacuum-sealed salmon will last for a few months, or more if frozen, ensuring that every guest can savor their trip to King Pacific Lodge for a long time to come.

The scheduling of this Gift is contingent on the availability of Michael Mina, King Pacific Lodge, and the Rosewood Hotel Georgia.