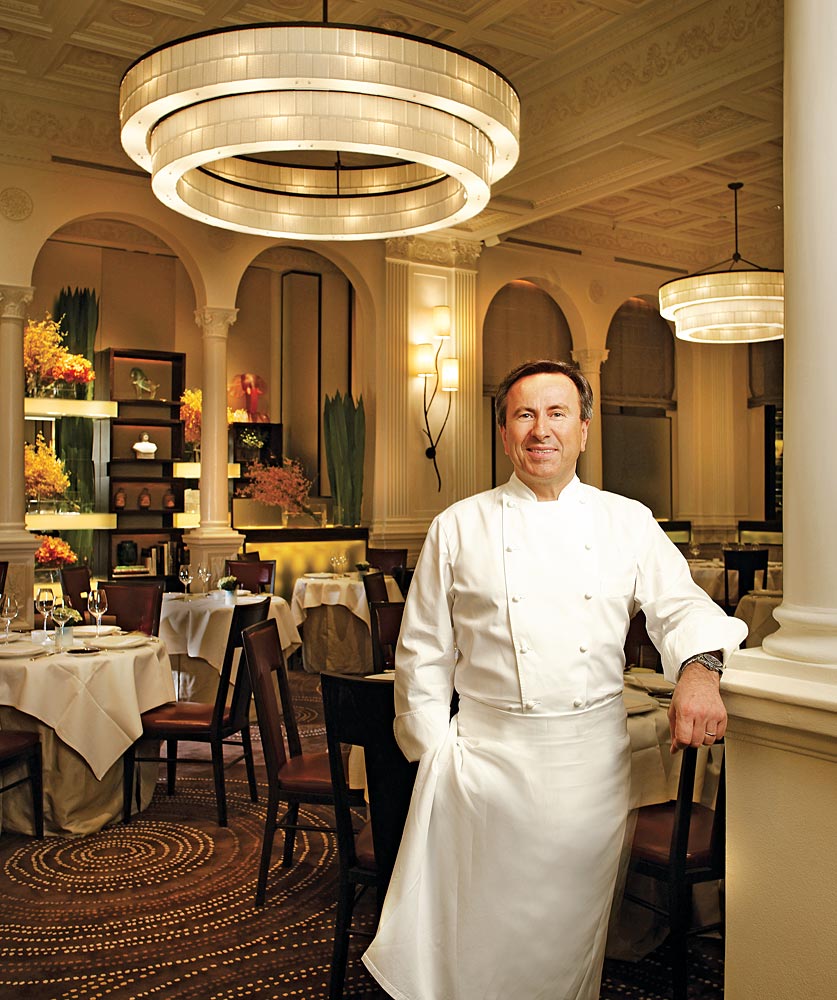 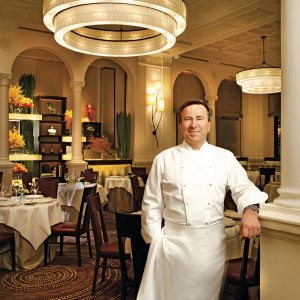 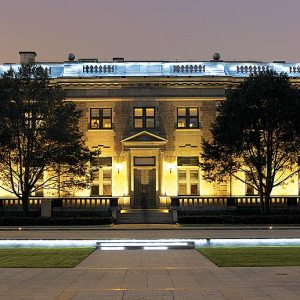 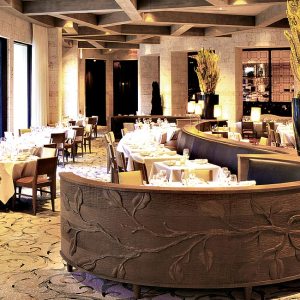 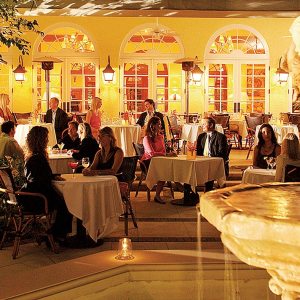 An extravagant eight-course dinner paired with some of

A personal concierge to arrange visits to museums, art galleries,

and other points of interest in each city.

Private-jet travel to, and luxury accommodations in, the destinations.

Chef Daniel Boulud considers return guests extended family. Since 1993, when he opened Restaurant Daniel on Manhattan’s Upper East Side, he has watched young executives become power brokers, first dates become marriages, and newlywed couples become growing families. This year, Boulud’s own family—of restaurants—has also grown. Besides opening two establishments adjacent to one another in Vancouver’s Kitsilano neighborhood, the French chef recently opened Maison Boulud in the heart of Beijing’s Legation Quarter. In proximity to the Forbidden City and Tiananmen Square, the restaurant occupies the former U.S. embassy, a stately turn-of-the-20th-century mansion where the Dalai Lama resided during the 1950s and where Henry Kissinger conducted secret meetings in 1972 with Chinese premier Zhou Enlai. To celebrate these additions, Boulud is inviting one Robb Report reader and five guests on a two-week, three-country journey to all nine of his French-contemporary restaurants.

The itinerary begins in New York City, home to four Boulud venues. Upon arrival, the guests will enjoy a welcome dinner at Restaurant Daniel, where they will sit in the chef’s skybox—a private glass room situated above the kitchen. Over the following three days, the group will dine at the chef’s three other New York establishments, Café Boulud, Bar Boulud, and DB Bistro Moderne. Café Boulud is named after the small gathering place that the chef’s great-grandparents maintained a century ago on their farm outside of Lyon, France; the restaurant serves cuisine inspired by what Boulud calls his four muses: traditional, seasonal, vegetarian, and international. Bar Boulud, located across the street from the Lincoln Center, offers a more casual experience, with an emphasis on the wine bar. And DB Bistro Moderne, the fastest-paced of Boulud’s restaurants, serves his interpretation of French bistro cooking, including a $150 hamburger made from ground sirloin stuffed with red-wine-braised short ribs, seared foie gras, and 20 grams of freshly shaved black truffle.

From New York, the party of six will travel west to the Nevada desert, where they will spend an evening at Wynn Las Vegas and dine at the property’s Daniel Boulud Brasserie. Here, the menu abounds with the kind of straightforward cooking that the chef describes as “French comfort food.” The next day, the journey progresses to Vancouver, where the group will dine at Boulud’s newly opened Lumière (a member of Relais & Châteaux) and DB Bistro Moderne (sister to the chef’s New York restaurant of the same name). Revamped by Boulud, Lumière was formerly a long-renowned fine-dining destination, while DB Bistro Moderne is more casual. After three days in Vancouver, the party will depart for four days in Beijing before flying back to the United States to bask in the tropical setting of the Café Boulud located in Palm Beach’s four-star Brazilian Court hotel.

“These very special guests will be entering into the world of Boulud in more ways than just the food,” says the Michelin-starred chef, whose restaurants serve contemporary French fare that reflects the seasons and showcases fresh, local ingredients to fine effect. “What may be in season in Palm Beach will not necessarily be in season in Beijing, so although the guests will recognize the style and quality, they will not grow bored with the same dishes,” he says.

To celebrate the individuality of each location, the chef’s corporate office, the Dinex Group, will arrange for a private concierge to accompany the buyer’s party throughout the 14-day trip, making all of the necessary arrangements for private ground transportation, spa services, sightseeing, and tickets for shows. (The $1.1 million price of the gift covers these amenities, including orchestra premium seats at New York’s Metropolitan Opera and a visit to China’s Great Wall.) While traveling between the various locations aboard the Gulfstream V jet, the guests will savor in-flight meals prepared on the ground by Daniel Boulud’s staff, as well as the chef’s private-label caviar and smoked salmon.

The culinary journey will end where it began, at the flagship Restaurant Daniel, where the staff will regale the party with a grand finale dinner consisting of eight courses specially prepared to accompany some of the restaurant’s rarest wines: Dom Pérignon Œnothèque 1975; Trimbach Clos Saint Hune Riesling 1990; Domaine de la Romanée-Conti Montrachet 2004; Domaine de la Romanée-Conti La Tâche 1990; Henri Bonneau Réserve des Célestins Châteauneuf-du-Pape 1990; Château Haut-Brion 1961; and Château d’Yquem 1947. “At the end of the two weeks,” says the chef, “we want the guests to feel that they have entered into the restaurant family of Boulud for a lifetime.”