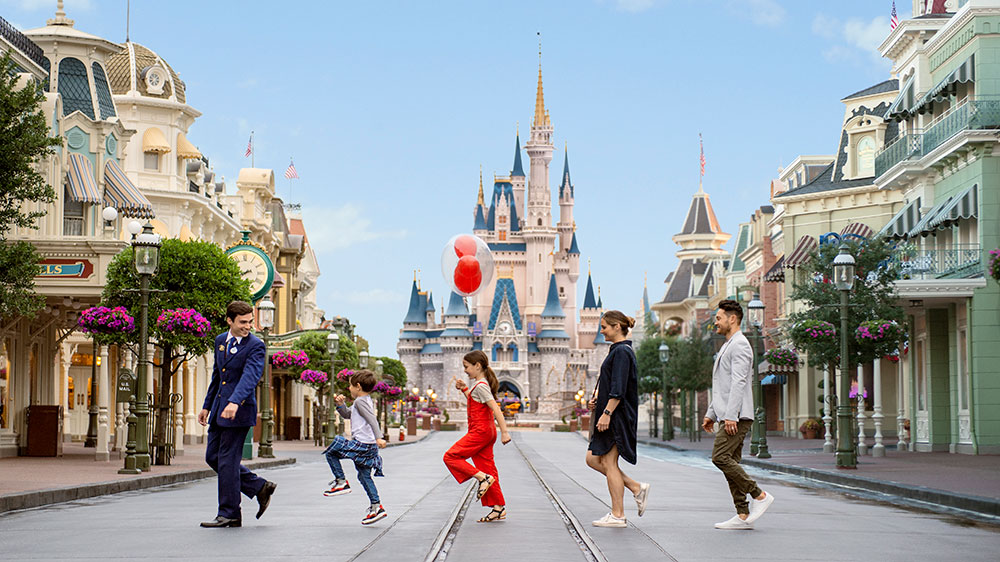 It’s a warm Florida afternoon and Matt Paule, a private guide at Walt Disney World in Orlando, is escorting a small group of guests past a guard at the back entrance to Animal Kingdom. Skipping the throngs of people waiting at the main entrance, Paule leads them straight into the World of Avatar and into the FastPass line for Flight of Passage, the park’s hottest attraction.

There are plenty of advantages to hiring a VIP guide but time—the most valuable commodity at expansive Disney—is definitely the biggest. Knowing the right people can do more than put you at the front of long lines—it can get you last-minute reservations at hard-to-book restaurants, luxury vehicles that transport you directly from park to park, and valuable insight into Disney history and inner workings.

VIP tours are part of the recently-dubbed Crown Collection by Disney, which brings together the most-luxurious experiences at its Orlando parks and allows guests to choose and customize their own experiences. “The Crown Collection combines all the curated offerings and personalized services under one umbrella for guests seeking to take their experiences to the next level,” said Paul Oppedisano, vice president of premium services.

There’s a long list of options in Crown Collection, from private events to Delicious Disney, themed tasting dinners with wine pairings. But here are a few of the top highlights that Disneyphiles of all ages will want to take advantage of.

VIP Tours: VIP private guides, like Paule, lead groups of up to 10 people on customized tours for an hourly rate between $425 and $650, with a seven-hour minimum. There are also non-private tours with set agendas, such as the Ultimate Day of Classics and the Ultimate Day of Thrills tours, which run from $99 to $349 per person.

Get the VIP treatment with a private guide  Photo: Courtesy of Disney Crown Collection

Disney Signature Services: This services offers pre-arrival vacation planning to guests staying in a suite or club-level room at a Disney resort hotel. A dedicated cast member assists with everything from dining reservations to in-room celebrations and special requests.

Special Events: If you’ve ever considered having an original song or musical penned and performed for your friends or family, Disney Special Events can make it happen. With access to some of the best storytellers, songwriters and creative geniuses, nothing is impossible—including the creation of new characters to help tell your story.

Sunset Sails: Watch fireworks while sipping Champagne and eating chocolate-covered strawberries aboard Disney’s Grand One yacht. Sailing around the Seven Seas Lagoon and Bay Lake near the Magic Kingdom, the 52-foot Sea Ray accommodates up to 18 people with hourly rates starting at $349. The butler, however, will cost you extra.

Luxury Accommodations: There’s no dearth of upscale bungalows, villas and suites at Disney World Resorts, but the pièce de résistance continues to be the Grand Floridian. This Victorian-style property provides concierge service, a club-level lounge, a spa and two of Disney’s top restaurants: the Victoria & Albert, with its refined degustation menu and coveted chef’s table, and the contemporary Citricos, which features an open kitchen and private dining room.

Wine and Culinary Experiences: The Crown Collection includes access to fine dining at Disney’s best resort restaurants, as well as reservations at Disney Springs, which continues to raise the bar on the culinary and cocktail scene. Master sommelier George Miliotes has opened Wine Bar George—the only master sommelier–led wine bar in Florida. Nearby, the fifth location of Chef Jose Andres’s Jaleo also pulls in the crowds, many there to sip on its clever (and addicting) foamy margarita.

Golden Oak: For Disneyphiles who just can’t get enough, single-family luxury homes are available for purchase at the gated Golden Oak development, built on Disney property and offering member-only access to the Golden Oak Clubhouse and its notable restaurant, Markhams. The ultimate address is in the Four Seasons at Golden Oak neighborhood, which comes with access to many of the amenities at the Four Seasons Orlando.

Club 33: Although often kept under wraps, the exclusive Club 33 is a members-only club that has recently expanded to four of Disney’s Orlando parks. You’d better be a super-fan for this one: Members are heavily vetted and fees are even steeper at $25,000 for initiation, plus $10,000 per year.