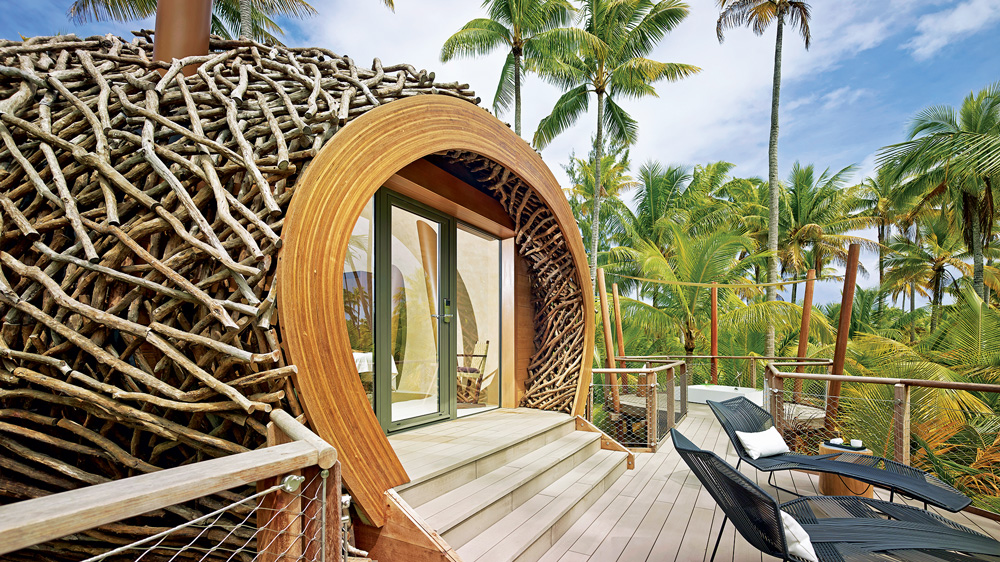 When it comes to tropical-island resorts, the most extraordinary destinations are often the most difficult to reach. In Cambodia’s remote Koh Rong archipelago, Song Saa (song​saa.com) is a private-island resort that strikes just the right balance between Robinson Crusoe and tropical opulence. The densely jungled 17-acre property features 27 villas, some stilted above the sparkling sea, others perched on the edge of a powdery white beach. On India’s Havelock Island, located between the Andaman Sea and the Bay of Bengal, the pristine coastline has evaded reef damage thanks to its isolation. Jalakara (jalakara.info) is a high-design hideaway in the midst of the island’s rain forest, with just six sleek rooms and villas. And in French Polynesia, the far-flung Tetiaroa might have stayed forever a secret if not for Marlon Brando, who purchased the 12-island atoll 50 years ago. In 2014, a decade after the actor’s death, his dream of creating one of the world’s most distinct island getaways came true with the opening of the Brando (the​brando​.com), an extravagant eco-resort with 35 villas, two Guy Martin restaurants, and a naturalist’s laboratory.