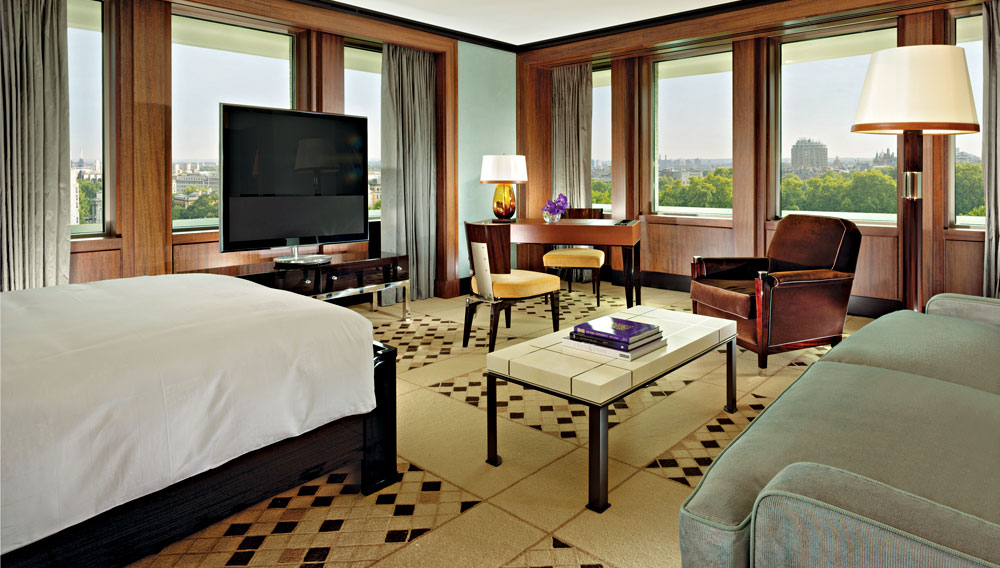 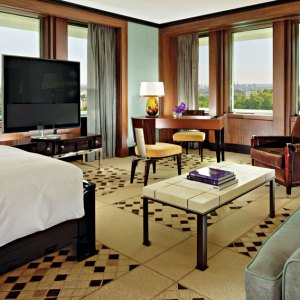 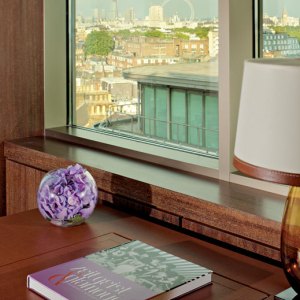 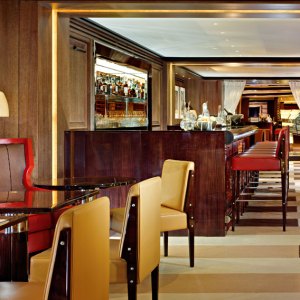 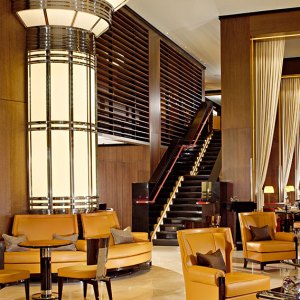 London’s 45 Park Lane, home of the Playboy Club casino during the 1960s, ’70s, and ’80s, has been recast as the Dorchester Collection’s newest five-star haunt. Overlooking Hyde Park and the grande dame hotel for which the Dorchester group is named, 45 Park Lane presents a clubby complement to its sister property next door.

Conceived by Thierry Despont, the New York–based designer who refashioned the Dorchester’s Promenade for the hotel’s 75th anniversary in 2006, 45 Park Lane’s 45 rooms and suites feature Art Deco–inspired interiors with lacquered surfaces and chrome accents, and original works by 10 contemporary British artists. The petite public areas include a welcoming mezzanine-level library; a dramatic glass-enclosed, double-height lobby; and Cut at 45 Park Lane—Wolfgang Puck’s first European outpost. Reservations for the restaurant are easiest to come by for hotel guests, who also have preferred access to Alain Ducasse at the Dorchester and the other fine-dining venues next door. 45 Park Lane, +44.20.7493.4545, www.45parklane.com