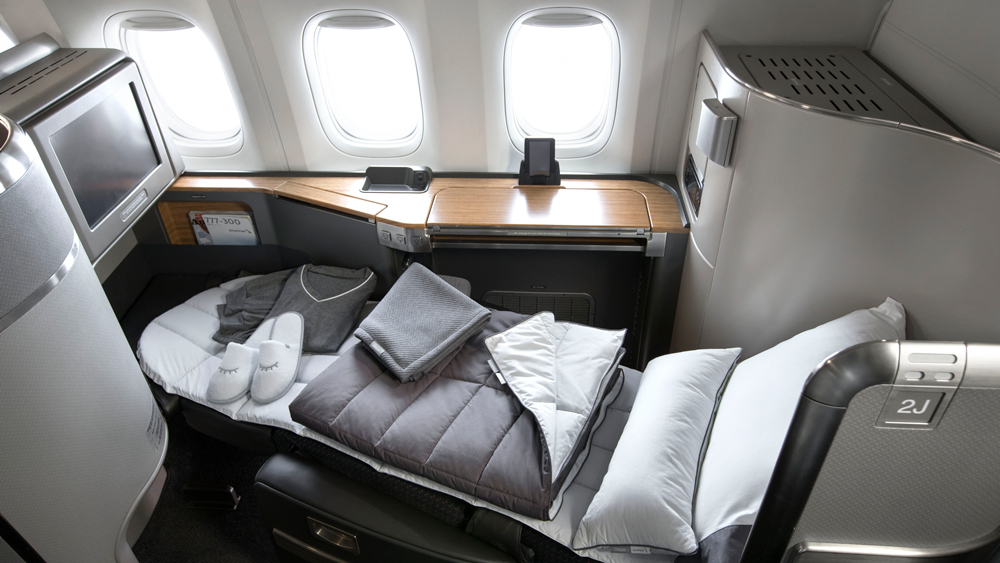 When Singapore Airlines re-launched its direct flight from Newark to Singapore this October, it not only introduced the use of a new ultra-long-range aircraft (the A350-900ULR), but it also reclaimed the distinction of offering the world’s longest commercial nonstop flight, which clocks in at an impressive 18:45 hours. In practical terms, that’s about nine movies, several REM cycles, a few multi-course meals—and an increased chance of travel-related wellness issues.

As much as travel can be glamorous, inspirational and restorative, the actual travel—meaning, transit—can wreak havoc on our minds and bodies, from the overall stress of navigating airports and dealing with logistical mishaps to health effects like dehydration, dry skin, muscle aches, sinus issues and jet lag. Which makes it all the more important to stay well while en route.

“There´s no reason that our healthy habits should slip when we travel, as maintaining optimal health should always be the priority,” says Alejandro Bataller, co-founder and vice president of the SHA Wellness Clinic in Spain, which operates two Esenza by SHA outlets in the Madrid airport that offer healthy food and drink options and targeted spa treatments. But unfortunately, he notes, “travelers are often left unsatisfied and frustrated by the unhealthy options available” while on the road.

Luckily, that’s changing. Taking cues from the rise in wellness-focused airport operations like SHA’s, several airlines are making passenger wellbeing a new priority. Here’s a look at the ways six airlines are ensuring the skies aren’t just friendly, but healthy, too.

Passengers on the direct Turkish Airlines flight from JFK to Istanbul last July 23 were treated to a surprise fellow traveler: Dr. Mehmet Oz, of TV and book fame, who was on board to engage with travelers and film a special episode of his show highlighting his role as brand ambassador for the airline’s new “Fly Good, Feel Good” program. Rolling out in stages, the program features expert tips for healthy travel—before, during and after a flight—via short expert-led videos available on the airline’s web site, social media accounts, and in-flight entertainment systems, as well as through printed takeaways; covered topics include handy exercises for dealing with air pressure changes or dehydration. Healthy beverages, like herbal teas blended to combat indigestion, fatigue, and stress, will be served on board, as will flavorful meals crafted by the airline’s famous, toque-wearing on-board chefs, who never use any frozen ingredients.

The venerable French carrier has debuted a host of ways to stay well both before, during, and in-between flights. Following a complete overhaul, the expanded Air France Business Lounge in Charles de Gaulle’s Terminal Two, Hall L now features a nearly-6,000-square-foot wellness area—the largest of any in the carrier’s worldwide lounges. Centered around a 3-D digital sculpture, the section features an “Instant Relaxation” rest area with sun loungers and private mini-suites, a detox bar, two private saunas to help sweat out the toxins, and a Clarins Spa offering complementary hydrating facial treatments using plant-based products.

Once in the air, long-haul passengers in all cabins can call up a series of original guided mindfulness programs on their seatback screens. Launched in June, the Mind app selection includes six options for adults—with exercises focusing on topics such as “achieving inner calm and peace” and “mindful travel”—and six designed for kids using characters from a children’s book.

October’s re-introduction of Singapore Airlines’ Newark-Singapore non-stop not only helped the carrier earn back the “longest commercial flight” title, but it also heralded the launch of their new partnership with iconic wellness brand Canyon Ranch. Designed by a team of experts in areas including integrative medicine, exercise,  and nutrition, the new initiative was designed to “re-invent ultra-long-haul travel” via a focus on wellness cuisine (with chef- and nutritionist-created menus centered on nourishment and hydration), rest and relaxation (via specially-designed lighting and passenger sleep tips), and movement (with guided stretching videos, led by Canyon Ranch exercise physiologists, available in the personal entertainment systems.) In addition to the Newark flights, the program will also be offered on Singapore non-stops from Los Angeles and San Francisco.

With non-stop flights from Hong Kong to dozens of destinations, long-haul is Cathay Pacific’s wheelhouse—making wellness particularly relevant to the carrier. This year saw the launch of the new inflight “Travel Well with Yoga” inflight program, developed in partnership with the Pure Yoga chain of studios. In a series of six custom videos (available on demand in the seatback TVs Lifestyle channel), Pure Yoga instructors show guests how to get comfy and stay centered before, during and after a flight with targeted yoga and meditation techniques. The exercises focus on issues like joint mobility, circulation and mental relaxation, with some suitable for an airplane seat, and others better performed in your hotel suite.

It’s one thing to say your premium seats are lie-flat and contoured—it’s another to make them actually comfortable enough to get a good night’s sleep. American Airlines has partnered with mattress industry disruptor/success story Casper to design upgraded bedding for multiple cabins. Based on their extensive research in the field of sleep science, Casper has made its first foray up in the air with the creation of eight new in-cabin products, ranging from multi-layer mattress pads, two types of pillows, crisp and breathable pillowcases and duvets, and soft blankets in the brand’s signature chambray. First-class passengers get added perks like super-soft pajamas and cute slippers emblazoned with shut eyelids.

Virgin founder Richard Branson puts his money where his mouth is when it comes to living an all-in, well-rounded life—so it should be no surprise he wants to help his passengers live their best lives, too. Step one: overcoming flying anxiety, and minimizing the stress of travel. To help, Virgin Australia has partnered with Australian mindful meditation company Smiling Mind to create programming targeted to anxious fliers. Officially launched this October on a flight hosted by Branson himself, the initiative features a series of calming guided meditations and deep-breathing exercise videos in the in-flight entertainment system; next year, the carrier plans to introduce additional support, both before and during the flight, for passengers who identify themselves as nervous fliers. Whether you truly have aviophobia or would just like a non-chemical and alcoholic-free way to relax and fall asleep, the videos have got you covered.