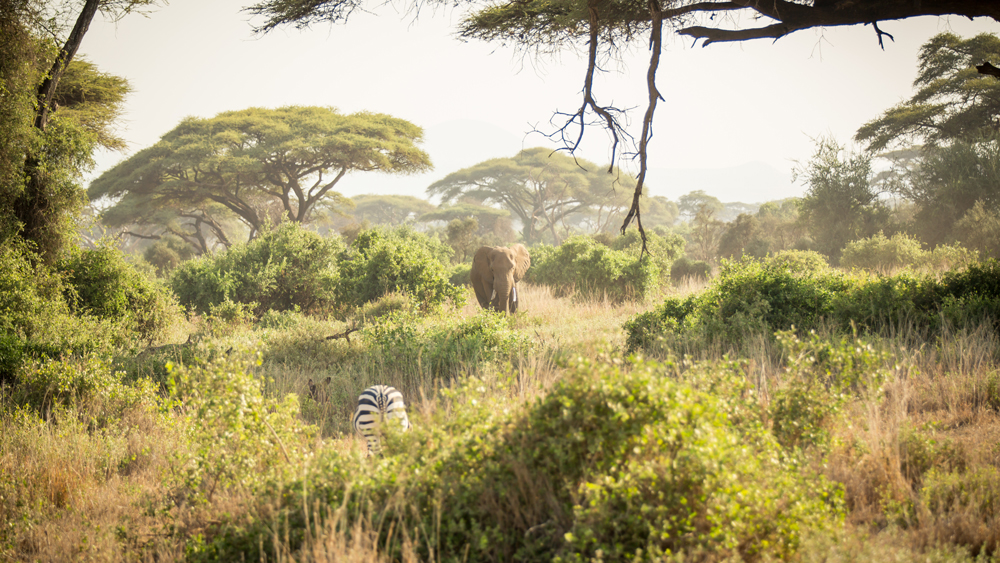 If you’re a regular Robb Report reader, you’re likely no stranger to seriously over-the-top ways to safari—booking an exclusive-use lodge or heading to under-the-radar destinations like Namibia included. And though we all love the Big Five, we don’t blame you for looking for an itinerary that goes the extra mile (or, you know, couple of thousand) to give you an up-close-and-personal look at some of the world’s rarest animals. And that is exactly what Abercrombie & Kent’s newest trip does.

The luxury outfitter’s Wildlife Safari: Around the World by Private Jet will take just 50 guests on a 25-day safari in February and March 2020 (the $100,000-plus trip is currently available for booking), touching down in eight countries across Asia and Africa in a tricked-out Boeing 757. Though the itinerary does include some classic safari stops, it kicks off far from the beaten path in Japan. There, you’ll spend a few days exploring Kogen National Park from your home base at the Peninsula Tokyo, meeting Japanese snow monkeys, sipping champagne under the earliest cherry blossoms, and enjoying a traditional kaiseki dinner presided over by an accomplished geisha in the process. From there, you’ll hop over to Chengdu, China, where you’ll be brought on as an assistant panda keeper at the world-renowned Giant Panda Breeding Center, helping experts wrangle fluffy cubs for feeding (and, of course, getting photos).

The jet will then whisk you south, stopping in the Philippines so you can swim with whale sharks and track down tapirs before heading on to Borneo. Once in Malaysia, you’ll head to the wildlife sanctuaries of Sepilok, where you’ll get an inside look at the positive impact organizations like the Bornean Sun Bear Conservation Centre and Sepilok Orangutan Rehabilitation Centre are having on the vulnerable and critically endangered species (both organizations prep at-risk members of their respective species to return to the wild). You’ll then head east again, this time touching down in Jaipur before driving into Ranthambore National Park. There, expert trackers will lead you on treks to spot the critically endangered Bengal tiger over the course of two days. If you could use a break from safariing, you can also use this time to explore the region—as tours of the magnificent ruins that dot the region, lessons in Indian cuisine, and cultural encounters at nearby villages are all also available. Before jetting off to Africa, you’ll also be treated to a torchlit feast in an amphitheater in Ranthambore, where you’ll swap safari stories over traditional cuisine.

Emerging safari destination Rwanda is the first stop on the African leg of the journey. After making the hike to the stunning Bisate Lodge (which snagged a mention in Robb Report’s annual Best of the Best for its high-design interiors and crater-top perch), you’ll spend a few days in Volcanoes National Park looking for Mountain gorillas, listening to conservation talks with leading gorilla doctors, and meeting the local Iby’iwacu people. Then, you’ll spot playful and shy lemurs in Madagascar before ending the trip in classic safari style: watching the Big Five in Kenya’s ever-popular Masai Mara.