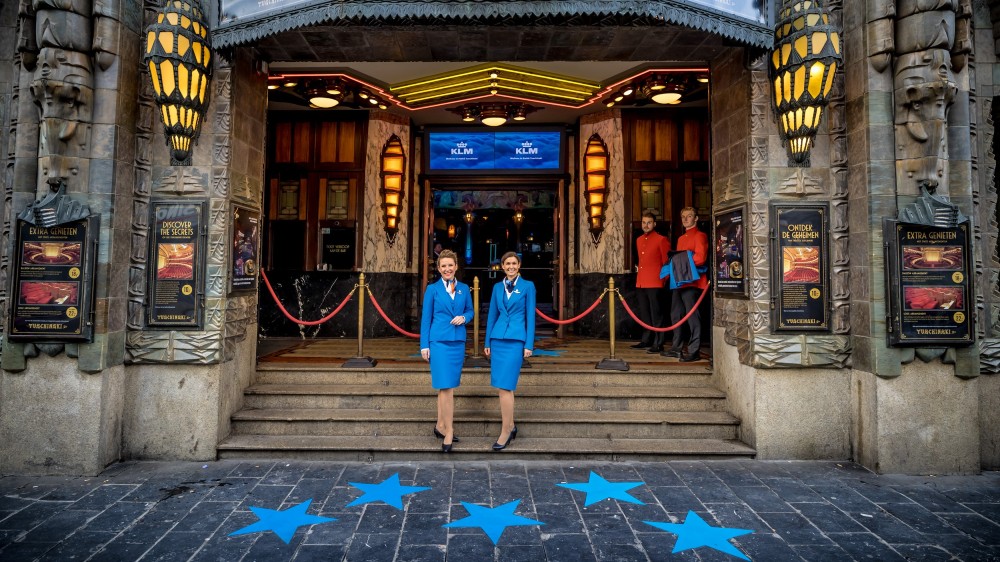 The pandemic has impacted the air travel industry in many ways, and one of the biggest has been the significant increase in the booking—and purchase—of private jets, as the advantages of this mode of transport fit perfectly with the increased desire for privacy, convenience and flexibility. But now that so many luxury travelers have gotten a taste of the private aviation life, will they ever go back to commercial air travel?

Many of the top international airlines are betting they will—and are introducing a host of things to tempt their premium cabin passengers to return to the fold. From new first and business class comforts to celebrity chef-created menus and wellness-focused dining in the lounge and inflight, here are some reasons (beyond collecting miles and status) why you’ll want to rejoin fellow travelers in the friendly skies.

American was the first domestic carrier to reopen its dedicated business class lounges following the initial Covid-19 shutdowns, and you can now pop into lounges in New York and Miami, with more soon to follow. But they’re different than before: Now, you can expect a welcome glass of Champagne at the check-in area, plus dining menus in each lounge that have been revamped in partnership with local chefs and the James Beard Foundation. Another American lounge tip: If you are Hawaii-bound on nonstop flights from (or to) Charlotte, Chicago or Dallas/Fort Worth, the airline now gives Flagship Business passengers Admirals Club access. Previously, you had to be a Club member, but now these flights are treated like long-haul international flights, so you get that extra perk.

Meanwhile, British Airways has reopened its Concorde Lounges (reserved for first class fliers), and both the New York JFK and London Heathrow locations now feature a new custom cocktail list plus sleep pods with wakeup service for catching some quick shuteye during a connection. Over in Paris, Air France recently cut the ribbon on one of its largest lounges in the world. Taking the place of two smaller lounges, the Charles de Gaulle Terminal F lounge sits between the two F terminals, which are used for intra-Europe flights. The new facility boasts two floors of designer furnishings, hot and cold food buffets, shower rooms, self-serve drink areas and plenty of workspace.

The bar at the new Polaris lounge in Washington, D.C.  Courtesy United Airlines

United Airlines unveiled its newest Polaris business class lounge at Washington Dulles last month. Measuring 21,000 square feet, the lounge features an a la carte dining area, shower suites, a library and a cocktail bar. Existing Polaris lounges, which are available to United business class and Star Alliance business and first class passengers, are also steadily reopening, with outposts in Chicago, Houston and Newark set to be available before the end of the year.

Airlines aren’t the only ones back in the lounge business, as premium credit cards are getting in on the fun, too. American Express Centurion Lounge fans have two new locations to frequent—New York LaGuardia and London Heathrow, with the latter being the company’s first lounge in Europe. Both Chase Sapphire and Capital One are also launching new lounges in the coming year: The former will open its own lounges in Boston, New York LaGuardia and Hong Kong, while the latter is adding lounges at Dallas/Fort Worth, Denver and Washington Dulles airports.

Once you’ve enjoyed hospitality in the airport, it’s time to board your plane—where you might find a snazzy new premium cabin waiting for you. In addition to recently launching transatlantic flights to London aboard its new Airbus A321 Long Range planes, JetBlue just launched a new Mint (business class) cabin with custom bedding and headphones, menus from New York City-based Delicious Hospitality Group (whose restaurants include Charlie Bird and Legacy Records), all-aisle seating and Studio Suite options in which you can dine with a traveling companion. (Our pick for best spots in the cabin: Seats 1A and 1B.)

On Virgin Atlantic Airbus A350 planes, Upper Class passengers can socialize in the Booth, a new lounge-style are near the galley (instead of the standard bar found on some other Virgin Atlantic aircraft). The space features a booth with center table at which you can grab a drink or catch live footage of the plane via tail cameras. The airline plans for it to be flying between London and many leisure destinations, including Florida and the Caribbean.

Once you get to your seat, you might find some new treats there, too. JetBlue Mint travelers are gifted chic amenity kits packed with useful skincare and wellness items tailored to both the time of your flight (morning, evening or red-eye) and your destination. In an exclusive partnership, Qatar Airways is stocking products from high-end French line Diptyque in its premium cabin washrooms; hand washes, lotions and facial mists will be found on-board, while shower gels, shampoos and conditioners will be available in the airport lounges at key hubs.

American Airlines has revamped its business and first-class amenity kits with the help of Detroit-based brand Shinola—which created a collection of streamlined, reusable bags—and Brooklyn-based perfumers D.S. & Durga, which is featuring its beautifully-scented Rose Atlantic and Radio Bombay lip balms and lotions. Finally, KLM loyalists who collect the airline’s signature Delftware houses (you know who you are) are in luck: In honor of its 102nd birthday, the Dutch airlines unveiled a new house commemorating Amsterdam’s landmark Tuschinski Theatre. As always, the house is filled with the Dutch spirit, Bols Genever, and business class fliers can keep track of their collection via a dedicated app.

You’ve settled in, taken off—and now it’s time to eat. Thanks to a host of new chef and restaurant group partnerships, dining in premium cabins is soaring to new heights, too.

In addition to partnering with Do & Co for first class and international Delta One meals, Delta Air Lines is joining forces with notable chefs for Delta One meals on its transcontinental flights. On certain flights from Atlanta, for example, passengers can enjoy personal, Neapolitan-style Margherita pies from Antico Pizza (dubbed the “best pizza in Georgia”), while select JFK departures offer menus from Danny Meyer’s Union Square Events. If you’re departing from San Francisco, look out for Greek fare from local restaurant Souvla.

Air France has been trialing a pre-order system in business class that allows travelers to pre-select their meals to ensure their preferred option will be available (this helps reduce food waste, too.) The airline also just announced that, from now until February 2022, its premium cabin menus long-haul flights will be created by French Michelin-starred chefs Régis Marcon and Mathieu Viannay. The former has crafted six new dishes for the La Première cabin, ranging from a vegetable lasagna with tangy chive cream to pike and shrimp cake with lobster sauce, mixed scallops and scampi with truffles and confit pigeon with apricot sauce and lemon bulgur. For the Business cabin, Viannay’s eight new offerings will include risotto with vegetable Bolognese, poultry fillet with morel mushrooms and beef tenderloin with potato patties and roasted beets.

With wellness such a big part of the travel conversation these days, airlines are also looking at ways they can help passengers on this front. As of last month, Japan’s ANA is offering a new collection of special-order meals—four different diabetic, low fat, low calorie and low salt options—on all international flights. These dishes were created with the input of French-trained chef Hideki Takayama, who has twice won the Bocuse d’Or International Culinary Competition Asia Pacific.

In an industry first, Singapore Airlines has partnered with legendary California destination spa Golden Door to offer a range of wellness-focused touches on its long-haul flights. Menus were crafted by top chefs and nutritionists, and dishes might include scallops or tofu with cauliflower sauce, wild rice and beurre noisette; orange-braised baby beet salad with endive, cherry tomatoes and pine nuts; and vegan coconut ice cream with mango. You’ll also find exercises and stretching programs created by Golden Door trainers, and other useful tips for sleep, hydration, relaxation and more—all of which will be very useful on that 19-hour non-stop to Singapore.