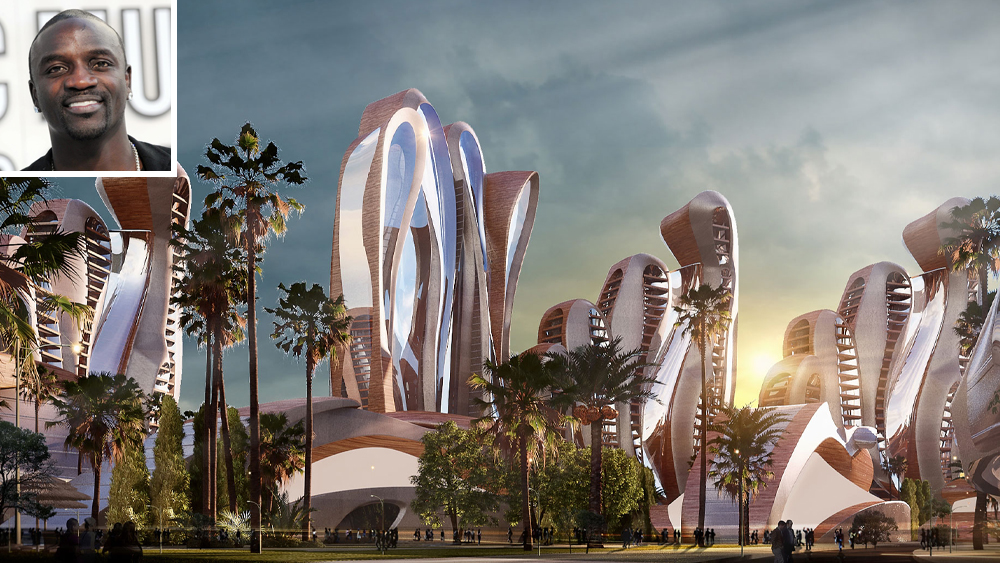 Akon may not be lonely for much longer. The famed R&B singer is going ahead with plans to build a new $6 billion smart city in Senegal where nationals can live and work—and where members of the African Diaspora will always be welcome.

The 47-year-old Senegalese American singer, known for hits like “Smack That” and “Lonely,” has confirmed that construction on “Akon City” will begin next year despite the pandemic’s devastating effects on global tourism. The 2,000-acre metropolis, which was first touted by the singer back in 2018, will feature a sprawling luxury resort, high-rise condos, recording studios, a stadium, and even its own cryptocurrency, “Akoin.”

The oasis is also expected to run on clean energy—no doubt supplied by the singer’s Akon Lighting Africa, which backs solar energy projects in rural areas—plus features an artificial intelligence data center. Naturally, the new city will have a futuristic aesthetic to match the cutting-edge tech. Penned by Bakri & Associates Development Consultants, the city is characterized by gleaming structures that have an almost Surrealist feel. In fact, the renderings look like the backdrop of a Ridley Scott film.

Save for the recurring mononym, Akon City appears to be more than just a monument to the singer’s ego. The hub will be located in Akon’s home country of Senegal, where he spent much of his childhood before moving to New Jersey when he was 11. The singer told the Associated Press the project is geared toward stimulating the local economy and creating much-needed jobs for the Senegalese. He also envisions that the city will serve as a “home back home” for Black Americans and other members of the African Diaspora facing racial injustice.

“The system back home treats them unfairly in so many different ways that you can never imagine. And they only go through it because they feel that there is no other way,” the singer told AP. “So if you’re coming from America or Europe or elsewhere in the diaspora and you feel that you want to visit Africa, we want Senegal to be your first stop.”

Understandably, Senegalese authorities have praised Akon, whom they refer to by his given name Aliuane Thiam, for investing in the country amid such economic uncertainty. The singer, who has an estimated net worth of $80 million, told AP the project has already secured about one-third of the $6 billion needed. He declined to publicly identify his investors, citing non-disclosure agreements. However, Business Insider recently reported that Julius Mwale, the Kenyan technology entrepreneur behind a similar project, Mwale Medical and Technology City, has also invested $4 billion.  If true, that contribution would be noteworthy for more than one reason: According to Insider, Mwale has a history of being sued over allegations that he failed to repay debts. And, from a purely mathematical perspective, it would appear to get Akon to his $6 billion goal—or very close to it.

Perhaps that’s why he is so confident the project will move forward. The singer says that construction on the new city will begin in early 2021. He also said he’s considering franchising the concept to other countries on the continent.

A small, richly imagined city named after its founder and franchised around the world? Walt Disney would be proud.