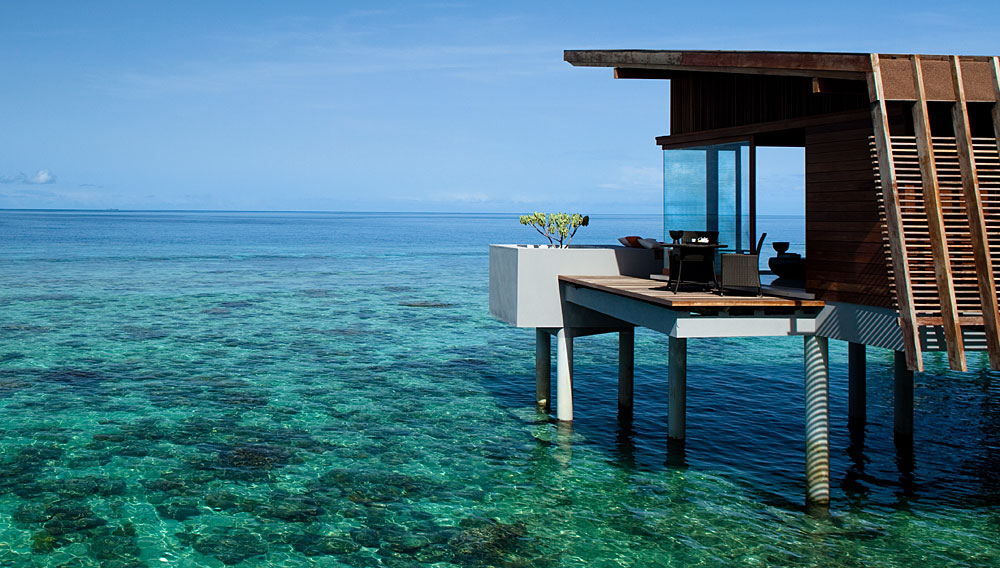 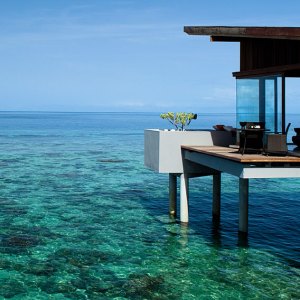 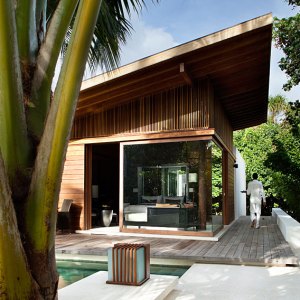 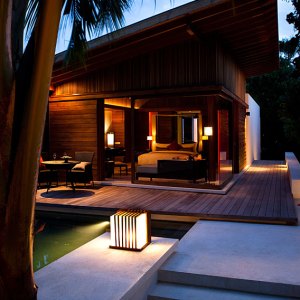 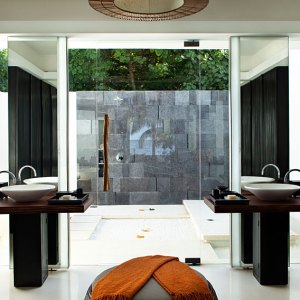 The recent explosion of resort construction in the Maldives has been concentrated in the now-crowded central atolls, leaving the island nation’s southern reaches relatively untouched. Alila Villas Hadahaa is the first resort on the 1,120-square-mile atoll of Huvadhoo. The remote southern isle, the second largest atoll in the world, is located about two hours (by way of plane and speedboat) from the busy capital of Male. Like Hadahaa’s location, the resort’s architecture is out of the ordinary for a Maldivian retreat: Instead of the ubiquitous thatch-roofed Accommodations, Hadahaa features villas with slanted timber roofs. Accommodations Panoramic windows and direct Indian Ocean access are highlights of the 14 over-water Aqua Villas, and native vegetation shades 36 Island Villas, which have sundecks, walled gardens with outdoor showers and baths, and, in some cases, plunge pools. Dining Breakfast and lunch are served in the open-air Relish restaurant, while fine dinners can be had at Battuta’s Restaurant, perhaps the only true Maldivian dining venue at a Maldivian resort. Recreation Snorkeling and scuba diving in the ocean and playing billiards in a reception lobby that resembles a huge upturned wooden boat. Facilities Spa by Mandara. Rates Low season from $1,144 to $1,575 per night; high season from $1,375 to $1,890 per night.