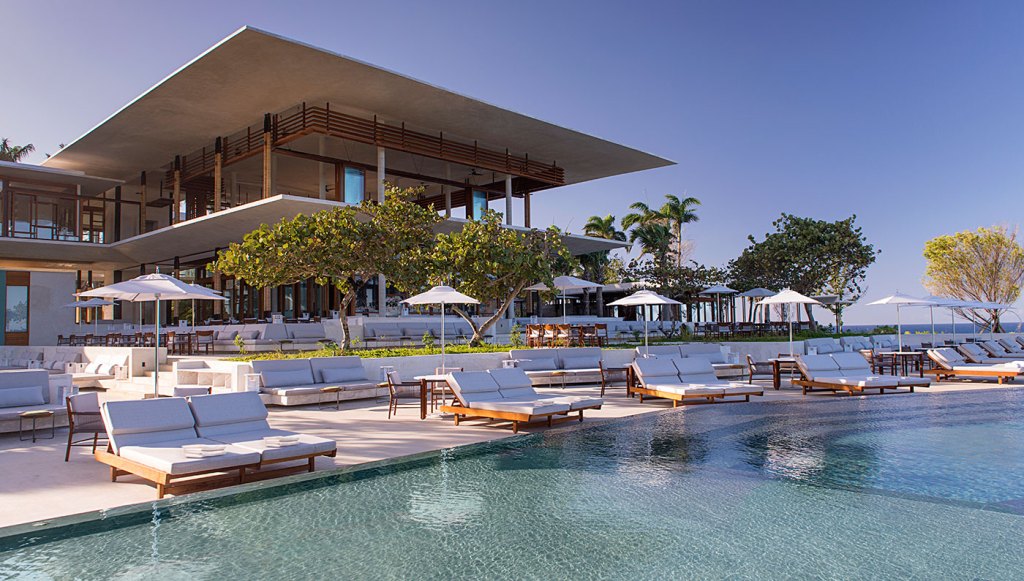 After exploring the Bahamas and Cuba, Christopher Columbus reached the northeastern shore of Hispaniola (the modern-day Dominican Republic) in December of 1492, reportedly claiming, “There is no island more beautiful in the world.” For its 29th property, Aman Resorts (known for its elaborate retreats hidden in the farthest corners of the globe) decided to follow in his footsteps. I may not be as bold as Columbus himself but, after several days at the resort, I can confidently say there is not a more beautiful hotel on the island nation. Opened in November, Amanera, Dominican Republic (ranging from $950 to $6,400 a night) features one two-bedroom villa and 24 one-bedroom villas, most with sizable personal pools overlooking Playa Grande, which boasts a full mile of unadulterated beach.

The pristine coastline (a secluded haven from the throngs of tourists in Punta Cana and the legions of surfers and kiters in Cabarete) and the abounding silence were the first thing I noticed as our Mercedes-Benz GL350 SUV pulled up to the Balinese-inspired, concrete-and-teak structure. Striking as the hotel was, it virtually fell away into its Costa Verde surroundings. A contemporary lobby masterfully incorporates the jungle and Atlantic views with countless indoor/outdoor spaces, and features its own cigar lounge with Dominican puro cigars hand-rolled by two local experts from Arturo Fuente—the first brand to create a cigar made only with Dominican tobacco.

After days of peaceful R & R that I split among the on-site restaurant, the beach club (ideal for lunches and predinner snacks), and the poolside at my personal villa, I ventured into the jungle with one of the most passionate and knowledgeable guides I have ever had the pleasure of meeting. Make sure to arrange time with Antonio. The hike is enjoyable for all fitness levels, and the view from the modest hut at the top, as well as the wild maracuyá (passion fruit) growing along the trail, are well worth the walk. Those looking for more activity after the hike can grab a cart and head to the Playa Grande golf course, which was originally designed by famed course architect Robert Trent Jones Sr. and recently renovated by his son Rees Jones. The 7,085-yard, 18-hole course has the distinction of featuring 10 holes that play directly along the coast—more than any other course in the Western Hemisphere. With rugged bluffs, sandy beaches, and ocean and mountain views, the course is often referred to as “the Pebble Beach of the Caribbean,” and it is the first to be included at an Aman property.

Seeking more authentic fare, I took a stroll to the end of Playa Grande. A quaint cluster of restaurants frequented by locals on weekends and holidays offers rustic cuisine and some of the most flavorful arroz con pollo (rice with chicken) I have ever had. Amanera will also help facilitate meals at the nearby beach restaurants. “Just look for the friendly server, Bachata, like the dance,” advises Laura Fraefel, the guest relations manager. Those who dare to walk the two minutes past the restaurants on a rocky but well-defined trail are rewarded with Playa Preciosa—a stunning cove that I had all to myself for the afternoon. (aman.com)