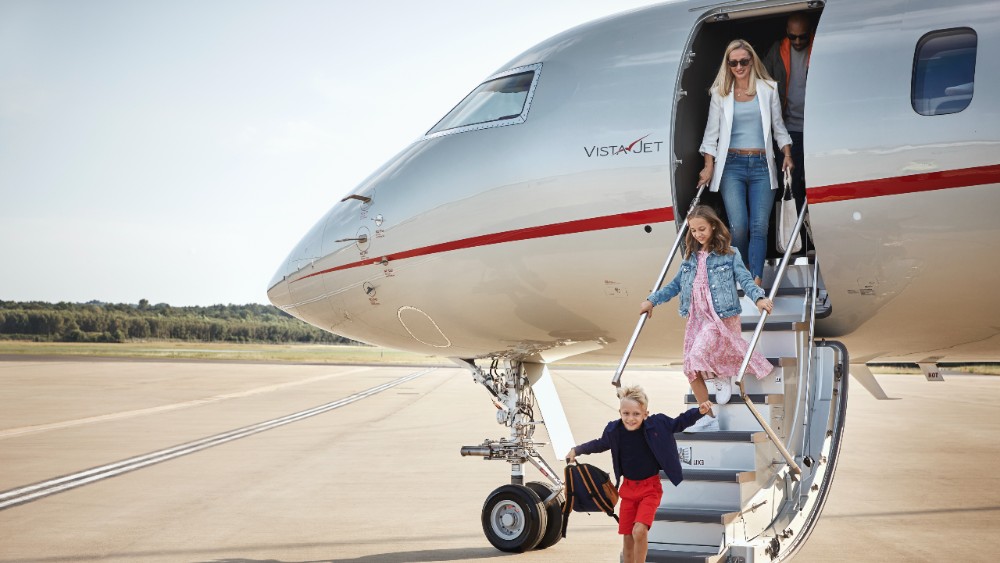 Forget road-tripping the American West or secluded domestic getaways—Americans are ready to return to Europe, and are doing so in a big way. Gone are the days of pandemic-proof travel; instead, travelers are gearing up for a see-and-be-seen summer rife with socializing and big spending.

“People are over subpar, middle-of-the-road experiences and they’re going right for the top,” says Jaclyn Sienna India, founder of membership-based luxury travel and lifestyle firm Sienna Charles, whose clients are worth $500 million or more. And in going for the priciest bookings, from the top hotel suites to extended yacht charters, Americans are helping with an issue that had many in the travel industry nervous about this summer: the lack of those usual big-ticket spenders, the Russians.

Tourism was of course strained during the pandemic, but with restrictions now easing in top destinations across the world, people are returning to their favorite familiar destinations. Despite a raging and devastating war in Ukraine, wealthy travelers aren’t feeling deterred from going to Europe in particular. Mediterranean regions like the Côte d’Azur, the Amalfi Coast and Spain are preparing for an influx of tourists, predominantly American, and they’re coming in droves with their wallets open.

Noticeably absent, of course, are the wealthy Russians, including the many oligarchs who own houses throughout the South of France and Italy. Russian billionaire Roman Ambramovich, for example, owns the historic Château de la Cröe, which has already been seized by the French government, and several superyachts owned by Kremlin-affiliated individuals have been seized as well. While they account for a low portion of total tourism in terms of actual numbers, wealthy Russians have long accounted for a lot of the spending in places Monaco, St. Tropez, Portofino and Amalfi. Now, that role is being filled by Americans.

“Americans are the new Russians,” says Jack Ezon, founder of luxury travel agency Embark Beyond. “They’re filling the Mediterranean hotspots at ridiculously inflated rates, and they cannot seem to get enough of it.”

India adds that wealthy Americans are “spending money like it’s going out of style.” They are scooping up the best suites and yacht charters and most expensive experiences that wealthy Russian clients might have booked prior. Case in point: Two wealthy American clients of hers are each spending upwards of $2 million on yacht charters in the Mediterranean this summer, and a separate American family just booked a top suite in Monte Carlo for $30,000 per night for the upcoming Monaco Grand Prix.

“Spending is up anywhere between 25-percent and 60-percent in terms of the same vacations clients booked for the last three years,” she says. “They want what they want in terms of top suites, experiences or the best tickets to events like the Monaco Grand Prix, Art Basel or the Open.”

Ezon notes that people want to travel to familiar places they haven’t been able to go to for the past two years. He’s also finding that hotels are increasingly popular compared to villas, which were more coveted in recent years thanks to their secluded nature. “This year people want to be with people,” he says, adding that clients have been seeking out such hotels throughout the Med as Hotel du Cap-Eden Roc, Hotel Santa Caterina, Le Sirenuse, Borgo Santandrea and Grand-Hotel du Cap-Ferrat.

Cannes is among this year’s top destinations for luxury travelers.  Cote d'Azur Tourism Board

He says that there was initially a big concern from hotel owners, managers and salespeople on the fallout of Russian tourism after the start of the war in Ukraine, especially in destinations like Sardinia, Monte Carlo, Cannes, Paris, London and Milan. But with the high demand for travel, Americans are spending up to three times more for a standard hotel room. Rooms that were  $3,000 per night, for example, are now going for close to $6,500.

“Getting a hotel room in the top European destinations this year is like getting toilet paper in a supermarket during Covid,” Ezon laughs. “They’re so desperate to take it that nobody’s asking questions about prices.”

Even so, some hotels who weren’t expecting this demand are falling short in terms of staff and quality service. “(Guests) know they’re getting less of a service experience for the value, but they don’t care,” Ezon says. “They’re desperate to go away. For luxury travelers, a pilgrimage to the Mediterranean is a summer right. At this point, clients are so numb to inflated pricing that they just suck it up.”

There are, of course, benefits of the influx of revenue from American clients (and a rise in Brazilian and Middle Eastern travelers), but some local companies who depend on large chunks of Russian money in the summer will still experience a loss. Jean-Noel Aimasso, a private luxury chauffeur in the French Riviera and owner of Kingdom Côte d’Azur, says his wealthy Russian clients spend at least $215,000 in two months for car services over the summer. Russian oligarchs who own homes here, including Ambramovich, Suleiman Kerimov, Andrey Melnichenko, Alexander Ponomarenko and Victor Rashnikov, also provide jobs for staff in their homes, local catering companies and restaurants, and bring revenue to yacht ports.

“The yacht business has been tough,” Ezon says. “About 30-percent of the yachts are now off the charter market because they were Russian-owned. This actually led to further compression in the Mediterranean this summer, sending charter rates skyrocketing, and a rush to find a great yacht.”

The yacht-filled Port Vauban in Antibes  Cote d'Azur Tourism Board

Global yacht charter company IYC says 2022 bookings have surpassed those of 2019, but local agencies are trepidatious about this season. Liberty Yachting Agency headquartered in Cannes, assists superyachts with port stopovers, luxury provisioning, fuel and transport, and manager Fabrice Viard says that 30-percent of the 1,500 wealthy Russian families who frequent Monaco are back in Russia, and their yachts are nowhere near the French Riviera. Still, he remains confident that the increase in yacht charters from American clients, who he says make up the majority of the yacht charter market, will provide good business for him this year.

One luxury category that’s thriving is private aviation, which saw a 300-percent increase in new customers as a result of the pandemic. Global aviation company VistaJet, which operates in more than 182 countries and specializes in super-medium to long-range aircraft, and has had a 93-percent increase year over year in gross annual hours sold.

While many companies are struggling to provide available aircraft and hours to their members, VistaJet has been strategically acquiring new companies over the past few years to increase their fleet and accommodate both existing and new members. The company owns 10-percent of the world’s largest aircraft, including the Global 7500, which can fly nonstop on routes like Abu Dhabi to Washington, DC.

“In the past a large percentage of our clients would fly the long-haul portion of their trip commercially in first class, then transfer to VistaJet to get to their final destination, but now we’re seeing a trend of people flying exclusively private,” says Leona Qi, president of VistaJet US, who adds that the US now amounts for 40-percent of their customer base.

India even says that many of her clients have been looking to purchase planes as well, as tax breaks for the wealthy have incentivized buying assets. Ezon says that he is also booking a lot of private jets and helicopters within Europe to final destinations like Mallorca, Ibiza, Sardinia and Mykonos.

The Dolder Grand hotel in Zurich

Another country luring even more Americans than usual is Switzerland, as many are combining the mountains with the Mediterranean. Switzerland has always been a sought-after destination for wealthy Russians, especially for those coming in to get plastic surgery, general surgery or other health and wellness-related services.

“For Russians, Switzerland is a status symbol,” says Aurelia Carlen, market manager of the Americas at Zürich Tourism. “Traveling here means they have money and are successful in life in business. Our quality of life is very high, and Switzerland is well-known for the quality of service we provide.”

Like in the South of France, the overall volume of Russian tourism in Switzerland is low, but they bring in significant spending power, Carlen says. But without many of them, she says that Americans are booking the top hotels and suites in Zürich—and for a longer period on average than ever before.

“Traveling is an indication that life is back to normal,” Ezon says. “Wealthy travelers can jet-set from the Hamptons to the Med, and they feel their lives can resume.”