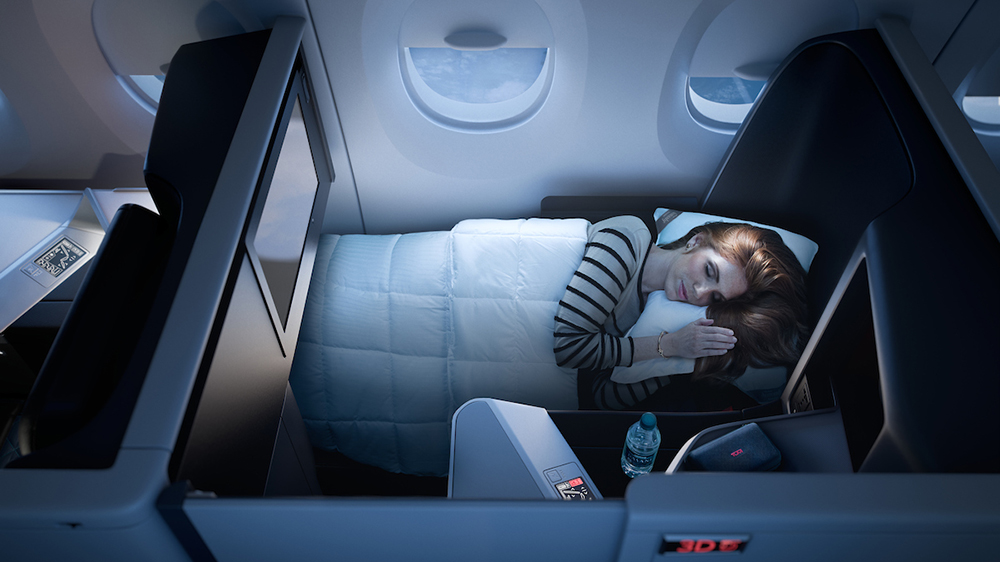 It’s no secret that premium seats aboard U.S.–based airlines have always been a bit underwhelming. For many years cabin upgrades were focused on international fleets, but even then they couldn’t hold a candle to foreign competitors. Between three-room suites with beds to amenities like onboard showers, U.S. carriers could boast about their lie-flat seats all they wanted, but with limited routes coupled with less-than-stellar lounges that blemish the overall flying experience, there was nothing to really write home about.

Domestic flights were even more dejecting. Lackluster “first-class” seats that gave a modicum of extra space and recline felt as though they were decades old. But in the past few years things have been changing. American Airlines launched lay-flat beds in January 2014, which was shortly followed by JetBlue’s extraordinary Mint program later that year. Delta really made a statement when they were the first—and still currently remain the only—U.S. airline to offer an all-suite business class in October 2017, an approach typically reserved for first class on international carriers. The luxurious Delta One suites feature full-height doors, memory foam–enhanced cushions, dedicated stowage compartments, and 18-inch entertainment screens—and there’s more and more of them flying the friendly skies: By the end of this year, 31 planes will be equipped with Delta One cabins with several new routes that include Los Angeles to Sydney, Atlanta to Tokyo, and Minneapolis to Seoul.

There have also been enhancements to lounges, with the most recent addition being United’s Polaris Lounge at Los Angeles International Airport. Providing guests with shower suites, private daybeds, and California-inspired seasonal cuisine in a space that spans more than 12,000 square feet, it’s one of the better options stateside. And while not tied to any particular airline, the recently opened Private Suite at LAX provides well-heeled travelers with an unparalleled experience and the ultimate privacy. So, are U.S. airlines catching up to international competition? There’s still a ways to go, but the tide is definitely (finally) turning.