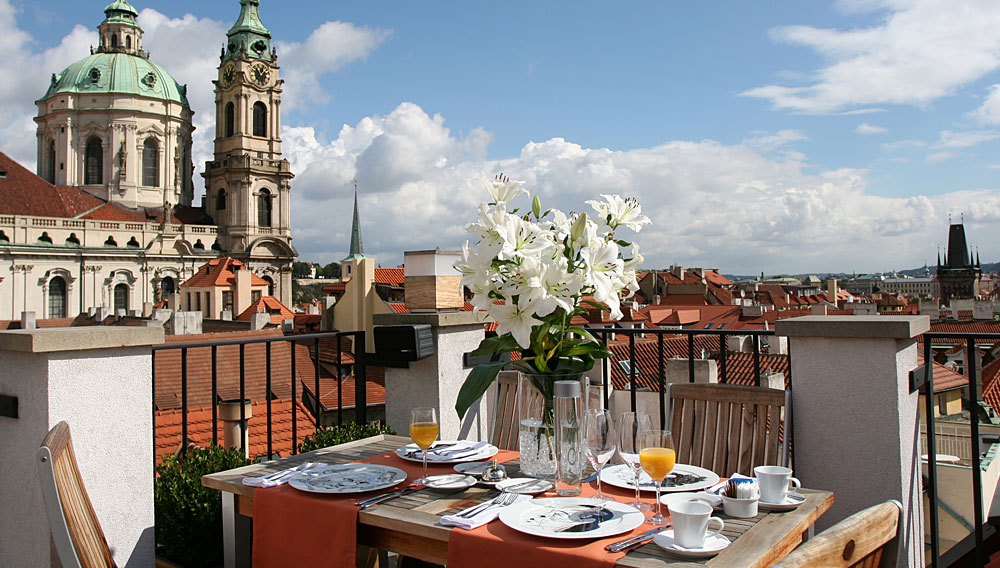 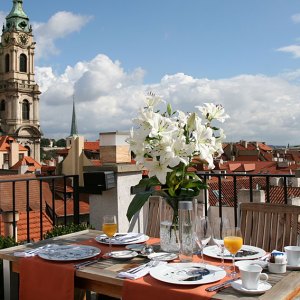 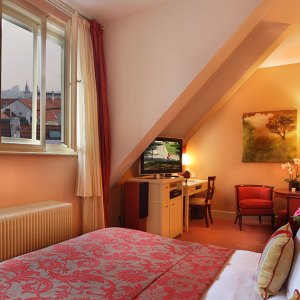 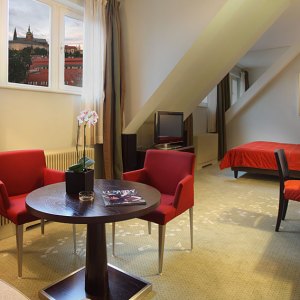 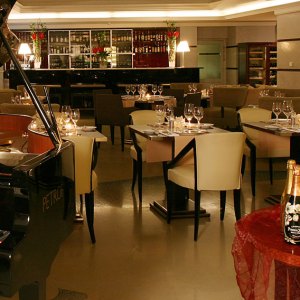 Ivana Stehlikova scans the assortment of books, CDs, and DVDs in the library at Prague’s Aria Hotel. As the music director for the Aria, a 52-room boutique property on the Czech Republic capital’s left bank, Stehlikova manages the library’s music selection, assists guests with concert tickets, and shares little-known facts about the city. “Einstein lived in Prague,” she says. “He played violin, you know.” Many musical legends often frequented the neighborhood of Mala Strana, where, in 2003—off a plaza known to locals as Music Square—veteran hotelier Henry Kallan opened the Aria. Kallan worked with Italian architect Rocco Magnoli, designer of Gianni Versace’s boutiques, to create the musically themed, Renaissance-style Aria, which occupies the former home of the city’s secret police force. Accommodations Each of the 52 soundproofed guest rooms and suites is dedicated to a composer or performer and includes a computer loaded with music files appropriate to the theme. Facilities Stehlikova oversees the hotel’s extensive CD and DVD collection in the music library. Meeting spaces include a private screening room for as many as 40 guests and the intimate Music Box, which seats six. The hotel also has a 24-hour business center and a fitness center with a Turkish steam bath. Dining Eclectic cuisine—from chilled Iranian caviar to tuna carpaccio with wasabi crème fraîche—at Coda Restaurant. In summer, Coda’s rooftop terrace offers a panorama of the City of 1,000 Spires. Breakfast is served in the Winter Garden lounge, where crowds gather at night for performances on the grand piano. Concierge Recommends Stehlikova will arrange for the best seats in Dvorák Hall at the 123-year-old Rudolfinum. Rates Rooms from $300 to $500, suites from $680 (Elvis Presley) to $1,640 (Mozart).