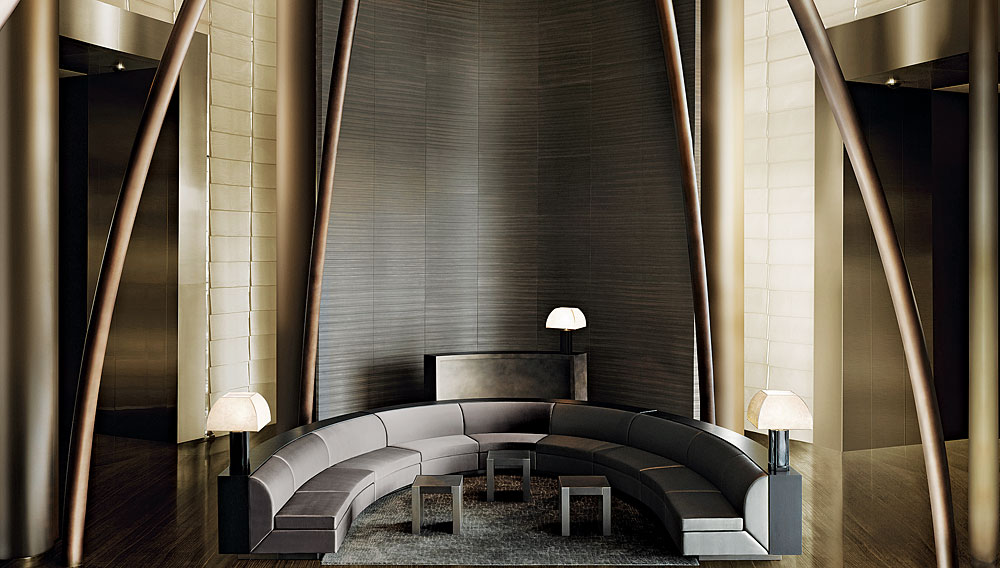 Like the surrounding desert, Armani Hotel Dubai derives much of its appeal from its general absence of things. Fashion designer Giorgio Armani, known for his minimalist style, has all but eschewed color, ornamentation, and natural light for his inaugural hotel, creating a low-lit oasis within a metropolis of dazzling abundance.

Opened in April, the 160-room Armani Hotel occupies the lower nine stories and floors 38 and 39 of the Burj Khalifa, the tallest structure on Earth. The hotel has no front desk; instead, lifestyle managers escort guests from the valet stand to their rooms. Most of the rooms and suites feature sweeping curves of dark zebrawood, leather wall coverings, and heavy drapes to keep out the desert glare.