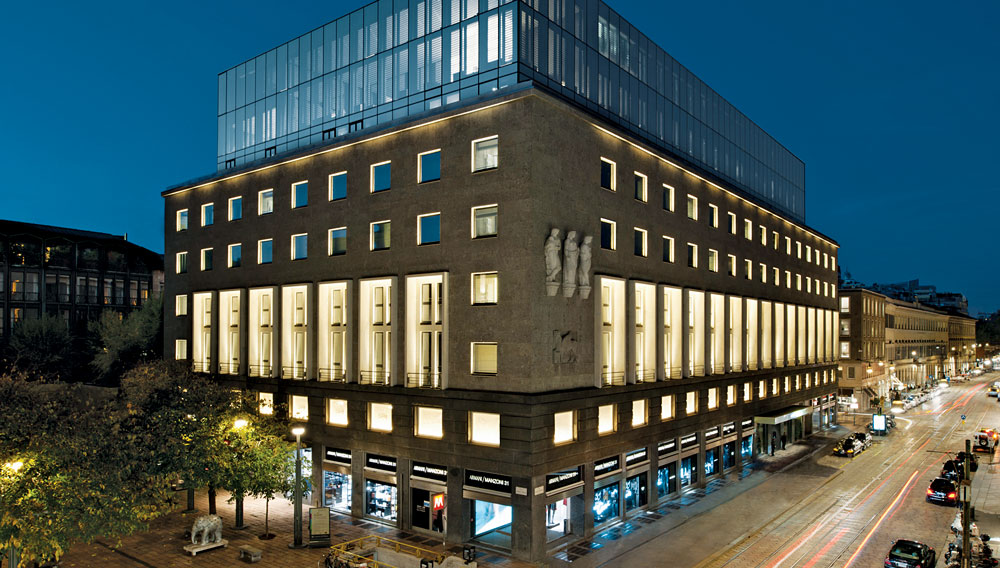 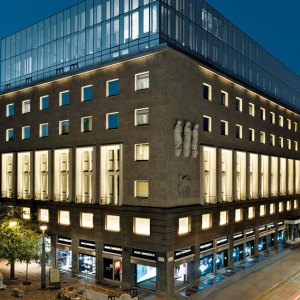 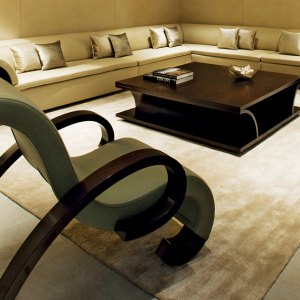 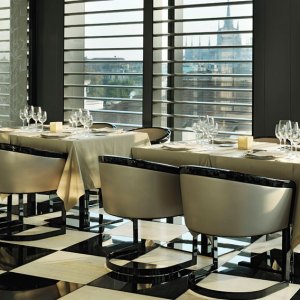 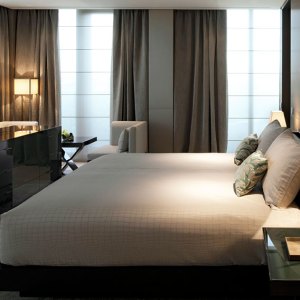 For his second hotel venture, Giorgio Armani headed home to Italy. In a partnership with Emaar Properties of Dubai (the setting of Armani’s first hotel), the fashion mogul spent four years redesigning and expanding his Milan megastore to house the Armani Hotel Milano.

The Armani, which opened in November, is set within the imposing 1937 rationalist-fascist building and a two-story glass addition. Armani’s signature style establishes a subtle sophistication inside the hotel, where gold and black accents punctuate an otherwise neutral color palette, and Asian and Art Deco touches complement clean, contemporary lines. On the ground floor, Armani boutiques proffer jeans, flowers, books, and confections. Accommoda­tions, set on floors two through six, include two sprawling presidential suites overlooking either Via Manzoni or Via dei Giardini, as well as two larger Armani Signature suites.

Capped with the gleaming glass addition, which houses a spa, lounge, and restaurant, the Armani Hotel Milano stands out for yet another detail: From an airplane, passersby might notice that the glass addition was tailor-made in the shape of an A.