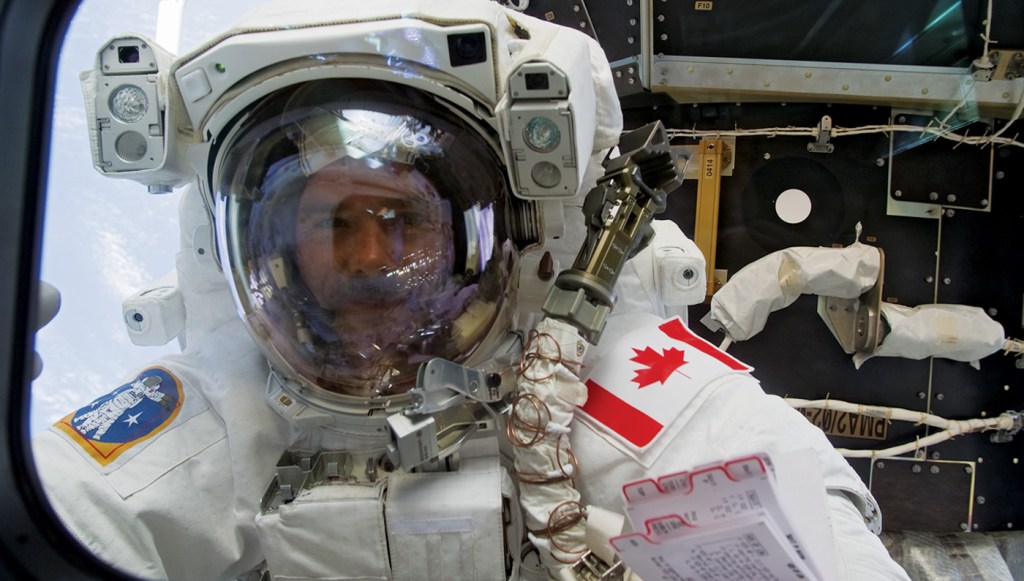 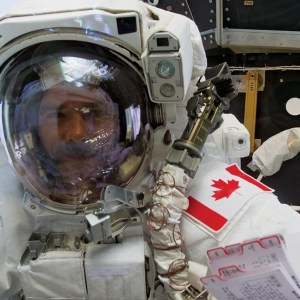 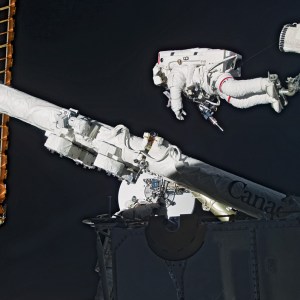 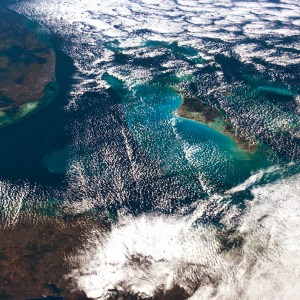 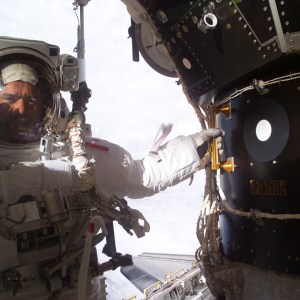 Canadian astronaut CHRIS HADFIELD flew to the Russian space station Mir in 1995 and to the International Space Station in 2001. He returned to the station in 2012 and served as its commander in 2013. The engaging short videos he shot during his last stay in space made him a social-media superstar: His rendition of David Bowie’s “Space Oddity” has been viewed more than 27 million times. His videos could inspire the next generation of astronauts, just as media coverage of the Apollo 11 moon landing in 1969, when Hadfield was 9, set him on a path to space.

“Weightlessness is magnificent. It’s a toy that never winds down. You play with it constantly. You spill your water on purpose. You fly, and you float, and you tumble, and you’re graceful. You’re the world’s best gymnast; you’re a ballet dancer. It’s delightful! And there’s no way to practice that on Earth. The best weightlessness simulators we have—being under­water or momentarily floating in the back of an airplane—they’re nothing like the reality of weightlessness.

“The other surprising thing is the constantly changing and refreshed beauty of the world itself. You’d think maybe by the 500th time around, you’ve pretty much seen it, but that’s not the case at all. I was still lingering by the window on my final orbit. I went around the world 2,650 times, and every time I came around, it showed me something new. There’s just no way to prepare for that, either. The technical stuff you can get ready for, but the wonder and the beauty of it—that’s a delightful surprise.

“I’ve spoken with most of the ISS tourists and helped train them. I counsel them all to be technically competent, to learn as much English and Russian as you can, to become a good crew member, and to do your best not to be a burden on anybody else so you can truly take care of yourself. But don’t get so wrapped up in the schedule and the necessities that you miss the wonder of the event yourself. Don’t just be looking at it through a camera. Don’t just be watching other people. Fully experience it. Do a hundred somersaults. Go stick your face by the window and take the time to watch one entire crossing of North America or Asia and soak it up. Float weightless and notice how it really feels. To truly internalize the experience and let yourself have the time to love it fully—that’s the important part.

“I would love another space flight, but it’s a huge amount of work, and it’s extremely rare. I flew in space three times. I’ve been immensely lucky. My emotions are all ones of delight and awe and pride and satisfaction, and I’ll have a secret smile for the rest of my life.”

The Virginia-based space-tourism company Space Adventures (spaceadventures.com) arranged all eight of the flights that have carried private citizens to the International Space Station. Each person traveled in a Russian Soyuz spacecraft and spent at least 10 days aboard the station. Prices reportedly ranged from $20 million to $40 million. The first flight was in 2001, and the last one was in 2009. A representative from Space Adventures said the company has been “briefing [its] clients on exciting future spaceflight opportunities” but declined to give specific information about upcoming flights.