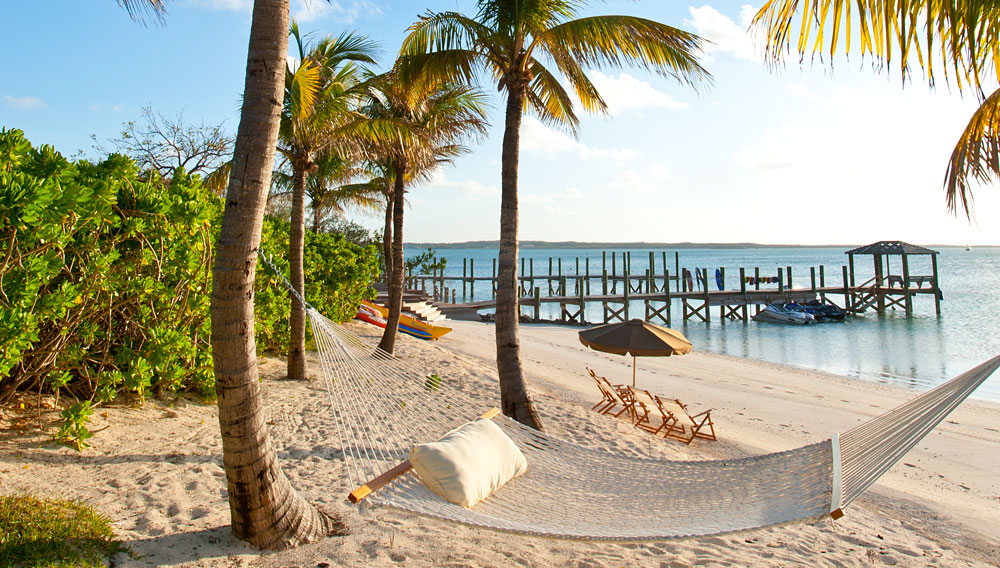 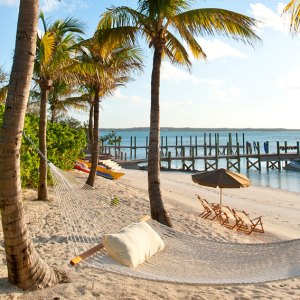 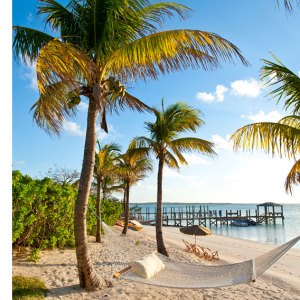 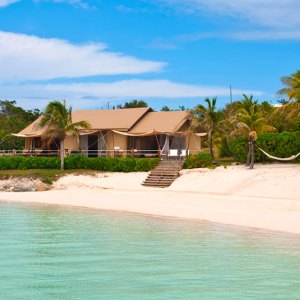 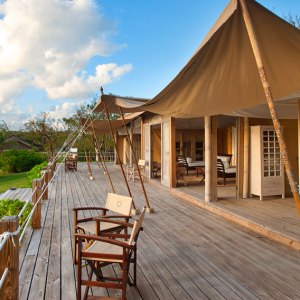 One of the Bahamas’ oldest settlements, Harbour Island has served as a home to pirates, British loyalists, and Prohibition-era outlaws. But over the last two decades, the idyllic island known for its pink-sand beaches has gained its greatest notoriety as the go-to getaway for A-list jet setters in search of privacy, from fashion designer Diane von Furstenberg and media tycoon Barry Diller to model Elle Macpherson and the fashion photographer Bruce Weber. For those visitors without a home on the island, however, the retreat has remained largely off-limits, with few reliable rentals and only a handful of subpar hotels to choose from.

But all of that changed in May when one of Harbour Island’s most venerated estates entered the rental market. Owned by an international financier and his high-profile actress partner (who both wish to remain anonymous), Three Bees (priced from $120,000 per week, all-inclusive) is located within the island’s exclusive Narrows neighborhood on 12 verdant acres stretching from the famous Pink Sand Beach on the western shore to a smaller private beach on the east.

The three-villa estate, which sleeps 26 and can entertain up to 100, is an eclectic compound of varying styles, the result of years of renovations, restorations, and additions. Villa Bee, a five-bedroom colonial-style mansion with wraparound verandas overlooking the sea, serves as the property’s epicenter. Built in the 1970s and recently renovated, the villa has historic spaces overflowing with a collection of souvenirs, including a set of vintage binoculars salvaged from a World War II–era Japanese battleship and a series of polished tortoise shells collected during the owners’ world travels. Nearby, a second villa has a simpler decor, featuring light wood accents and a private kitchen of its own. Most secluded, and perhaps most interesting, are the estate’s newly completed beachfront tents. Open to the ocean breeze, the safari-style accommodations are rustic-chic with teak four-poster beds, billowing canvas walls, and a private suite for spa treatments.

Guests at Three Bees are expected to make themselves at home during their stay. A full-time staff of 23—including a masseuse, a boat captain, a personal chef, a fishing guide, and a concierge—tailors each day to visitors’ whims. Mornings can be spent cruising the isles on the property’s 37-foot Midnight Express powerboat or sunning on Harbour Island’s only private beach. Meals may be taken anytime, anywhere, and guests are encouraged to be as hands-on in the development of the menu as they choose. Come evening, alfresco dinners on Villa Bee’s veranda may be followed by a movie in the palapa-style home theater or a digestif in the lounge.

Those who crave some local flair may choose to wander into town—the property comes with a fleet of all-terrain vehicles and golf carts perfectly suited for such an outing—to enjoy a cocktail at Sip Sip or a bite at the Landing. Many guests, however, will understandably opt not to leave the serenity of their surroundings at all, choosing to soak up Harbour Island like the rest of the island’s well-heeled residents—in absolute privacy. (800.225.4255, www.threebeesvilla.com)