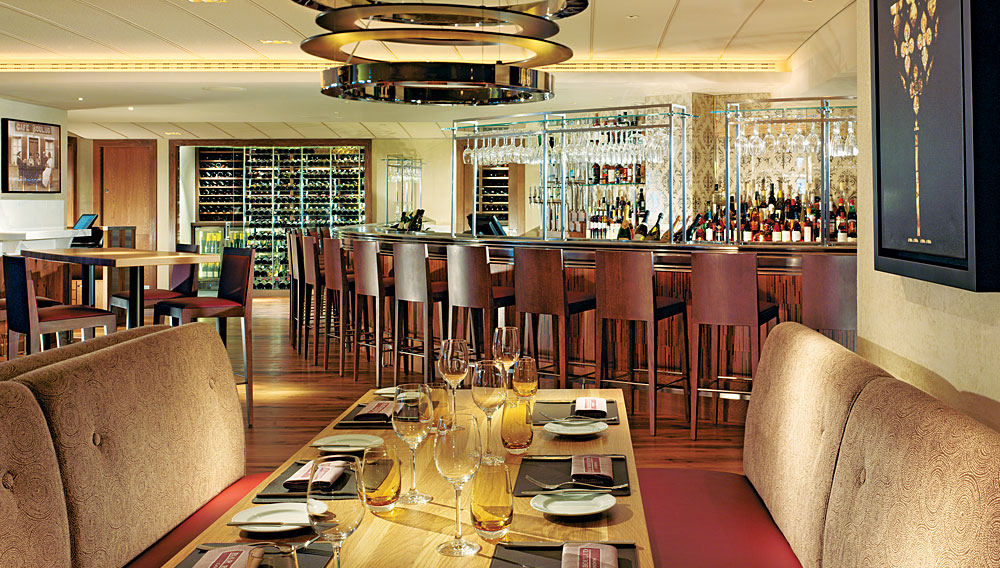 Daniel Boulud—the French-born chef who built his culinary career and restaurant empire in New York—this May opened Bar Boulud, London, at the Mandarin Oriental Hyde Park hotel. The wine-themed modern tavern, Boulud’s first restaurant in Europe, puts a British spin on the best of the chef’s casual New York eateries, which include the original Bar Boulud on the Upper West Side. The new restaurant was decorated by the prolific designer Adam Tihany, who referenced the wine motif with burgundy-hued chairs and oak wainscoting. Boulud also collaborated with charcutier Gilles Verot, whose cured meats at the London outpost include a heavenly boudin blanc and local favorites such as smoked pork. Bistro specialties—including the hearty coq au vin made famous at the New York Bar Boulud—are also on the menu, as are a few of the chef’s new-fashioned burgers from his Bowery eatery, DBGB. Bar Boulud, London, +44.20.7201.3899, www.barboulud.com