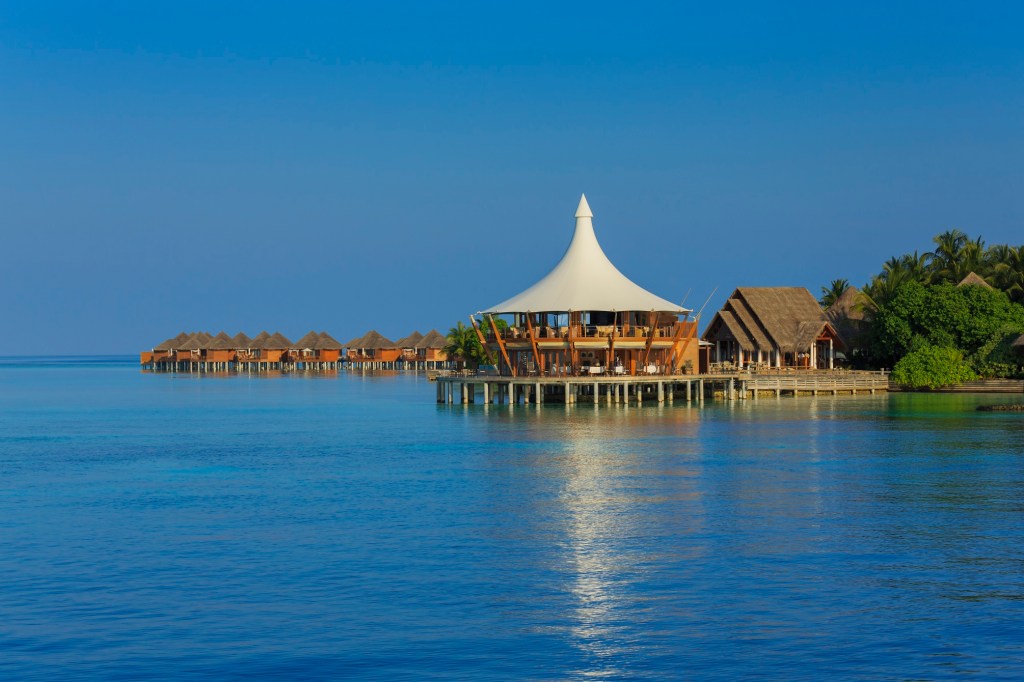 The Lighthouse Restaurant is the hallmark of Baros Maldives

The chefs of Baros Maldives won 22 medals for their cooking at the 2016 Hotel Asia Culinary Challenge held in Male’, capital of the Maldives, 4 to 7 September. In addition, the island resort was judged the third Best Culinary Establishment in the Maldives out of 40 hotels that competed.

The Hotel Asia International Culinary Challenge is held annually and this year 300 chefs took part competing in 20 categories with their dishes judged by a panel of 18 internationally certified judges, global award-winning chefs and world culinary professionals.

Baros Maldives triumphed with three gold medals, two of which were won by Maldivian chef, Ibrahim Nathif, for Hot Cooking Poultry and Pasta Hot Cooking. The third gold went to Dilanka Prasad for his Honeymoon Cake. Prasad was also recognized as the second Outstanding Pastry Chef of the competition. Eleven silver medals were won by 10 chefs from Baros Maldives, with Senaka Bodawaththa taking two, for Hot Cooking Lamb and Hot Cooking Seafood. The awards, which included eight bronze medals and seven Certificates of Merit were won by 13 chefs from the resort.

The General Manager of Baros Maldives, Attila A E Domby, congratulated the chefs on their achievements. “I am especially pleased,” he said, “that medals were won in categories essential to our World Travel Awards reputation as the Best Boutique Resort in Maldives for 2016. Having won a gold for the best honeymoon cake and medals for superlative hot cooking, shows our chefs are dedicated to serving our guests the best in culinary fare.”

Baros Maldives is a privately-owned Maldivian island, just 25 minutes by luxury speedboat from the Maldives International Airport, with 75 secluded villas, both over water and by the beach. The resort has three gourmet class restaurants as well as private dining being available on Villa decks, during a dhoni cruise, on the beach or on a sandbank in the lagoon. There is also a cocktail lounge, a palm garden bar and a curated connoisseurs’ wine cellar.