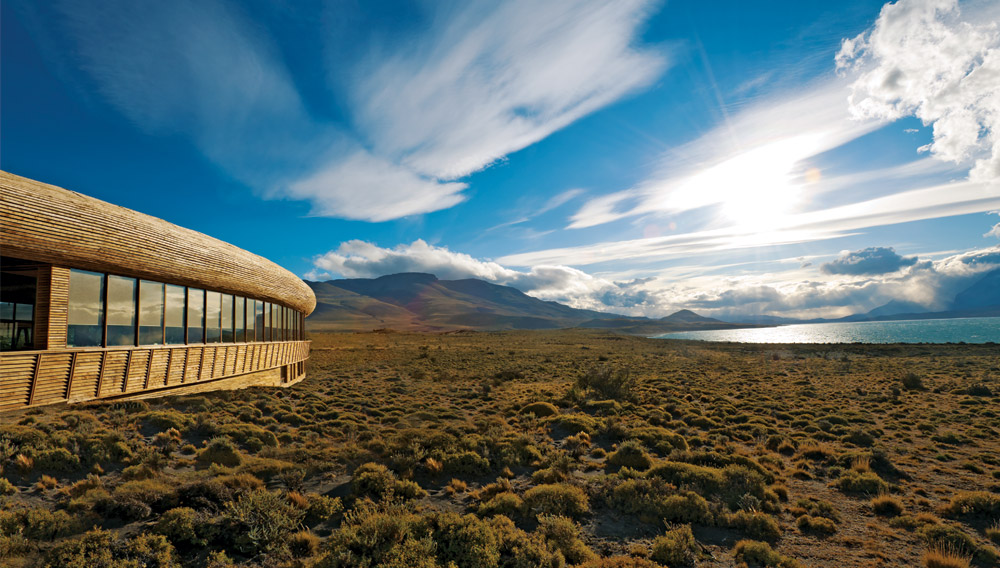 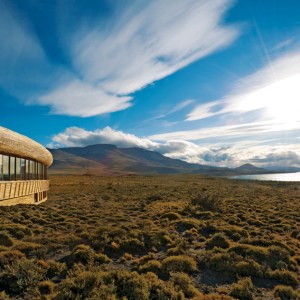 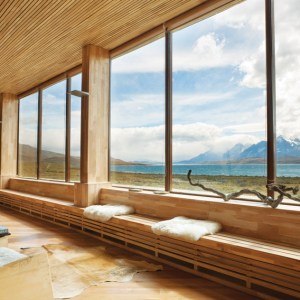 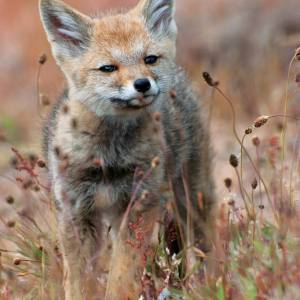 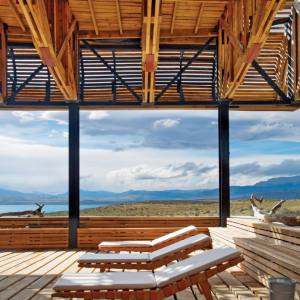 A puma-tracking trip in Chilean Patagonia reveals the hidden life in one of the world’s most extreme and extraordinary landscapes.

Pía Vergara is looking for volunteers. The Chilean photographer is seated at the head of a long wooden table, where much lamb stew and Carménère has been consumed over the course of dinner. The wine has bolstered my Spanish skills, or at least my confidence in such, and emboldens me to raise my hand. My confidence wanes, however, when the prudence of Vergara’s mission comes into question: No one else in the group—a dozen aspiring wildlife photographers who have gathered outside Chile’s Torres del Paine National Park—accepts her invitation to track the elusive Patagonian puma.

Vergara, an expert on Patagonian wildlife who has published two books of photography on the region, is leading our group on a multiday journey in and around Torres del Paine. The trip is based at Tierra Patagonia Hotel and Spa, a 42-room adventure lodge set on the desolate shores of Sarmiento Lake, less than a half hour’s drive from the park’s entrance. A sweeping structure of lenga wood and glass, the 3-year-old lodge looks across the lake to Torres del Paine’s namesake massif. Last year the property debuted a series of wildlife-photography trips (available in September, October, March, and April) hosted by Vergara, who offers an insider’s perspective on this southernmost stretch of South America.

“I want to show people my way of seeing Patagonia,” she says. “We visit all the typical places in Torres del Paine—and other lesser-known places—but with a different angle. We stay more time in each place and wait for nature to surprise us.”

“Typical” places in Torres del Paine are anything but. The 598,000-acre park is one of the world’s most visually striking, with soaring peaks, thundering waterfalls, teal rivers and lakes, and Windex-colored icebergs and glaciers. The park is also home to an array of wildlife, including Andean condors, guanacos (close relatives of the llama), swans, South Andean deer, South American foxes, and, of course, pumas.

When I first arrived in Patagonia, my driver on the 4-hour ride from the airport to the lodge declared that the region’s pumas are larger than their North American counterparts. Factual or not, the claim seems credible in Patagonia, where everything is bigger. Jagged 9,000-foot-high mountains rise straight from low valleys to their snowy peaks. Condors with 10-foot wingspans nest in sheer cliff walls, while ostrich-like rheas sprint through estancias that stretch for miles to the horizon. The sprawling terrain is an ideal habitat for the puma, which requires a massive territory—more than 100 square miles for a single male—to accommodate its solitary way of life.

Introverted as it is, the puma goes by many names. Mountain lion to many, cougar or panther to others, the cat actually holds a Guinness World Records mark as the mammal with the most monikers—40 in the English language alone, including deer tiger and ghost cat. It is known by its most common name in Patagonia, where it is not unusual to encounter travelers on a puma pilgrimage.

Sergio Echeverria, the head guide at Tierra Patagonia, recalls one American client of his who came to Patagonia to check a puma off his list. “He had been around the world and seen every other big cat—tiger, lion, cheetah, leopard, jaguar, even a snow leopard—in the wild,” Echeverria says. “He spent a week hiking through Torres del Paine and never saw a puma.”

Indeed, a wildlife safari in Patagonia is often more about the beauty of the landscape than it is about the beasts. Animal sightings are for the most part a bonus, an intermittent enhancement to the majesty of the region’s peaks and pampas. “Sometimes you can be on a trail or in a car for a couple of hours and not see anything, not even a bird,” Echeverria says. “With the wind, the rain, and the snow, everything lives under the weather in Patagonia. There are a lot of animals that you never see.”

Signs, if not sightings, of the puma are everywhere. On our first day in Torres del Paine, we stopped on the shores of Amarga Lagoon, a glassy lake that reflects the park’s torres, or towers, in a perfect mirror image. Small paw prints, likely those of a juvenile cat, led down the gravelly beach to the water’s edge.

A subsequent hike along the park’s Hunter’s Trail revealed more obvious evidence of the predator: Guanaco carcasses littered the trail, some picked to the bone, others more or less intact. “Young pumas kill more guanacos than they need to, for hunting practice,” said our guide, Felipe. “They leave them for the condors, foxes, caracaras, and armadillos to eat.”

The next day, an eight-mile hike through valleys, along rivers, and across snow-covered fields netted nothing more than a lone owl. A boat trip on Torres del Paine’s Grey Lake also came up short on sightings, likely because we could not take our eyes off of the brilliant blue icebergs that dotted the route to Grey Glacier, where massive sheets of ice calved into the water with mighty crashes.

The group split up the next morning at Condor Ridge, a towering basalt outcropping that rises from the pampas on Tierra Patagonia’s private estancia. The ridge, which is open only to guests of the lodge, is a favorite nesting ground of the Andean condor, and three of us opted to scale the cliffs to see one of the world’s largest flying birds from above. Hiking up and along the 1.5-mile route, we encountered condor after condor—roosting, taking off with magnificent flaps, and soaring with a low whistle as their immense wings weathered the Patagonian winds.

After a steep descent, we headed back to the hotel for lunch, where we met the remainder of our party. Their morning outing, a leisurely hike on the estancia, revealed foxes, guanacos, and a variety of birds, but no signs of the Patagonian puma. Several hours later, in a last-ditch effort to glimpse the ghost cat, I signed on for Vergara’s expedition, without entirely knowing what I was signing on for.

Vergara’s wake-up call comes alarmingly early the next morning—a fact, I deduce, that might explain the mission’s lack of volunteers. Within minutes, at 4:30 am, I set off with Vergara, Echeverria, and an Argentine journalist who apparently has been persuaded to join us. Echeverria steers our SUV slowly along Tierra Patagonia’s bumpy half-mile driveway before reaching the main road, which follows the shore of Sarmiento Lake toward the park. A few minutes in, Vergara bundles up in her black North Face jacket and rolls down the passenger-seat window. Sitting on the sill, she shines a floodlight into the dark and freezing morning, scanning the hills and shoreline for the ojos verdes, or green eyes, of the puma.

Shaped by the region’s powerful winds, the Patagonian landscape is virtually devoid of large trees. The low-lying bush offers little in the way of shelter for big cats, but in daylight the puma’s yellowish-gray coat camouflages perfectly with the pampas grasses. In darkness, however, an animal’s eyes can be spotted from a considerable distance with a floodlight, as Vergara’s beam soon reveals: She catches a promising pair on a far slope, but they are gone as quickly as they appear, too fast for a positive identification.

An hour passes with a few more false alarms. The cold morning and the lack of sleep are prompting talk of turning back until, suddenly—“Puma!”

Vergara has her light locked on a pair of flashing fluorescent green eyes no more than 15 yards away. The cat rises slowly, bothered, perhaps, but certainly not concerned. It turns, showing its full 6-foot length, then crosses the dirt road directly ahead of us. For the first time all morning, all conversation in the car ceases.

Vergara’s floodlight follows as the puma strides down the hill toward the shore of Sarmiento, eventually disappearing behind a rocky promontory. We wait until the sun rises before exiting the vehicle and splitting up, one in each direction. We are searching not for the cat but for a carcass; if the puma has been feasting on a recent kill, we can be sure it will return. But after wandering the hills for more than an hour, we meet back at the SUV with no reports of prey—and no further sightings of the cat.

On the way back to the hotel, as we take in our final glimpses of Torres del Paine’s frosty peaks, we pass guanacos and rheas traipsing through the pampas. Turning back into Tierra Patagonia’s driveway, we spot two massive male condors roosting on a rock and, just below the birds, a South American fox lying in the grass. The wild landscape of Patagonia, it seems, has revealed its hidden beauty.