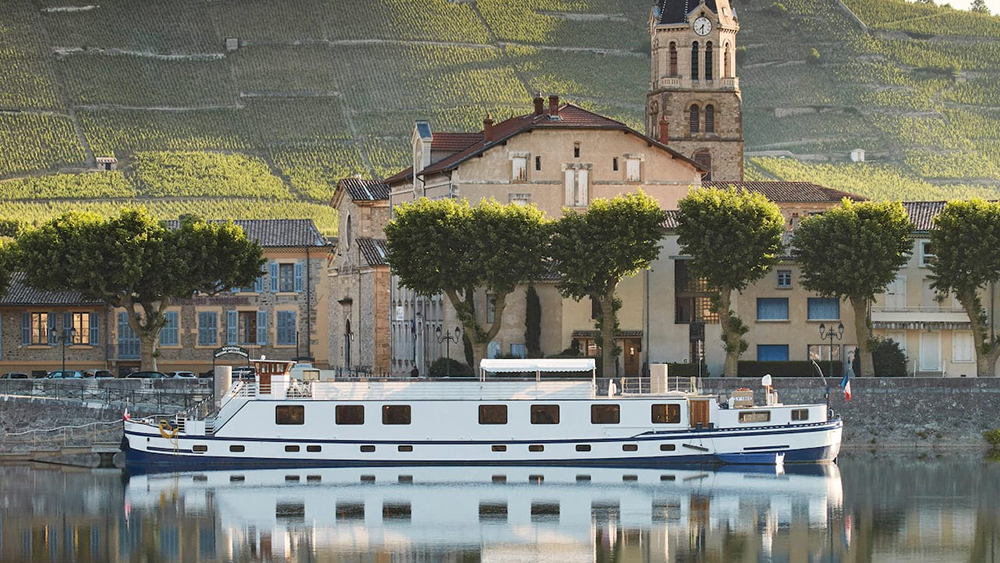 Imagine floating through France aboard a luxury barge, dining at a different Michelin-starred restaurant each day. Sounds like an epicurean’s dream, right? Well, thanks to Belmond it’s now a reality.

The renowned hospitality brand—which was recently acquired by luxury powerhouse LVMH—has just announced its “most decadent cruise to date.” Dubbed the “Epicurean Burgandy: A 12-Star Cruise,” the itinerary sees seafarers sail from St-Jean-de-Losne to Lyon, through the food-and-wine meccas of Burgandy and Beaujolais.

Throughout the week-long cruise, guests will be invited to sample the finest haute cuisine at six Michelin-starred restaurants, including eateries with one star and others with the highest accolades. Each day brings a different eating experience that’s sure to please the most discerning foodies.

But, let’s get straight to the three-starred fare. Guests will be treated to a lunch at Maison Lameloise with none other than executive chef Eric Pras. The three-Michelin star eatery has been serving up traditional Burgundian plates with a contemporary twist since 1921, think fizzy pickled garlic and nettle coulis or the obligatory snail tart.

Meanwhile, at Georges Blanc‘s eponymous three-star joint in Vonnas, guests can sample a modern riff on Bresse Chicken or tuck into classic Vonnas pancakes which have been entirely reimagined.

Of course, the gastronomic week extends well beyond these starred restaurants. Guests will also have an opportunity to stop at the historic Clos de Vougeot where Cistercian monks first began making wine in the 12th century and take a private tour of the iconic Hotel-Dieu—a 500-year-old gothic landmark which is rife Burgundian history.

There will also be plenty of time to explore the charming French towns of Chalon-sur-Saone, Tournus and Lyon—the latter of which is the new home of Cité Internationale de la Gastronomie and considered a must-see for those with a penchant for Gallic cuisine. Other on-land activities include cycling along the canal paths, visits to local markets and cooking classes.

The best part? The cruise is all-inclusive, which means all meals and private transfers are covered and there’s a complete crew onboard to cater to your every whim. The barges can accommodate between four and 12 passages and can be further customized to suit your needs.