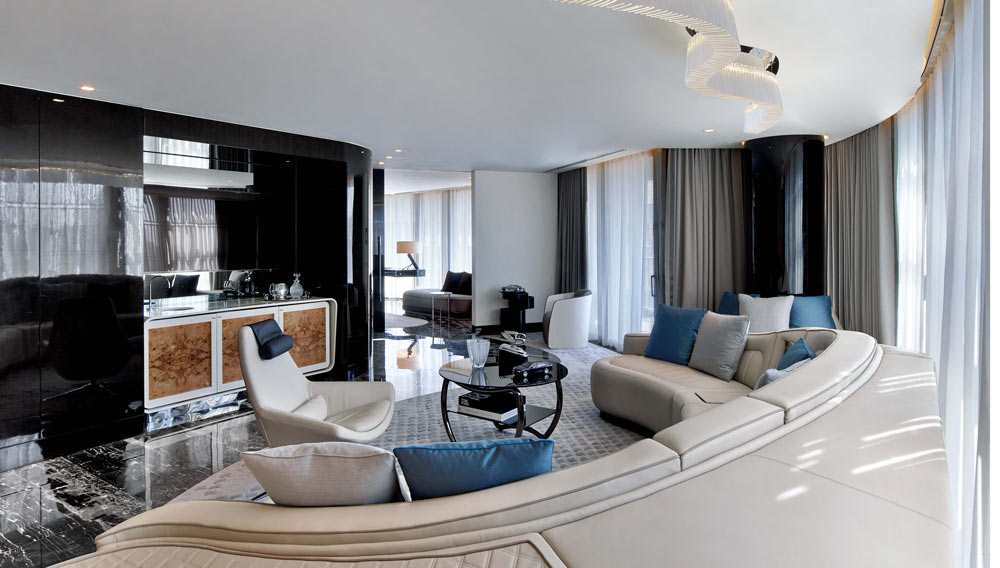 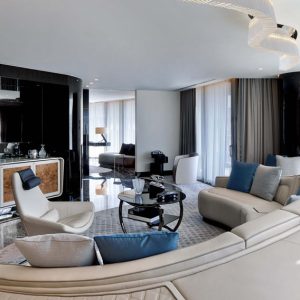 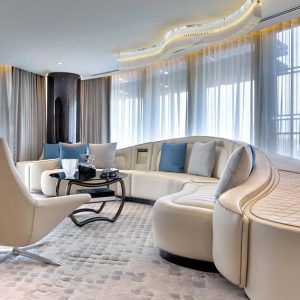 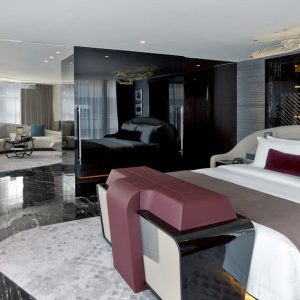 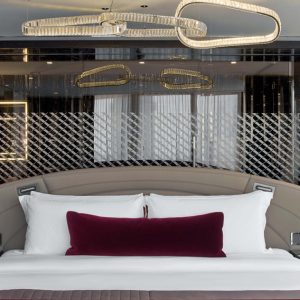 The St. Regis Istanbul has just debuted the Bentley Suite—a one-bedroom corner suite with design cues inspired by the Bentley Continental GT. From the nearly 1,350-square-foot suite, floor-to-ceiling windows and an oversize terrace give guests a panoramic view of some of Istanbul’s most iconic sights, such as Maçka Park and the Bosporus.

Within the suite, custom Bentley design cues are everywhere. The foyer’s marble floor—inset with a design reminiscent of the Continental GT’s wheels—is reflected by mirrored ceilings. Dominating the living room is a built-in sofa upholstered in Bentley leather, which also features two Champagne-bottle coolers. The room’s light fixture is based on the Continental GT’s jeweled headlights and the curves of the Nürburgring racetrack. The wet bar is inspired by the car’s dashboard, and its doors open to reveal three signature Breitling clocks. To top it off, a custom humidor crafted in Bentley’s woodshop is integrated into the bar.

Along with other tech goodies, such as a 40-inch pop-up television and an iPad for room controls, the suite features a high-performance Naim Audio system inspired by the versions found in Bentley cars. Even the bathroom features a 19-inch mirror television, which guests can enjoy from the glass-enclosed rain shower or freestanding bathtub. The Bentley Suite sleeps as many as four people and is priced from about $5,680 per night.

The suite is Bentley’s first in Europe, following its successful version at the St. Regis New York, and the automaker says it marks the next phase of partnership between the two companies. (thestregisistanbul.com)